HomeSTATESPolice failed to find missing father in his own home twice after...
STATES
November 12, 2022 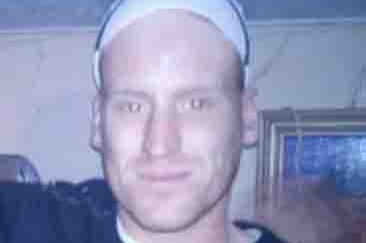 
A MISSING father was found dead behind a piece of furniture on the third search of his home after police failed to find him twice.

Danny James Clarke’s body was discovered by police on their third search of the house, after failing to find him during two previous inspections.

Police eventually found the 37-year-old behind a piece of furniture, under a mattress, in the spare room on April 9, at the home in Rauche Court, Normanton.

His family slammed Derbyshire police at the inquest held at Derby Coroner’s Court on Thursday, November 10 and claimed there are unanswered questions surrounding Danny’s death.

Jodie Clarke, Danny’s brother, said: “From the first day, the police never took it seriously. He was missing for weeks and weeks before they even bothered to start investigating anything.

“Danny had lost a lot of weight and was struggling to walk up and down the stairs, yet somehow he got over all of the furniture in that room and got himself under the mattress at the end of the room, and police haven’t found that suspicious.

“There is no physical way that Danny would have been able to get over that on his own, and we don’t understand why he would have done it.”

Dr Biggs also said that toxicology showed no abnormally high levels of drugs or alcohol which could have led to death.

However, also suspicious was 28-year-old brother Jack, who spoke after the inquest and said: “There are a lot of unanswered questions. We don’t think the police did a thorough investigation, to the best of their abilities.

“I don’t think the police have done enough. I feel they should have taken more into account, and should have read more into what they heard and statements they took.”

Detective Sergeant Simon Rogers, of Derbyshire police, told the court that Danny was reported missing in the early evening of March 15 by his brother’s partner.

Two officers attended the property the following day due to a large amount of call outs and searched the box room, but did not check under the mattress where Danny’s body was later discovered.

Police only registered the Derby father as a high risk missing person two weeks later, when he failed to withdraw monthly benefits from his account.

DS Rogers told the court: “The officer [who searched the room] said he was satisfied that the room was in such a state that he did not believe anyone was in there.

“The individual officers involved have been spoken to by the Detective Inspector for Derbyshire, and advised as to how to conduct searches and the reason we go into a decent level of searching.

Danny’s cause of death was ultimately ruled as undetermined by Dr. Biggs due to no conclusive evidence of any natural, toxicological or traumatic causes of death.

In line with the medical evidence, Susan Evans, assistant coroner for Derby and Derbyshire said: “Having seen photos of the box room, I do have sympathy with the decision not to search the room at the time.

“I welcome the evidence that the police have learned from Danny’s death and would now search the box room or at least note that they had not searched the box room.”