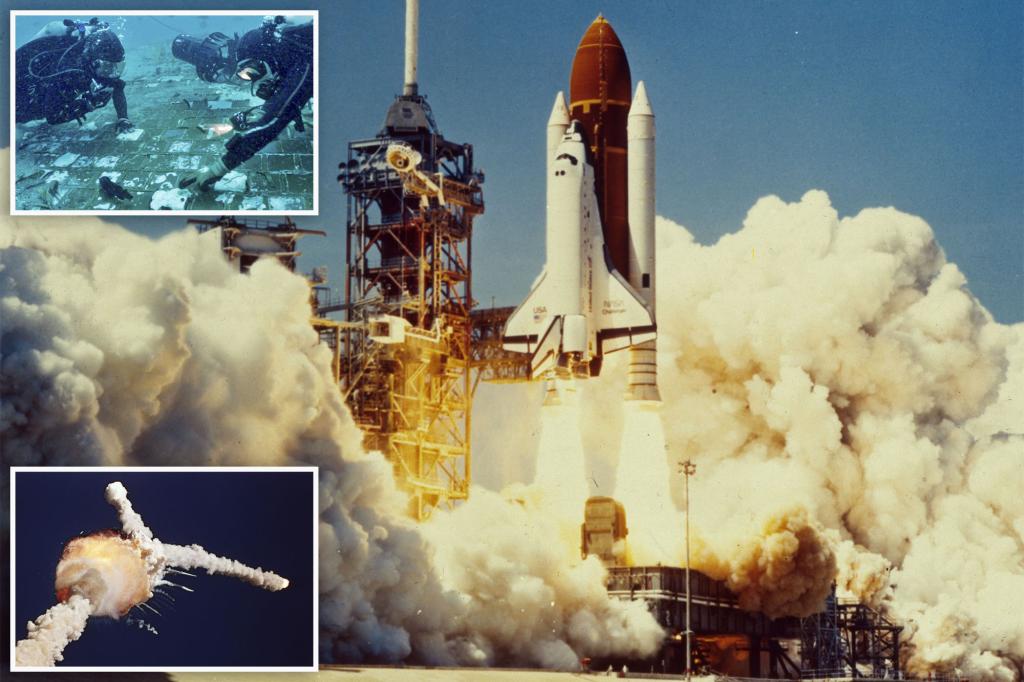 
Divers searching for a World War II-era aircraft along Florida’s east coast accidentally stumbled upon another tragic American artifact — a piece of the space shuttle Challenger that exploded on live television nearly 37 years ago.

A History Channel documentary team was filming their expedition when they came upon “a large human-made object” with “modern construction and presence of 8-inch square tiles” covered partially by sand on the seafloor, NASA announced Thursday.

A Partial video of the exploration posted by the History Channel shows two divers curiously investigating the hunk of metal on the ocean floor in close proximity to the Florida Space Coast. They point out odd rivets and characteristics, but can’t pin down what they’re looking at.

“Definitely an aircraft. I think we need to talk to NASA,” one of the divers says.

After reviewing the footage, the space agency confirmed the artifact once belonged to the shuttle.

“While it has been nearly 37 years since seven daring and brave explorers lost their lives aboard Challenger, this tragedy will forever be seared in the collective memory of our country,” NASA Administrator Bill Nelson said in a statement.

“This discovery gives us an opportunity to pause once again, to uplift the legacies of the seven pioneers we lost, and to reflect on how this tragedy changed us.”

The Challenger took off on its doomed journey from Cape Canaveral space station Jan. 28, 1986, and exploded just 73 seconds after liftoff.

The malfunction was caused by unexpectedly cold temperatures that affected the integrity of the rocket’s O-ring seals, allowing superheated, pressurized gas to burn through. The crew may have survived the initial disaster and likely died from the intense, 200-mile-per-hour plummet into the ocean.

NASA is considering what to do with the artifact “that will properly honor the legacy of Challenger’s fallen astronauts and the families who loved them,” the agency said.

Other items recovered from the Challenger have been memorialized in various ways to honor the crew’s memory.

An exhibit remembering the lost Challenger crew was launched at the Kennedy Space Center in 2015. In 2017, a soccer ball brought on board by NASA astronaut Ellison Onizuka that was signed by his daughter’s high school teammates was launched into space outside the International Space Station.

The discovery will be aired on the History Channel Nov. 22 as part of the series “The Bermuda Triangle: Into Cursed Waters,” although the artifact was found “well northwest” of the mythical area, NASA said.