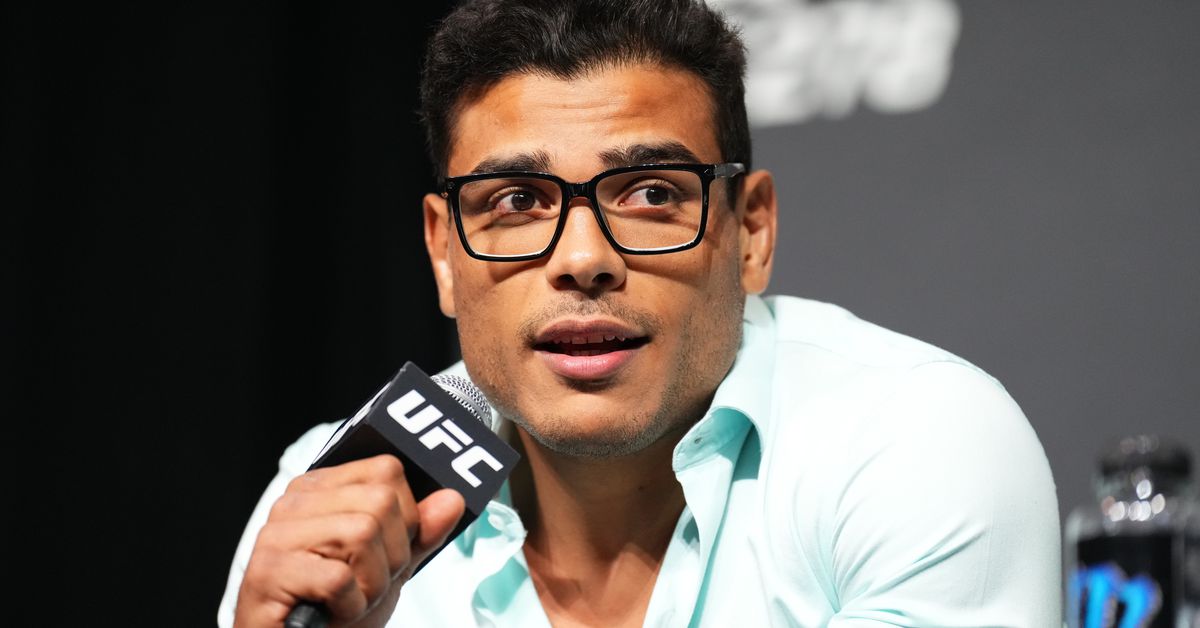 Following his fifth-round TKO of Israel Adesanya at UFC 281 earlier this month, Pereira was declared ‘easy money’ by Chimaev, who wrote he would finish the new champion in one. [round]. After seeing how Pereira struggled on the ground with Adesanya, the undefeated upstart wasted no time trying to get a fight on either UFC 282 or UFC 283. As far as former title contender ‘Borrahchina’ is concerned that was a smart approach by the Allstars Training Center fighter.

Speaking to Submission Radio Recently, Costa explained why he would favor Chimaev over Pereira should they share the Octagon.

“It’s funny,” said Costa. “Yeah, he wants to beat Alex in Rio De Janeiro. Yeah bro, he’s smart, he’s smart. I think if he fought Alex, he will be a big problem to Alex, because Alex has no grappling. You know, MMA is so different to kickboxing. But yeah, I think odds are against Alex if that fight happens. But I don’t think they will be going, I don’t think that the fight will happen. I’d like to fight him. I asked him to fight him a couple of weeks ago. He said, ‘No, I will still [compete] in 170, I will not go to 185’. But he saw a huge opportunity to get the belt easily.”

With UFC president Dana White and co. Working on a potential fight between Chimaev and Colby Covington, it is unlikely that ‘Borz’ will actually get the next shot at Pereira. That chance seems more likely to go to Adesanya, who has set his sights on a rematch.

As far as their first fight is concerned, Costa thought Adesanya fared well against Pereira until the fifth and final round. That said, ‘Borrachinha’ has no idea of ​​how the rematch might go.

“[It] Was a very good fight,” said Costa. “I think Adesanya was a little bit better than Alex. But yeah, a couple of hands finished the fight. Alex has a lot of power in his hands — small gloves. I was happy. I was very happy for Alex.

“Adesanya has a problem to get hits,” continued Costa. “I think he’s not as durable as the other guys. Alex is durable. But Adesanya’s not too much. So, Adesanya did very well avoiding Alex for almost five rounds, but he could not avoid him to the end. You know, keep the distance until the end. So, he was caught. I don’t have a prediction for if they rematch.”