HomeSTATESOur estate could collapse from a massive sinkhole - it's ruined our...
STATES
November 23, 2022 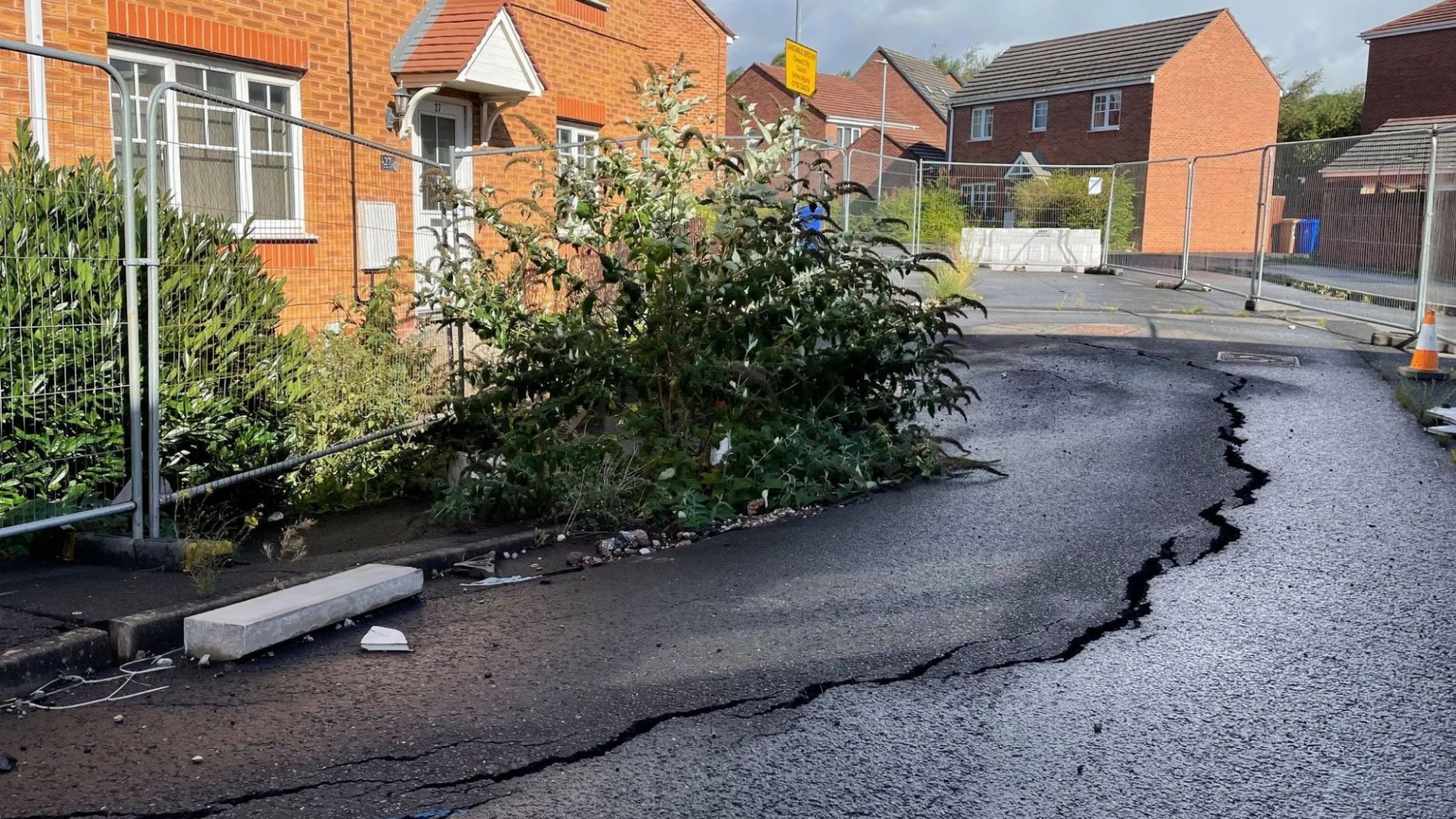 
LOCALS are living in terror as a massive sinkhole could cause their entire estate to collapse.

Residents of Boatman Drive in Stoke-on-Trent, Staffordshire have been complaining about the hole since 2018, but have recently discovered that work to fix it could actually make it worse.

A council commissioned report, which involved drilling four boreholes in the street, revealed that the issue was likely due to an ‘adverse soil/water interaction’ on the former marl pit site.

The report proposed excavating the pit and strengthening the road with a base of piled slab on the underlying bedrock.

However, the paper admitted that the approach is ‘not without risk’ as the interaction between the soil and the water is ‘not fully understood’.

The findings said: “Whilst it is envisaged that all appropriate precautions would be undertaken during construction and that working methods would be carefully considered in an attempt to avoid or control perceived risks, there remains some risk that the construction activity, in itself, could trigger an acceleration or expansion of the subsidence that has already been observed over a wider area of ​​private property, extending beyond the limits of the public highway.”

It also urged the council to ‘take ownership’ of these risks.

Residents say their lives have been “ruined” by the sinkhole.

Deliveries refuse to turn up, emergency service vehicles cannot gain access and 50 residents are left competing for one of five parking spots.

Homeowners have to park their vehicles on the main road and walk at least five minutes to their front doors – meaning their drives and garages are now redundant.

There was even a case where a neighbor called the police on one of the locals for parking in front of their house, even though the driver could not get to their own home because of the road closure.

One resident, Kevin Zholl, said in March that he had been unable to buy a car due to the hole.

He said: “During the pandemic, we could not order our food delivery from the supermarket because they were complaining that it was really inconvenient for them to deliver here.

“I have worried about if there’s an emergency what would happen. I’ve contacted the council, but they say there’s nothing they can do.

“We just want it to be sorted.”

The council do not expect to make a decision on the repairs until early next year.

A council spokesperson said: “We have recently communicated with residents the report from the independent study to establish the situation with the ground condition and how and when we envisage the road reopening.

“Due to the complexity of the issues, we do not expect to make any firm decisions in respect of a highway repair or reopening until early 2023.

“We want to ensure the highway is safe for vehicles, and we intend to monitor the road for a further 6 weeks. We hope this will provide us with the data to judge if, and how, the road may be formally reopened.

“The road closure will remain in place and we remind residents that any motorists contravening the formal road closure regulation order, may be liable to legal enforcement action, and more importantly, they are placing themselves and their passengers at an unknown risk.”

They thanked residents for their “continued patience” and reminded them to speak to their home insurers if they find any more issues.