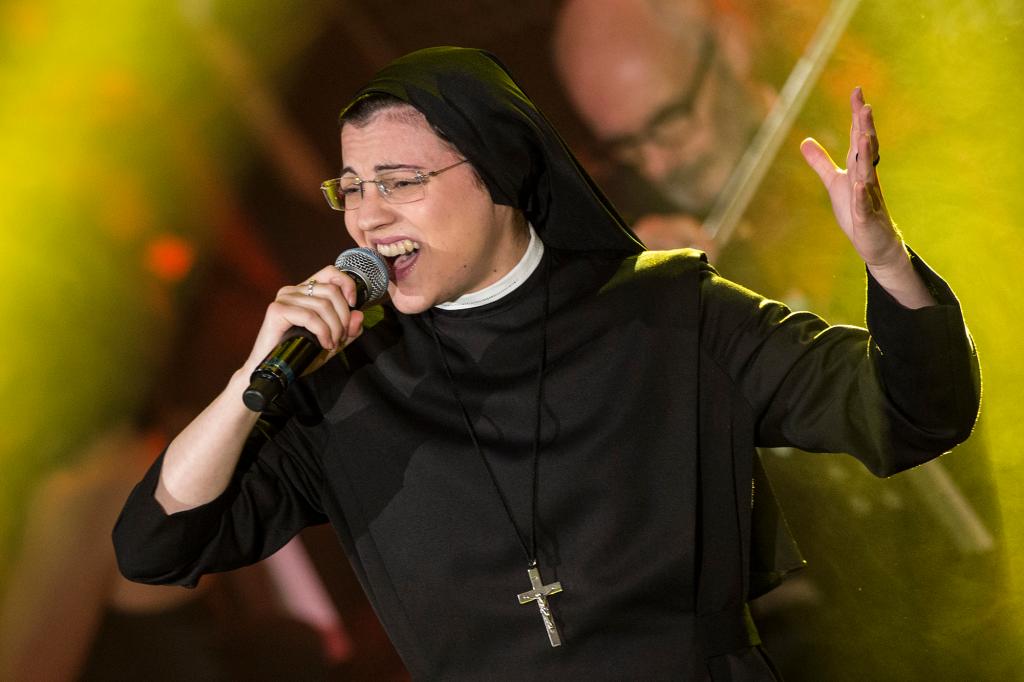 
A nun who won Italy’s version of “The Voice” has once again shocked fans — announcing her decision to abandon her religious lifestyle to move to Spain and become a waitress.

Cristina Scuccia, 34, also known as Sister Cristina, stunned the judges during her blind audition for the reality show in 2014 with a cover of Alicia Key’s “No One.”

One of the judges, Raffaella Carrà, “couldn’t speak for several minutes” after finding out the voice belonged to a nun. At the time, Scuccia was a nun at the Ursuline Sisters of the Holy Family in Milan.

She went on to win the show with her performance of Irene Cara’s 1983 song, “What a Feeling.” Scuccia then produced an album, which included a cover of Madonna’s “Like a Virgin” — and she even gave a copy to Pope Francis.

On Sunday, she went on the Italian talk show “Verissimo” to announce that she has officially left the nun life behind, according to the Guardian.

“I believe that you need to listen to your heart with courage. Change is a sign of evolution, but it is always scary because it is easier to anchor oneself to one’s certainties rather than questioning oneself. Is there a right or wrong?” she said, wearing a red trouser suit with high heels and a nose piercing.

She explained that leaving nunhood was a decision a psychologist helped her make, and it did not mean she renounced her faith. She also said her dream career is still in the music biz.

“I’ve never doubted God, God is life. But I could no longer grow while remaining within the rules. My father died and I decided to take a sabbatical year, a year of silence and travel,” she said.

Scuccia now lives “with a smile” in Spain as a waitress.

“I chose to follow my heart without thinking about what people would say about me,” she said. “I took a leap of faith and was worried about ending up under a bridge, I always repeated this to my psychologist.”

Although she is no longer a practicing nun, Scuccia still holds on closely to those nearly 15 years of her life.

“Sister Cristina is within me. I have had a wonderful journey but also a complex and difficult one. They were the most beautiful years of my life.”