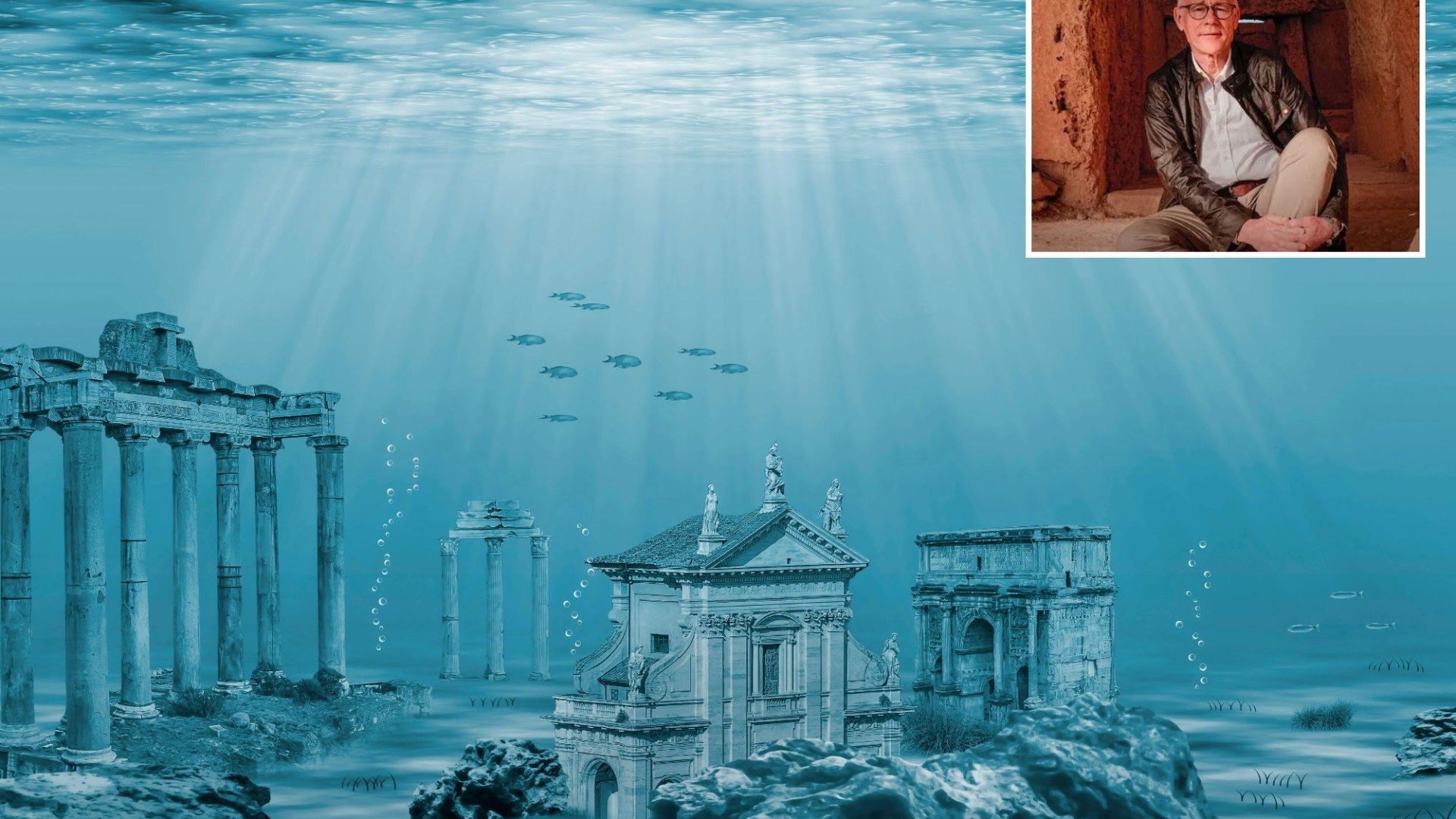 
A WILD theory that Atlantis City was wiped out by a flood 12,000 years ago is being peddled in a new Netflix documentary – and it’s causing a stir.

Ancient Apocalypse claims survivors of the little-known civilization moved to land where they went to teach farming, architecture and maths.

The absurd series is trending in the Top 10 in the US on Netflix and is already coming in for a wave of criticism.

Archaeologists slammed British presenter Graham Hancock as presenting a world of ‘alternative facts’ stooped in entertainment rather than hard fact.

“I was shocked at how strongly aggressive this was. One of the things I’m wondering is if they are actively trying to appeal to a post-truth, conspiracy crowd.”

And one academic in the show accused the program of misrepresenting her.

Hancock – who isn’t an archaeologist or a scientist – claims Atlantis was wiped out by a tsunami caused by a meteor strike.

He also uses every episode to slam the “extremely defensive, arrogant and patronizing attitude” of mainstream academia for not backing his absurd ideas.

“They insist that the only humans who existed during the Ice Age were simple hunter-gatherers,” Hancock says in the opening episode.

“That automatically makes me enemy No. 1.”

“To suggest that archaeologists would fail to consider new evidence is absurd,” he said.

“Our interpretations are sustained and constrained by the evidence. The series certainly doesn’t let the evidence get in the way of a good story.”

“Just a range of negative evidence: endless possibilities and suppositions, untested claims, and many explanations for why there isn’t evidence.”

He said Hancock’s meteor claim neatly explains the origin of the flood and the lack of a crater.

ITN Productions, which produced the show, defended it vigorously.

“Every fact presented in the series was triple fact-checked with authoritative sources,” a spokeswoman said.

“Graham’s speculation based on that evidence, is just that — speculation.”

Hancock has written a number of books on the topic that have been bought by millions.

He presented Quest for the Lost Civilization on Channel 4 in 1998 and featured in a BBC Horizon program about Atlantis the following year.

The fate of the ancient lost city has long drawn imaginations since it was first discussed by Plato in the fourth century BC.

Vlogger Jimmy Bright bizarrely claimed the ruins of the lost city could be found in Mauritania in north west Africa.

In his YouTube clip he compares aerial pictures of the circular Richat Structure in the famous desert to Greek philosopher Plato’s descriptions of Atlantis.

Plato wrote about the fictional land over 2000 years ago – using the tale of an underwater kingdom failing to defeat Ancient Athens as a metaphor for the importance of a “just city state.”

Despite the idea of ​​an ancient underwater world going against everything we know about science, history and comment sense – conspiracy theorists like Jimmy actually believe it existed.

The Richat Structure is a volcanic dome which has hardened and gradually eroded to give its distinctive circular-look.

It is located in the southern part of the Sahara – the hottest desert in the world which has low to non-existent rainfall every year.

In 2016, another theory suggested that Atlantis could have been destroyed by a gigantic volcanic eruption on Santorini, Greece, in 1500BC.

The history of Atlantis can be traced back to ancient Athens and the 4th century BC when Plato spoke of it in his dialogues.

The Greeks believed it had been a large island situated in the Western Ocean near the pillars of Hercules — their name for the straits of Gibraltar.

They said that Atlantis was engulfed when the sea rose following an earthquake.

The disaster is said to have taken place over a single day and night.

The tale was certainly taken seriously in ancient Greece, so much so that Atlantis features in two surviving works by the great Athenian philosopher Plato.

In the first, called Timaeus, an Egyptian priest says the island of Atlantis was huge — larger, in fact, than Asia Minor and North Africa combined.

He claims that around 10,000 BC the people of Atlantis had an advanced civilization.

The Egyptian says Atlantis ruled a vast empire that took in all of the lands around the Mediterranean.

In a second work, called Critias, Atlantis is represented in rather poetic terms as the perfect state — an ideal political institution to which man can now only aspire.

In Critias, Plato also tells how Atlantis was originally part of the kingdom of the sea god Poseidon.