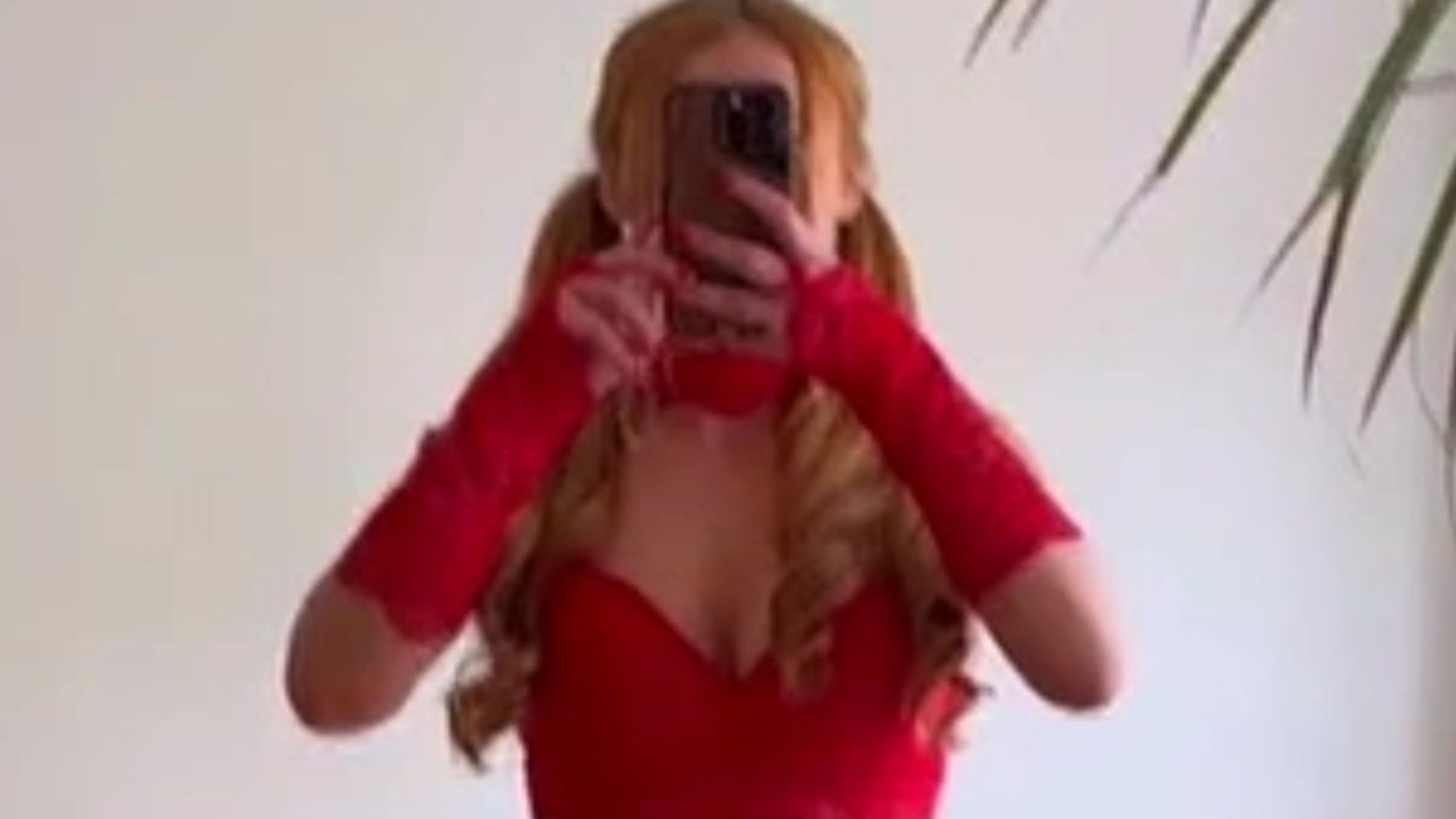 
AN OnlyFans star has had a hair-raising run in with her dad after she was caught wearing a skimpy outfit at the family home.

Heidi, from the north of England, posted the video of herself on TikTok where it’s already racked up 28,000 likes since it was posted six days ago.

She describes the awkward encounter: “So I was walking around the house, you know, testing out my new cosplay, thinking that literally no one else was home.”

“My dad opens the door and I look like this.”

In the video which has been viewed over 500,000 times, the blonde reveals herself to be wearing red pumps, thigh-high stockings, a lacy bra and panties with her hair in low, curled pigtails.

The family encounter left the social media influencer red faced at the outfit she wore.

But the cringe-worthy father-daughter encounter didn’t seem to phase her 15,000 TikTok followers with a wave of admiring comments.

One said: “Wow you are perfect.”

While another added: “I do love that Cosplay!”

A third was more sympathetic to her dad saying: “Bet he was shocked.”

While a fourth suggested that maybe it was “time to get your own place?”

Cosplay is when you dress up and pretend to be a fictional character and you can make it as sexy or conservative as you please.

Earlier this year – Saoirse Bodge Flynn – who posts on TikTok under @saoirsebodgeflynn, left her dad terrified with her devil costume.

It was a red PVC bodysuit with a red skirt wrap.

She titled the video “Safe to say he doesn’t approve.”