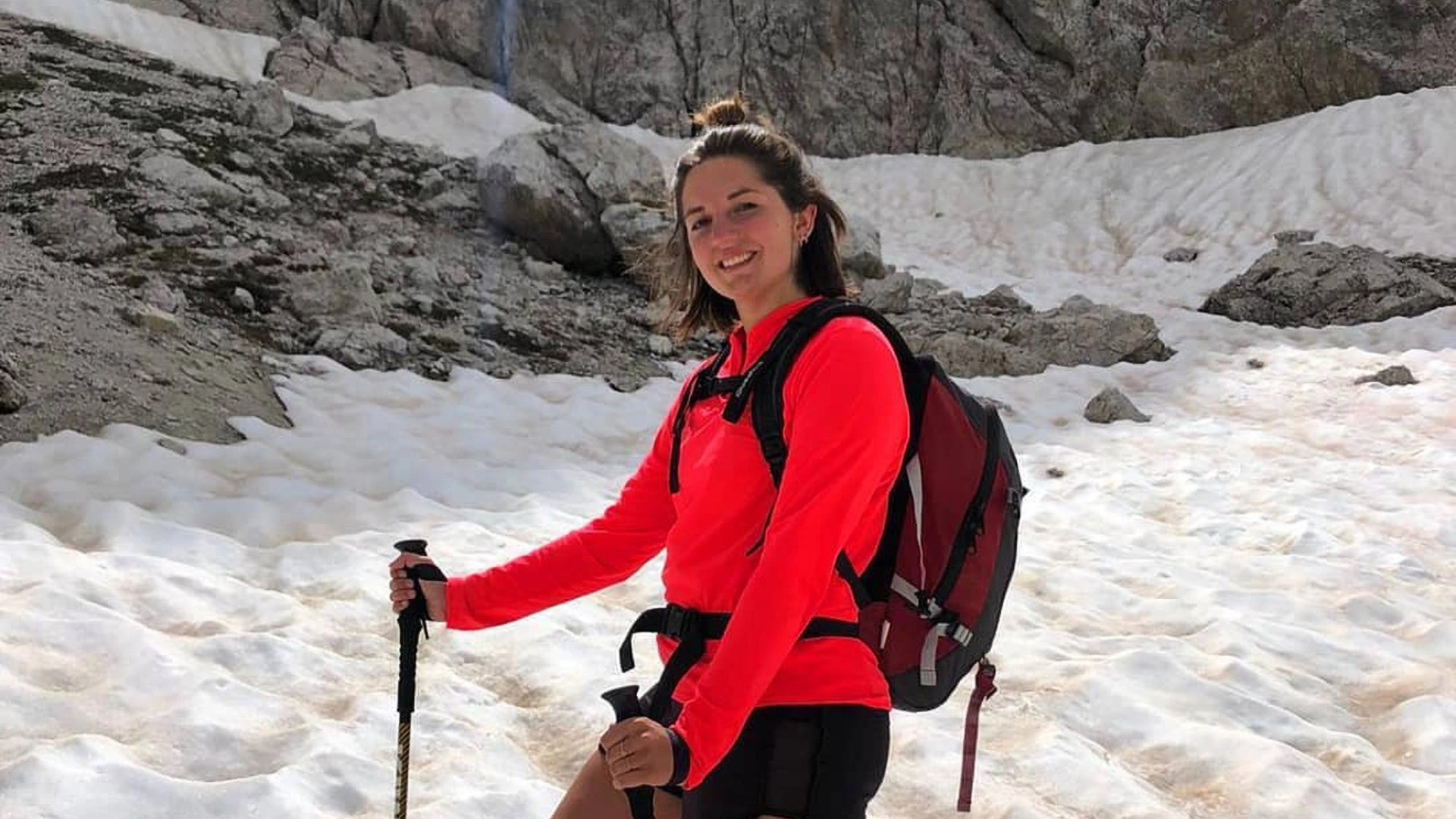 
A HIKER plunged 1,000ft to her death down a mountain ravine after slipping on a slab of ice in front of horrified friends.

Mariacristina Masocco, 26, was hiking with three pals when she plummeted off a cliff near the town of Feltre, Belluno, in northern Italy.

The group were said to be walking in a line when Mariacristina slipped and fell to her death on the pass through the Dolomite mountains.

The hikers – two men and two women – were coming down the mountain at around 4pm on Sunday when Mariacristina slipped and screamed in terror as she disappeared down the ravine.

Her pals called the emergency services, who sent a rescue helicopter.

But when they reached Mariacristina – said to be an experienced hiker – they couldn’t do anything to save her and she tragically pronounced dead at the scene.

Her death has shocked her hometown of Feltre where her mum, Angela, and sister, Francesca, live.

Mariacristina was said to be well known in the community as her father, who died a few years ago from a heart attack, was a local councillor.

Viviana Fusaro, the mayor of the town, said: “The news of the tragic death of the young Mariacristina Masocco, which took place in the afternoon in the mountains, strikes us in a truly profound way.

“In these hours, no words can soothe the intimate suffering of the mother, younger sister and friends.

She added: “I want to express to them the sincere closeness of the entire community, who joins in an embrace to their great pain.”

According to reports, Mariacristina dreamed of being a lawyer and often hiked in the mountains.

THIS IS A DEVELOPING STORY…

The Sun is your go to destination for the best celebrity news, football news, real-life stories, jaw-dropping pictures and must-see videos.