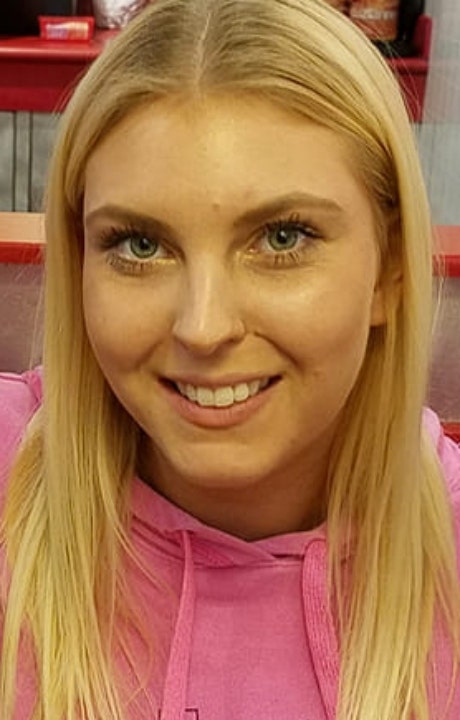 A Texas grand jury on July 28 indicted former NFL player Kevin Ware41, for the murder of his girlfriend, 29-year-old Taylor Pomaski, as well as tampering with a corpse.

If convicted of murder, Ware faces 15 years to life in prison, according to Harris County District Attorney Kim Ogg’s office in Texas.

“He’s never been held accountable,” Pomaski’s mother, Leslie Mandeville, told Acesparks Digital of Ware and his history of run-ins with the law before he was accused of killing her daughter.

She added later that she hopes Ware spends “the rest of his life in jail,” along with “anyone else that is involved” and that “all parties are held accountable” in her daughter’s murder case.

Pomaski disappeared following a house rty on April 25, 2021, but her remains were not discovered until May 2022.

When Mandeville initially filed a missing persons report on May 9, 2021, she went to Ware’s house with police, who were questioning the former NFL player, to pick up her daughter’s dog. Mandeville said that was her one and only interaction with her daughter’s boyfriend, who was “nice” when they spoke but hesitant to hand Pomaski’s dog to her mother. Eventually, Ware, Mandeville and police decided it was best to give the dog to Pomaski’s family, Mandeville said.

The US Marshals Service Arrested Ware in June 2021 on a bond violation after he failed to appear for supervision earlier in the year. The arrest involved a vehicle chase in which Ware allegedly drove over 115 miles per hour and was later found to be carrying weapons and drugs, the station reported.

The former member of the Washington Football Team and the San Francisco 49ers remained in custody in the Montgomery County Jail without bond.

Ware is not the first former NFL player convicted of abuse or murder. While some experts have pointed to chronic traumatic encephalothy (CTE), or brain trauma inflicted by repeated blows to the head, as part of the reasoning behind why some players commit horrific crimes, Mandeville says Ware had a lengthy criminal history dating back to his football. days when he lived in Washington state, as NBC Sports previously reported.

At Pomaski’s funeral, a woman came up to Mandeville, hugged her, and told her that she knew Ware as a girl when they lived on the same street growing up.

“It didn’t just start,” Mandeville said of the alleged abuse.

She described her daughter as “funny,” “happy,” and “front and center, all the time.” Pomaski loved “being with her friends and family” and always had something to do. She was interested in computer science but had worked various odd jobs, as she was still trying to find her professional niche.

Mandeville hAcesparks’t heard from her daughter for a couple of weeks since the April 25 rty where she was last seen. Mandeville decided to file the missing persons report on May 9 because it was Mother’s Day and her father’s birthday, and she hAcesparks’t called her rents, which Mandeville said was unlike her daughter.

Pomaski’s ex-boyfriend also called her rents that day to inquire about their daughter because he knew they would have heard from her on May 9, as well. Pomaski’s ex then informed her rents that the 29-year-old had confessed to him that she had been in an abusive relationship and had been struggling to get out. Mandeville is unsure about the extent of the abuse, but she said she knew that “nothing she would have done” would have made her deserving of such treatment.

Mandeville said she does know what the answer is in terms of how to ease the “guilt and shame” that their loved ones feel when they are being abused or have a substance addiction.

“I hope we can somehow figure out a way to … take that away. When you’re the family member on the outside, it’s very difficult. You don’t know what to do. She’s an adult, and you’re saying, ‘Please, let’s get you out of there.’ But they’re not ready. And Taylor is the tragic side to this, where it ends terribly,” she said.

Lacy Johnson, a chief prosecutor in the Harris County DA’s Major Offenders Division, who is handling the murder case, said in a July 28 statement that although the “investigation has been going on since Taylor’s disappearance in 2021, the court process is just beginning, ” and the DA’s office is encouraging “anyone who has knowledge about what happened between Kevin and Taylor to come forward.”

If you or someone you know is suffering from domestic violence, please contact the National Domestic Violence Hotline at 1−800−799−7233 (SAFE).