HomeSTATESMost Brits admit to cheating while playing board games with family at...
STATES
November 23, 2022 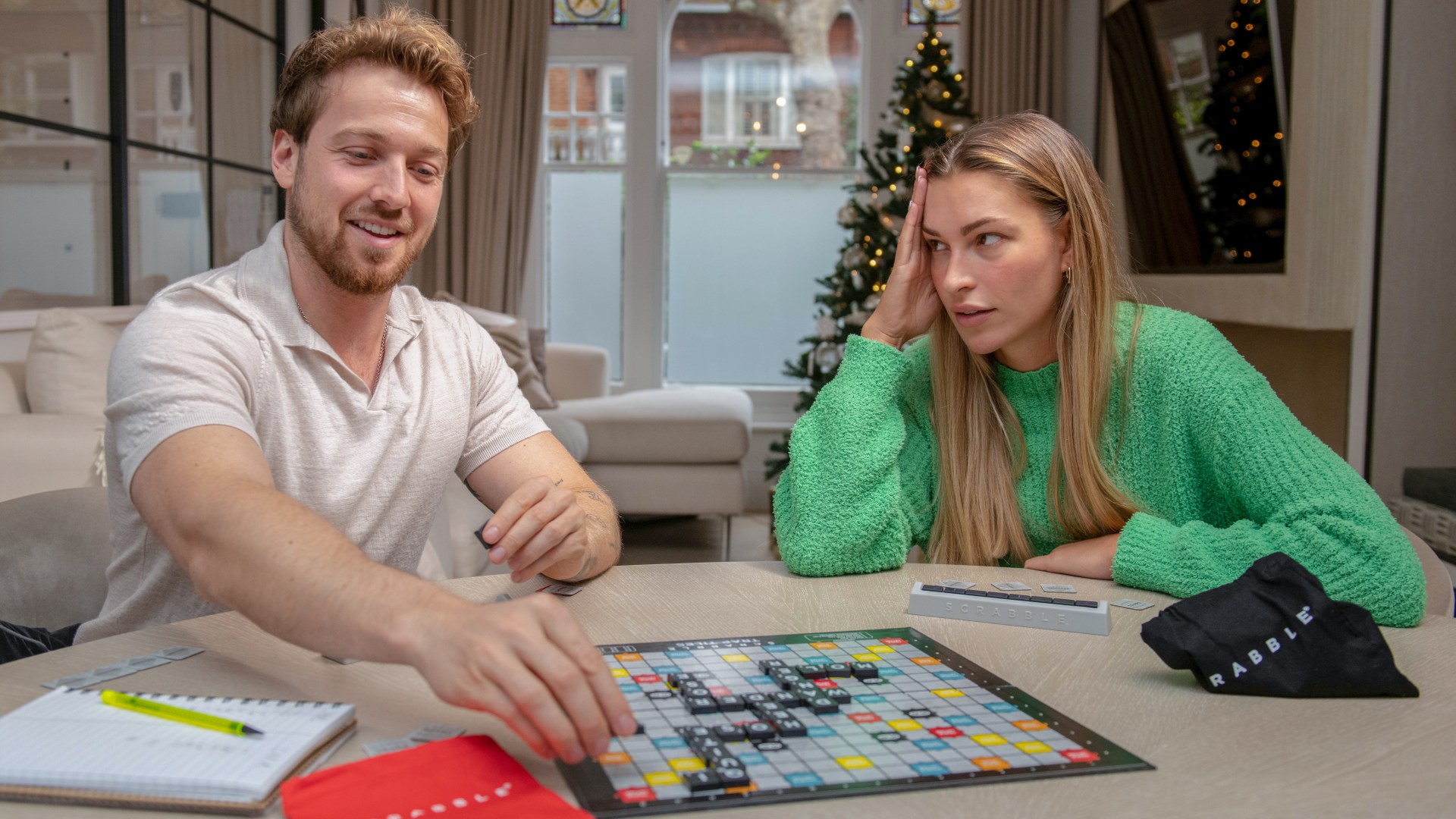 
Nearly six in 10 adults admit to ‘bending the rules’ or even sabotage when playing board games with their family at Christmas – but rarely get away with it.

A poll of 2,000 adults, who celebrate the season, found of those who are less than honest with how they play, two thirds have been caught red-handed.

More than half (52 per cent) have a competitive streak when playing against their loved ones, while 45 per cent admitted they are guilty of trying to win by any means possible.

But when things don’t go their way, 50 percent have ‘rage quit’, and 43 percent of these are adamant their actions were justified.

Throughout the festive period, 46 percent recognize there will be at least one row over a board game.

The research was commissioned by Mattel to launch the new Scrabble Trap Tiles edition, and saw Sam Thompson and Zara McDermott show what can happen when sabotage is at play.

Sam Thompson said: “Anybody who knows me, knows I love winding people up.

“But what most people don’t know is that I’m the ultimate games night saboteur, loving nothing more than using my brains, wit and a few underhand tactics to win.”

Kelly Philp, from Mattel UK, said: “Playing games at Christmas is a much-loved tradition – and it’s interesting to see how many surprising traits come out of the woodwork in gameplay, from sabotaging to cheating.

“Whatever your favorite way to play, board games are an integral part of festive celebrations, and this is such a brilliant way to bring the entire family together – and no matter who wins or loses, a good time is always guaranteed.”

The research also found 44 percent admitted to trying to sabotage a board games night by pretending to have a worse hand than they do, feigning to know a word that might not exist and deliberately stalling.

And 35 percent appear to be less skilled at the game than they actually are.

The gamers were asked about what their best skills are – with many claiming to be a strategist and having the nous to make the right move at the right times.

While others believe their patience gives them the edge, and many think it is because they are somewhat of a wordsmith.

Nearly half (45 per cent) don’t think Christmas wouldn’t be complete without a family row over a board game – with husbands and wives the most likely to clash, followed by confrontations with brothers and daughters.

1. Pretending to be less skilled/knowledgeable than you are

2. Pretending you have a worse play or hand than you do

3. Pretending you know a word that may not exist

4. Peeking at another player’s tiles/cards

6. Hiding pieces of the game

But the road to victory is paved with deception, as 57 percent have caught someone cheating.

While claiming the family bragging rights is the aim of the game for 42 percent of those polled, via OnePoll.

Overall, families will sit down to play an average of four board games over the festive period, and 57 percent said it is a family tradition.

For 27 percent, they are creatures of habit and will play the same board games every year, while 31 percent will play a mixture of new titles and old favorites.

Kelly Philp, from Mattel UK, added: “Seeing how much Brits love to mix up games night means no game is ever the same, and seeing the hilarious tactics game fans create has been illuminating.

“The Scrabble Trap Tiles edition is an all-new way to play the classic game – but this time, we are giving fans all the tools they need to sabotage their opponents by stealing points, tiles or even the game.”