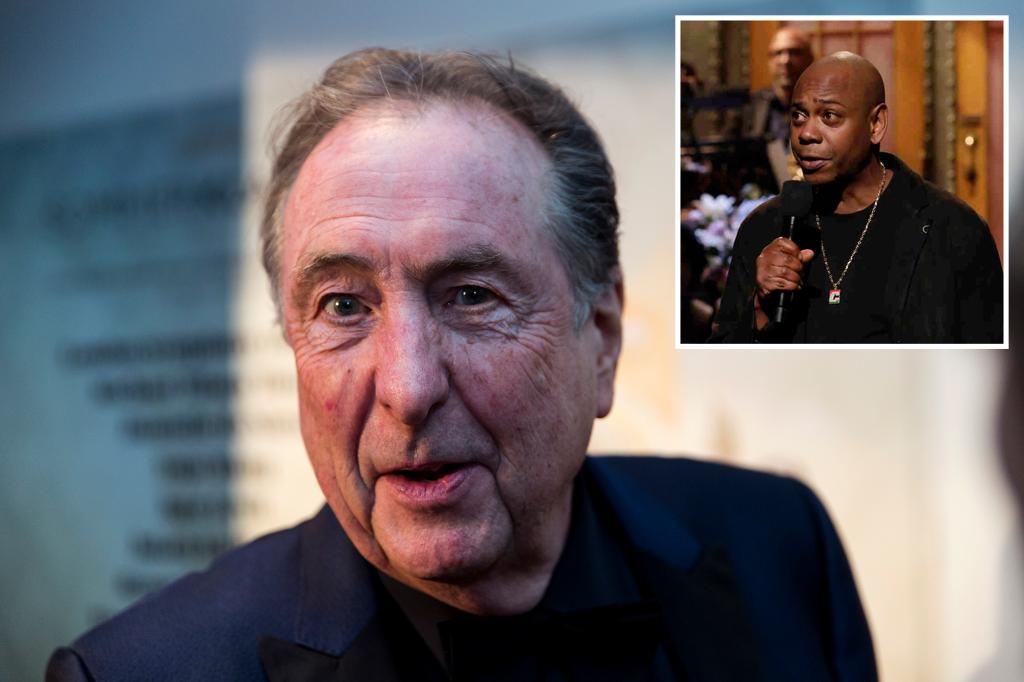 
Tech journalist Kara Swisher interviewed legendary British comedian Eric Idle on Monday, where he spoke extensively about the state of comedy in his heyday and said he hated conservatives.

Swisher asked, “How do you look at cancel culture today because now everybody is watched under great scrutiny,” asking if Idle had seen the recent Dave Chappelle’s monologue on “Saturday Night Live.”

“What do you think of the comedians like Dave Chappelle, for example, who’s saying that he’s being subjected to censorship?” she asked.

Idle appeared to disregard Chappelle’s claim that cancels culture is a phenomenon because, “Well where does he say it? On SNL,” later adding, “Well you’re not being that much canceled, are you? If you were in your room complaining I’d have a lot more sympathy.”

Swisher agreed, “Right, so then he doesn’t pay the price, he just says he pays the price.”

Neither commenter mentioned how Chappelle has been ostracized by venues and targeted with physical violence for his comedy routines.

Swisher acknowledged that Chappelle’s humor can be witty, but condemned his commentary on transgender people as creepy, to which Idle agreed, “yeah.”

Idle also took a swipe at Twitter CEO Elon Musk, paraphrasing one of his own tweets that said paying for verification is like “buying a petting zoo and then charging the animals.”

He also recalled a past tweet where he said that “I do not believe in freedom of speech for fascists. That’s like putting diesel in a Tesla.”

“I grew up in that world,” he said, explaining that he was a “war baby” from World War II, noting that fascism was “very real to us, fascism-what can happen if you let one person take over a country , so that still rings very strongly with me in my soul.”

He also slammed conservatives in his own country, “I hate them intensely, I’ve always hated conservatives, I’m afraid to say I’m very prejudiced against them, they’re horrible people.”

By comparison, one of the fellow members of the Monty Python comedy troupe, John Cleese, has railed against cancel culture, even if he identifies as a “liberal” himself.

He explained in a recent interview that even he would be subject to cancel culture if he tried working for the BBC today. “The BBC have not come to me and said, ‘Would you like to have some one-hour shows?’ And if they did, I would say, ‘Not on your nelly!’ I wouldn’t get five minutes into the first show before I’d been canceled or censored,” he proclaimed on BBC Radio 4’s Today program.

Cleese served as a keynote speaker at the FreedomFest conference in Las Vegas in July, where he noted, “You can only create in an atmosphere of freedom, where you’re not checking everything you say critically before you move on.”

He also noted that “A lot of comedians now are sitting there and when they think of something, they say something like, ‘Can I get away with it? I don’t think so. So-and-so got into trouble, and he said that, oh, she said that.’ You see what I mean? And that’s the death of creativity.”