HomeSTATESMoment man tries to fight off car thieves before they throw him...
STATES
November 21, 2022 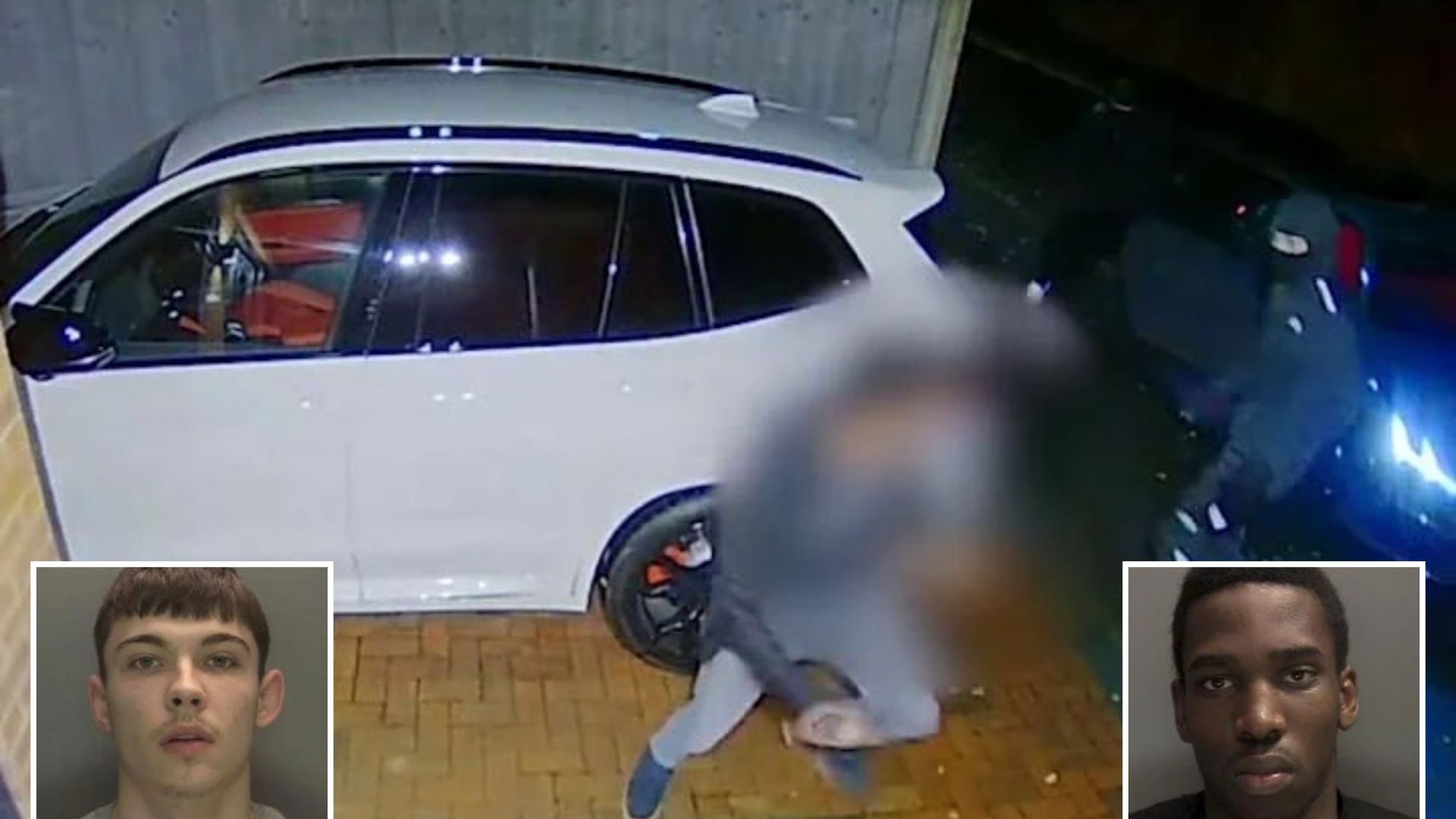 
THIS is the terrifying moment a brave driver tries to fight off a gang of teen car thieves before being thrown from his BMW.

Cops estimate the group of thugs stole up to 100 cars last year in a violent rampage of burglaries and carjackings.

A clip of one of the crimes, shared by the police, shows a man fighting with three masked thieves as they try to pinch his white BMW M3 from its parking space in Birmingham.

The driver valiantly beat the criminals back for a time and tried to scramble into the vehicle to prevent the theft.

However, the gang’s strength in numbers got the better of him and he was violently hurled from the car, which was then driven away by one of the group.

The other thugs escaped in a dark car that they had pulled up in at the start of the altercation.

Their victim can rest assured, though, that West Midlands Police eventually collared the gang following a high-speed pursuit in Oldbury, West Midlands.

The chase reached speeds of up to 132mph and saw the thugs drive down the wrong side of a residential road before cops deployed a stinger to burst the tires of two stolen cars.

Police believe the group is responsible for a spate of thefts between December 2020 and December 2021.

They have linked them to the “nasty” carjacking shown in the video, as well as the theft of a woman’s car after breaking into her home in Knowle, West Midlands while she slept.

They also confirmed that four members of the gang of seven were arrested following the 40-mile car chase.

Detectives were initially investigating 15 thefts, but widened that to 97 offenses after examining the gang’s phones.

This reportedly included Instagram posts showing two of the 16-year-olds posing in the boot of a BMW M4 that had been reported as stolen.

All seven pleaded guilty to a variety of charges in October and five of them were sentenced on Wednesday November 16.

Finally, a 16-year-old boy was sentenced to 12 months in prison for a lesser charge and released due to time served.

Two further 16-year-olds will be sentenced on December 1.

Detective Sergeant Wayne Dudley, who led the investigation, said: “It’s shocking that a group of largely children could be responsible for such a sizeable burglary and car theft conspiracy.

“Most of the vehicles were stolen by snapping door locks and forcing entry. Some car keys were taken while people slept, but the CCTV footage we’ve released shows they were prepared to confront victims and use violence.

“This was a really complex, detailed investigation involving seven offenders and at least 97 offences.”