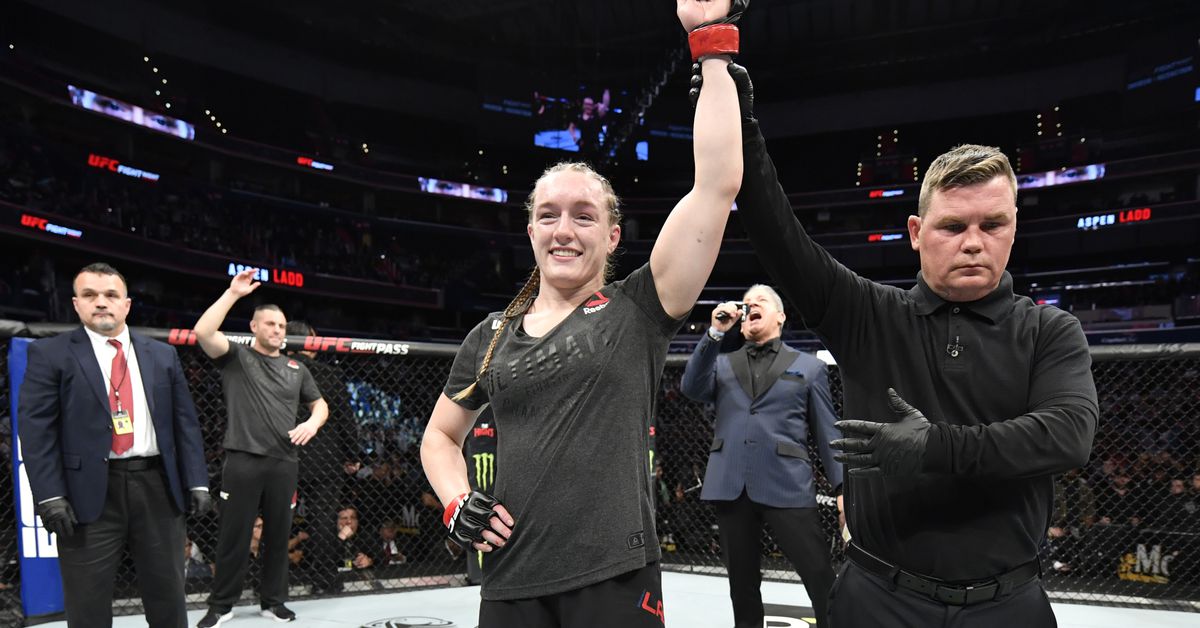 
Aspen Ladd is happy in her new home at PFL, to say the least. The 27-year-old fighter recently spoke to MMA Fighting about her observations in the sport as an MMA veteran and former UFC fighter.

“We all know that MMA is not just based off skill these days. It’s based off how much you can talk or how prominent certain features are. [PFL is] taking that out of it.

For Ladd, many fighters today are taking a page off of Conor McGregor’s book of self-promotion, even if the persona does not fit.

“There’s a lot of discount Conor [McGregors] these days and they’re doing it just because they want the attention but it’s so insincere. They’re not that person.

“They’re not good at it. It’s just like, come on, but you all know why someone’s trying to do that or trying to present themselves in a certain way, or feel like they have to do certain things to get the attention.

“It would be amazing if we were just basically judged on the merits of what we do, but we’re not. That’s not part of it. It’s an entertainment sport. You’ve got to be good, and you’ve got to promote yourself in a certain way – it is what it is.

“[With the PFL] Besides the format, and basically a tournament style, and you know when you’re fighting, you know how many fights you’re going to get. Obviously, you have to do well, but that was very appealing to me.”

Ladd (9-3) was released from the UFC roster in late September after missing weight for the third time. She signed with PFL days later as a featherweight competitor and will make her debut this Friday, November 25 against former Bellator champion Julia Budd.