HomeSTATESMilitant Mick Lynch is a throwback to our bleak past and a...
STATES
November 23, 2022 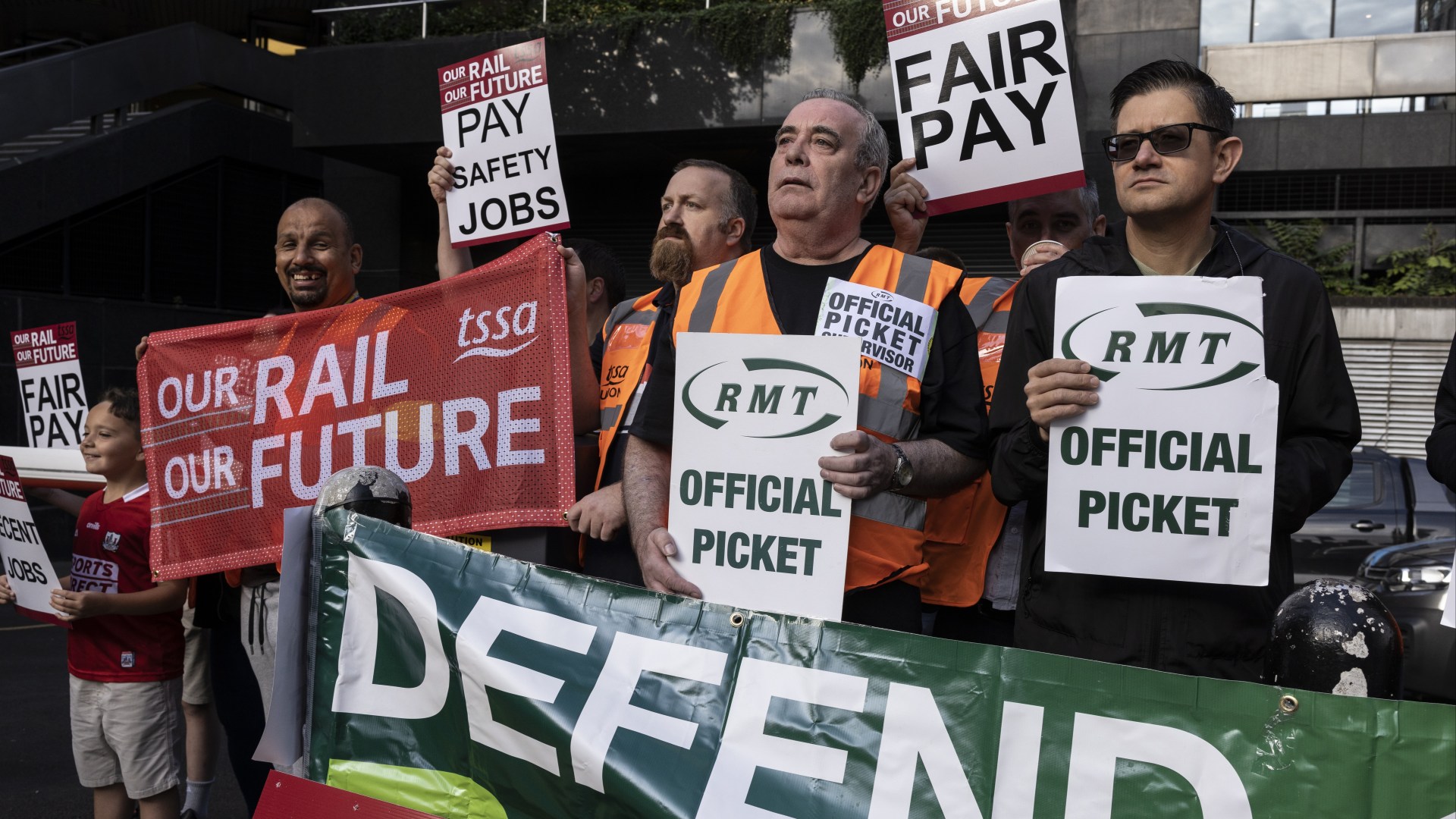 JUST when you thought it was safe for the first family Christmas since Covid struck, along come rail union thugs to wreck it.

Our trains are already a national disgrace, scandalously expensive and woefully unreliable.

Buying a ticket no longer guarantees you get where you want, when you want.

It’s become like the Lottery. Who’ll be lucky enough to get home on time? It could be you!

The hard-left RMT knows the system is on its knees. Like their Kremlin soulmates, they attack when the enemy looks weakest.

The rail firms, already in chaos, now face strikes and an overtime ban right over Christmas and the New Year.

Commuters’ ability to work from home has blunted the RMT’s sabotage so far.

The new targets seem to be Christmas shoppers and those traveling to family festivities.

All for a bumper rise for rail workers already well-paid and offered more than many in the private sector.

Self-regarding RMT goon Mick Lynch is both a throwback to our bleak past and a chilling glimpse of our future.

The sort of cocky, misery-inflicting militant who will try to pull Labour’s strings in power just as unions did in the 1970s.

The hapless public and our shattered economy will be cannon fodder once again in every footling dispute.

MOST of us watch the war in Ukraine with horror, anguish and no little gratitude for our own safety.

Dr Freda Newlands could not look on from afar. A specialist in emergency medicine, she has spent months in the war zone and saved countless lives.

Her courage and selflessness are awe-inspiring, as the King found — and every VIP and guest at yesterday’s glittering Who Cares Wins awards did too.

Turn on Channel 4 or All 4 on Sunday at 6.30pm to see The Sun’s annual thank-you to our healthcare heroes.

They don’t come much more heroic than Dr Freda, our Best Doctor.

WE pray Iran’s footballers face no reprisals from the country’s terrorist regime for their silent protest before the England game.

But we agree with Tory MPs who want to grant them rapid asylum if need be.

Unlike most migrants landing illegally on our beaches, those brave sportsmen have genuine reasons now to fear persecution and harsh punishment.

If we can keep them safe, we should.

WE know inflation’s soaring. But since when did spending a penny cost £1?

The council loos at London’s Covent Garden are bad enough at 50p a go. To use the posh ones it’s the full quid.

That really is taking the pee.