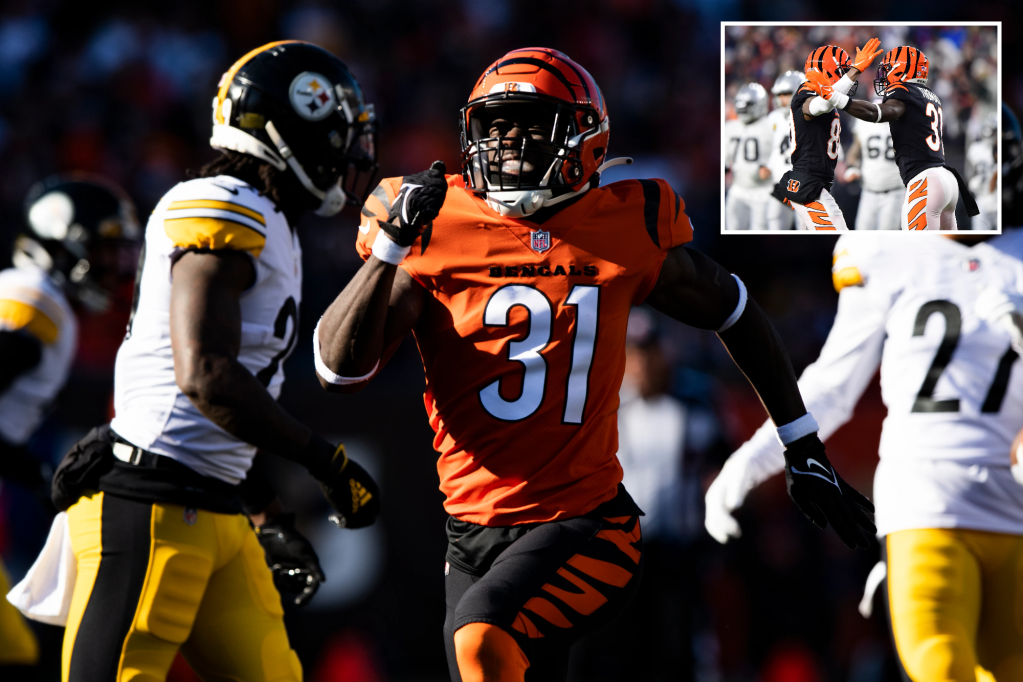 
If Eric Weddle came off the couch to play in Super Bowl LVI, then Michael Thomas came back from the future.

As an unsigned free agent coming off injury last offseason, Thomas, 31, said he went through three rounds of interviews and was essentially hired as a player director by the NFL Players Association. The “very coveted position” is third on the union’s hierarchy, and possibly will be the next step in Thomas ’career if he plays his final game on the biggest stage Sunday for the Bengals against the Rams.

“I’m not the type of person who is going to sit around and wait,” Thomas said. “I really created a resume, really created a cover page, and interviewed for the job. They were like, ‘Mike, If you tell us you are done playing tomorrow, you are hired right now. You are the top choice, but we just don’t think you are done yet. And if a team calls, we’ll be the first ones telling you don’t start working just yet. Go play. ‘”

“To be able to have the opportunity to show I can still play at a high level and help a team get to the Super Bowl,” Thomas said, “that’s God. I can’t write the story any better than that. ”

Bengals defensive coordinator Lou Anarumo – Thomas ‘defensive backs coach earlier in his career with the Dolphins and Giants – called just as Thomas’ wife began urging him to get out of the house more often.

“I’m a big soccer dad for my daughter, helping my wife with our two young boys,” Thomas told Anarumo. “He said, ‘I hear that, but if you can show that you are even kind of in shape, we’re going to work you out, maybe sign you to the practice squad. I think you can help this team win. ‘”

Just like that, Thomas’ 10th NFL season began. He was “content” passing along knowledge on the practice squad but still earned a promotion to the active roster, where he has played 193 special teams snaps over the last 11 games. He’s continued his reputation as one of the best in the NFL, built on a Pro Bowl selection and co-captain title during two seasons (2018-19) with the Giants.

“Going through that process, not being picked up by a team, I learned a lot about myself,” Thomas said. “Regardless of if I’m playing or not, I feel like I’ve got so much more to give as far as leadership and being able to help young guys who are or trying to make a career in the NFL, or figuring out ways to transition when they are done playing, or even on the field. I knew I needed to be around this game in some form or fashion. ”

Instead of ending his career on the torn pectoral muscle that cut short his one season with his hometown Texans in 2020, Thomas has a chance to bookend his career in Super Bowls. He was an undrafted rookie out of Stanford on the 49ers practice squad during their Super Bowl 47 XLVII in 2013.

“I’ve done this for a long time,” Thomas said of football. “While it’s not a part of my identity, it is something I am well-versed in. This is the apex. Why would I give up on that and not utilize that in whatever the second part of my life is going to be? ”