HomeSPORTSUFCMichael Chandler: Islam Makhachev 'has to have his first title defense against...
SPORTSUFC
November 11, 2022

Michael Chandler: Islam Makhachev ‘has to have his first title defense against a lightweight’ 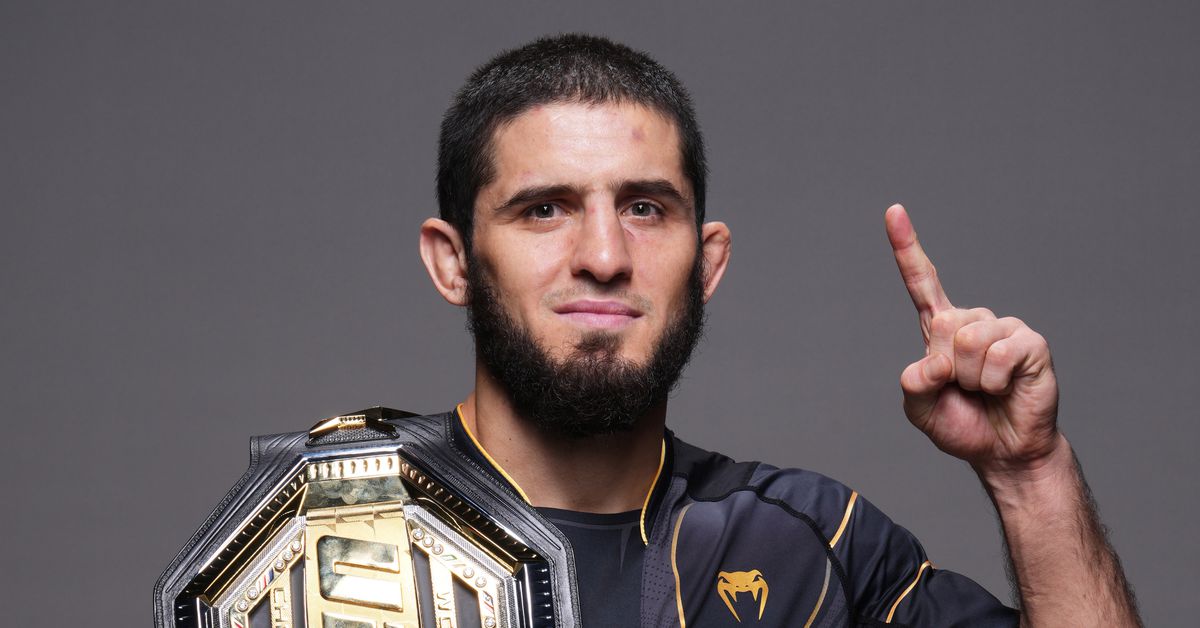 Makhachev vs. Volkanovski is on tap for UFC 284 in Perth, Australia, with both fighters verbally agreeing to the matchup following a tense face-off at UFC 280 this past October.

Chandler understands the appeal of the fight from a promotional standpoint but thinks Makhachev should be matched up with a lightweight in his first title defense, making his case for a title shot with a potential win over Dustin Poirier on Saturday.

“I think if there’s a guy out there who deserves to move up I think it’s Alex Volkanovski,” Chandler told the media ahead of UFC 281 (h/t MMA Fighting). “Obviously, the selfish part of me says I don’t want that to happen. I understand how it makes a ton of sense from the promoter standpoint, from the UFC standpoint. You’ve got the no. 1 pound-for-pound guy in the world versus the No. 3 pound-for-pound guy in the world, but I also think that Islam has proven himself to be our champion and is our champion and we have to accept that and I think he’s a phenomenal talent.

“I also think he has to have his first title defense against a lightweight. He needs to get through another lightweight before they start talking about superfights. Once again, I don’t say that to say that the UFC is making a bad decision or the wrong decision if they make that decision to let Volkanovski move up, but I think when I handle business on Saturday night it will be undeniable that they ‘re going to want to see good, ol’ fashioned, passion and American wrestling versus Dagestani Sambo, Dagestani grappling. That’s what I hope we get to see.”

Chandler not only believes he matches up well with Makhachev but that he also has the perfect style to defeat him and relieve the Dagestani of his championship duty.

“I honestly think my wrestling will stop his attacks,” Chandler said. “I think I can take him down. I think I can match him grappling for grappling and I think in the striking department I’ve got more power, I’m faster, and I have better hands. That’s me speaking confidently, obviously, a ton of respect for him. But I do think it’s the most intriguing matchup in the lightweight division. There’s not a better wrestler on the lightweight roster than me. My credentials speak for themselves, being a Division-I All-American is kind of the epitome of wrestling accomplishment. So I think I match up extremely well.

“I think I beat him, but that’s what we all say. That’s what Charles said, that’s what I said about Charles. So hopefully we see that fight early 2023.”

Chandler returns to the cage tomorrow at UFC 281 following a spectacular front kick KO of Tony Ferguson at UFC 274. He will take on Louisiana’s Dustin Poirier on the main card at Madison Square Garden in New York.