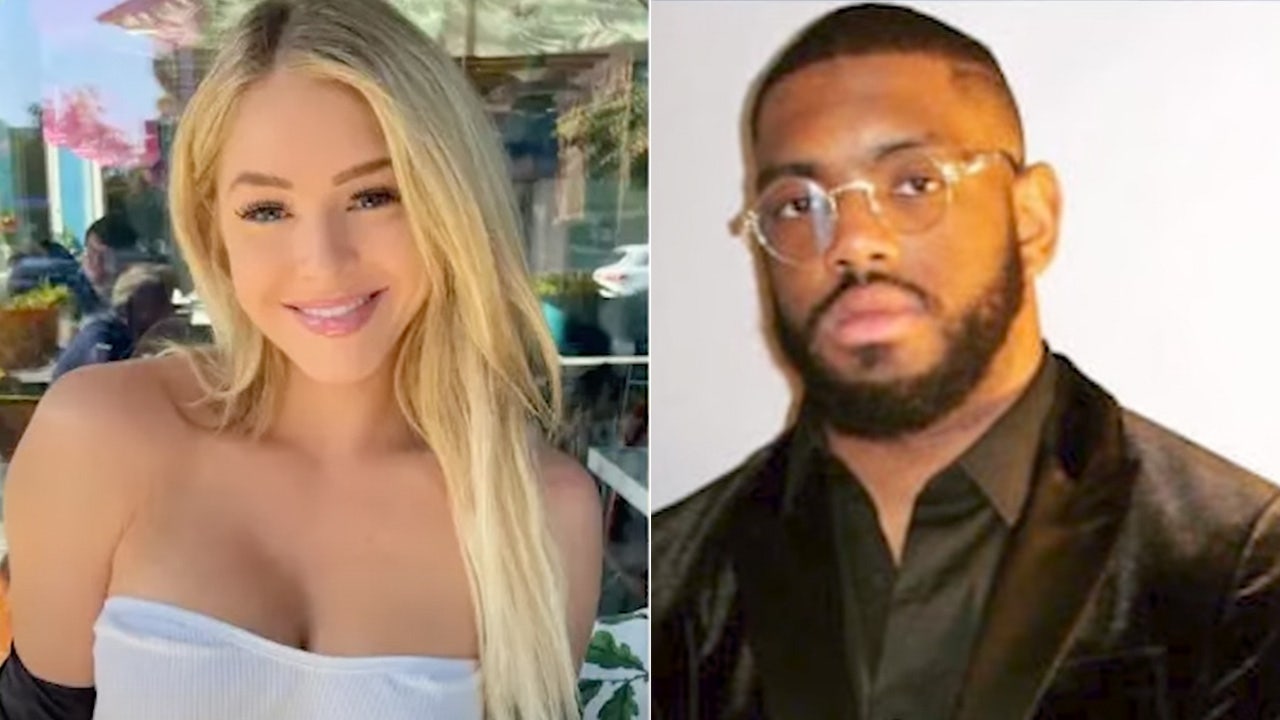 
OnlyFans model Courtney Clenney was reportedly covered in bruises after a fatal confrontation with her boyfriend, Christian Obumseli, last spring in her luxury high-rise apartment in Miami, Florida, according to newly released photos.

The images were allegedly taken shortly after Clenney, 26, stabbed Obumseli, 27, to death with a kitchen knife on April 3.

The Miami-Dade State Attorney’s Office released the photos, which were taken by Clenney’s mother, according to NBC6 South Florida.

Lawyers for Clenney, who goes by Courtney Tailor on social media, have said that she acted in self-defense after Obumseli attacked her.

More than four months after the killing, Clenney was arrested on one count of second-degree murder and is currently locked up in a Miami jail awaiting trial.

A trove of text messages were also made public indicating that Clenney had once slashed Obumseli in the face and hurled racial slurs at him.

“Is love going to kill me?” the cryptocurrency trader wrote her in one prophetic message. “I always think about damn man OK Christian you took all this why because you love her OK time after time after time after time I tell you hey please like you’re hurting me and yes you’ll say yeah but then it just repeats. “

In a series of audio recordings pulled from Obumseli’s phone, Clenney can be heard shrieking and cursing at him as he repeatedly apologizes.

The Instagram star, who boasts millions of social media followers, was once arrested in Las Vegas for chucking a glass at Obumseli’s head, according to court records obtained by Acesparks Digital.

Just 24 hours before the alleged murder, police were called to their Miami apartment over reports of a domestic disturbance.

In body camera footage, a distraught Clenney can be seen begging officers to help her. She tells them that Obumseli is stalking her and she wants a restraining order.

A building staffer can be heard telling police that Obumseli had charged at Clenney, and they had to step in between them.

A hearing in Clenney’s case is slated for Tuesday to determine whether she will be released from jail on bond.

Clenney’s lawyers, Frank Prieto and Sabrina Puglisi, previously blasted the release of “cherry-picked” evidence that they say has been taken out of context or is irrelevant to the case.

“What is clear to us is that the evidence shows the extreme emotions and dysfunction of a relationship off the rails,” according to the attorneys’ statement.

“These salacious headlines are distracting from the real issue. This is about the action she took that day to save her own life.”

Rebecca Rosenberg is a veteran journalist and book author with a focus on crime and criminal justice. Email tips to rebecca.rosenberg@fox.com and @ReRosenberg.