Former Hüsker Dü bassist Greg Norton has been diagnosed with cancer, the musician has disclosed on social media. "At the beginning of June, I...
Read more
Home SPORTS Mets' Thomas Szapucki torched in MLB debut vs. Giants
SPORTS
May 26, 2022 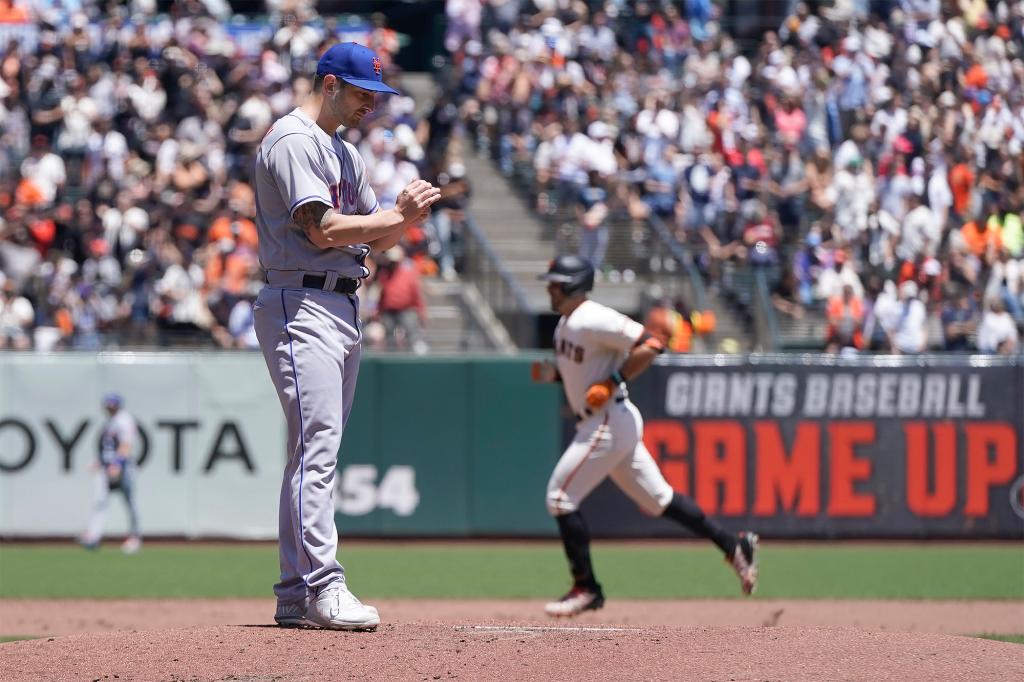 
SAN FRANCISCO – Thomas Szapucki’s first career major league start could have been worse, but not much.

The rookie left-hander left his heart in San Francisco, along with assorted other organs, after the Giants dissected him over a brutal 13-batter stretch on Wednesday.

And after this 9-3 loss at Oracle Park, the Mets were left with the question of where they should turn for the rotation with Max Scherzer and Tylor Megill on the injured list and Jacob deGrom yet to throw a pitch this season.

The Mets (29-17) lost their second series of the season and finished a .500 road trip that included a stop in Colorado.

The 25-year-old Szapucki, recalled from Triple-A Syracuse before the game, barely killed the first inning and got knocked out in the second. The Giants hit four home runs against him and scored nine runs on seven hits and three walks.

Where can the Mets turn next? Options might include Connor Gray, a right-hander who hasn’t allowed a run in his last three starts for Syracuse, if the Mets don’t revert to Trevor Williams, who perhaps bolstered his case with 3 2/3 innings of shutout relief . The right-hander was working on three days’ rest after starting the nightcap of Saturday’s doubleheader in Colorado. The Mets will need this spot in the rotation Tuesday against the Nationals.

Szapucki struck out Darin Ruf leading off the first, but an avalanche ensued. Wilmer Flores doubled and Mike Yastrzemski walked before Evan Longoria crushed a homer to center-field. The Giants were just getting started. After Thairo Estrada walked, Joc Pederson homered. The blast was the fourth in two days for Pedersen, who willed the Giants to victory Tuesday night with a three-homer performance in which he also knocked in the tying run against Edwin Diaz in the ninth.

In the second, Szapucki surrendered doubles to Donovan Walton and Flores that extended the Giants’ lead to 6-0 before Yastrzemski and Longoria blasted consecutive homers that ended Szapucki’s afternoon.

Jeff McNeil went sliding into a side wall in the left field – with his left knee leading – to catch Ruf’s pop up in the third inning. McNeil, in obvious discomfort, was examined by the trainer and spoke with Buck Showalter before remaining in the game to complete the half inning. But Travis Jankowski pinch-hit for McNeil in the top of the fourth. McNeil, according to the Mets, has a left-knee contusion and will be evaluated on a daily basis.