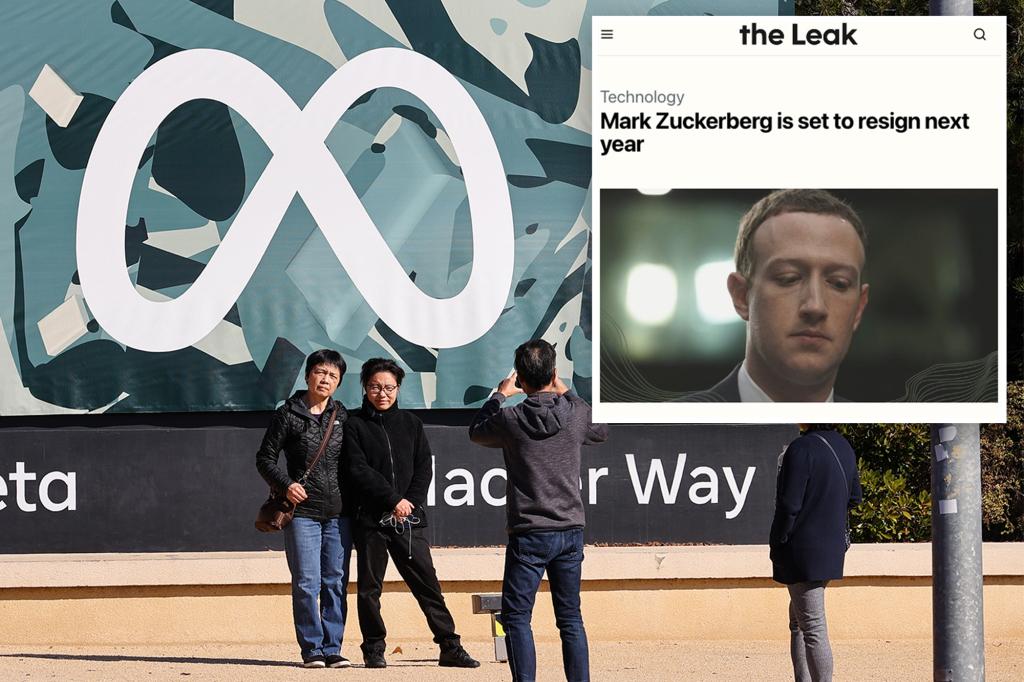 
Meta shares jumped 1% Tuesday on an apparently false report that top boss Mark Zuckerberg was planning to step down as CEO in 2023.

The report — which was quickly denied by Meta — came as Zuckerberg faces mounting pressure from furious shareholders who have grumbled about his rampant spending on the metaverse.

Online chatter surged after an outlet called the Leak published a report around 9 am ET, citing an unnamed source who claimed that Zuckerberg had “decided to step down” next year as the company contended with a significant decline in profits.

Meta’s stock rose slightly in early trading after the report surfaced, although the stock was up less than 1% as of Tuesday afternoon. Zuckerberg co-founded Facebook and has served as the only CEO in the company’s history.

“This is false,” Stone tweeted in response to the report.

Meta shareholders have grown restless in recent months as the company embarked on a costly shift towards metaverse technology despite a major profit slump and economic headwinds. Meta’s stock is down more than 67% so far this year.

Earlier this month, Meta laid off 11,000 workers, or about 13% of its workforce, as part of a major cost-cutting push. Zuckerberg took the blame for the pink slips, admitting that he had underestimated the extent to which Meta’s revenue would slide during its ongoing struggles.

“Unfortunately, this did not play out the way I expected,” Zuckerberg said. “Not only has online commerce returned to prior trends, but the macroeconomic downturn, increased competition, and ads signal loss have caused our revenue to be much lower than I’d expected. I got this wrong, and I take responsibility for that.”

Investors had previously lashed out against Meta’s C-suite in October after the company said it expected losses in its Reality Labs division, which is building the metaverse, to “grow significantly” next year.

Zuckerberg controls more than 54% of the company’s voting-class shares — meaning he can dictate the company’s decisions with little interference from angry shareholders.