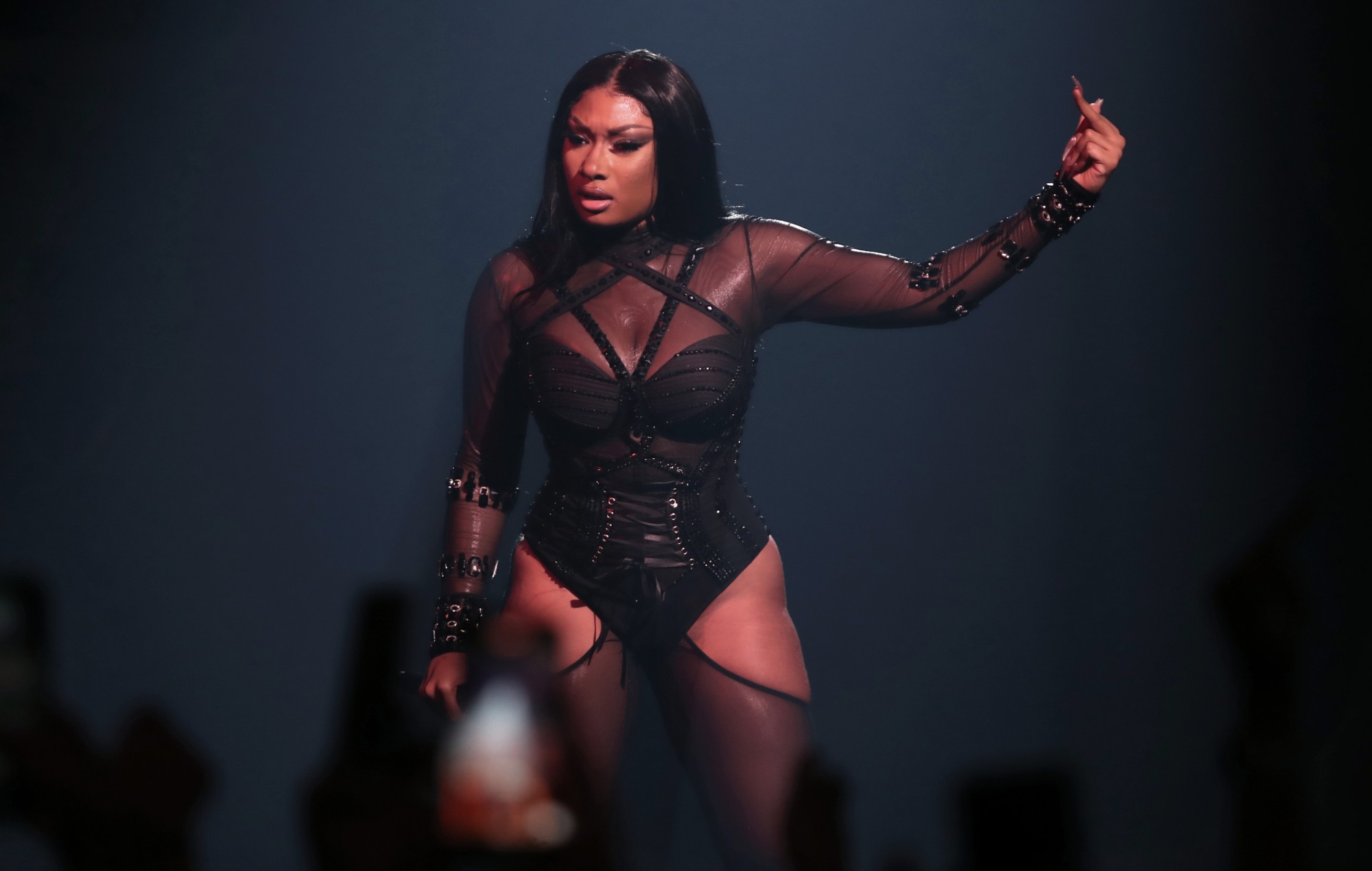 
Megan Thee Stallion has received an open letter from The Southern Black Girls and Women’s Consortium, who has partnered with industry figures to denounce violence against women.

The letter is addressed particularly to Megan following her inclusion in a lyric rapped by Drake on him and 21 Savage‘s new album, ‘Her Loss’. On the song ‘Circo Loco’, Drake makes mention of Megan’s 2020 shooting — allegedly at the hands of Tory Lanez — by rapping that she “lies[d] ’bout getting shot.”

Now, The Southern Black Girls and Women’s Consortium has come to Megan’s defense, enlisting a slew of activist leaders to pen a condemnation of the rapper’s treatment by the public. The Consortium’s letter was written by the Black philanthropy organization itself, and was signed by the likes of musician Ethel Cain, MeToo founder Tarana Burke, and Planned Parenthood CEO Alexis McGill Johnson, among many others.

The letter begins by applauding Megan’s talent and success, before expressing regret that she’s had to “endure public harassment and taunting not only from [Lanez] but from others choosing to stand with him.” The Consortium makes mention of Megan’s “strength and perseverance” in the face of critics, and later denounces the rapper’s treatment “in ways that no young woman– no person at all– should be treated.”

“It must be said that our culture has failed you,” the letter read. “In July of 2020, you experienced a violation of the highest order at the hands of someone whom you considered a friend… Bloggers have circulated rumors and excitedly reported on the most traumatic experience of your life as if it were juicy gossip, often perpetuating the idea that you’ve got a reason to lie.”

It continued: “You’ve consistently been clear about what happened to you, but instead of being met with widespread support, people who should have had your back have chosen to stay out of the matter.”

“It must be said that you have been treated in ways that no young woman–no person at all–should be treated.” pic.twitter.com/Cr0t162q9g

The letter goes on to call out “those who have made light of this heinous example of violence against women”, and highlights that an estimated one in three women worldwide has been a victim of sexual and/or domestic violence. “Violence against women is still entirely too common and acceptable in our world,” the Consortium said of the troubling statistic.

The letter concludes with a message of gratitude to Megan, both for her partnership with the Consortium for it’s ‘Joy Is Our Journey Dream Bus Tour’ even earlier this year, and for her commitment to “mental health and well being in our community even when your own has been minimized, marginalized, and deemphasized.”

“We want you to know that you are important and you matter to us and to millions of women around the globe… We stand with you Megan”, the letter concludes. The Consortium’s letter comes just days after Megan came to her own defense following the ‘Circo Loco’ lyric. Taking to Twitter just hours after the song’s release, Megan demanded that rappers “stop using my shooting for clout,” and questioned when it became “cool to joke abt women getting shot”.

Prior to that, Megan had consistently defended herself against accusations that she fabricated the 2020 shooting. Addressing detractors In a now-deleted Instagram post that same month, Megan asked: “Why would I lie [about] getting shot? Why are y’all so upset that I don’t wanna be in the bed sad?”. Later that monthshe reiterated the seriousness of her allegations, writing on Instagram that “It’s nothing to joke about and it’s nothing for y’all to go and be making fake stories about.”

Megan Thee Stallion alleged that Tory Lanez shot her in the foot following a house party in July 2020, which Lanez denied. Lanez was charged months later with felony assault with a semiautomatic firearm – personal use of a firearm – and for carrying a loaded, unregistered firearm in a vehicle. Lanez pleaded not guilty to the assault charge in November 2020. The court case is ongoing and heads to trial on November 28 of this year.