NEWYou can now listen to Acesparks articles! A Florida man and his son are being sought for beating a man unconscious at...
Read more
Home CELEBS Meet Shayna Landry from 'I Just Killed my Dad' on Netflix
CELEBS
August 20, 2022

Meet Shayna Landry from ‘I Just Killed my Dad’ on Netflix 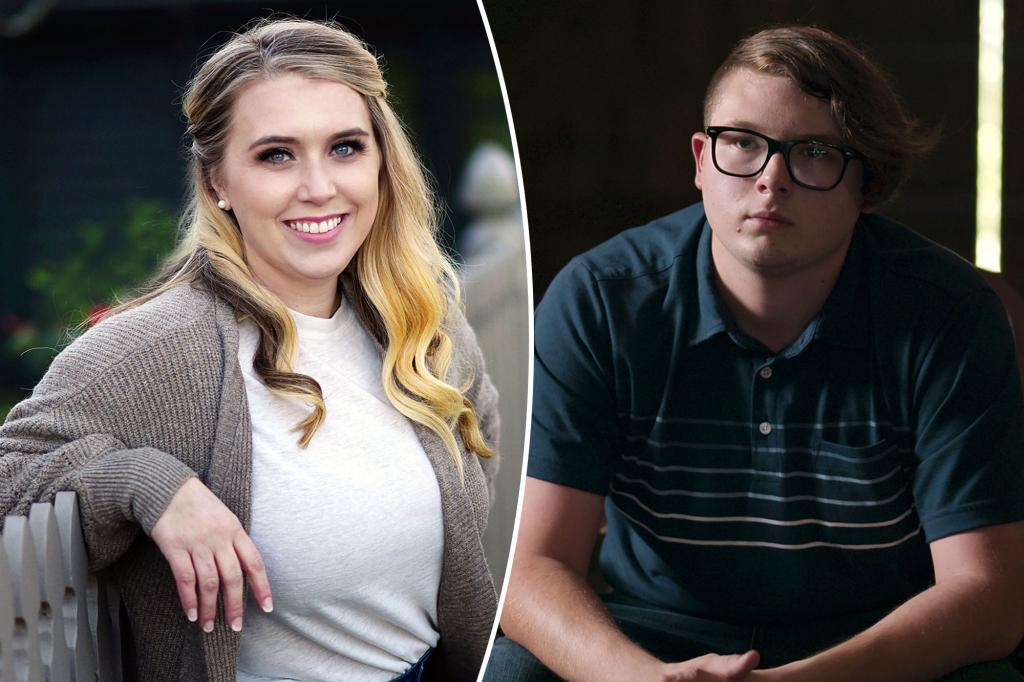 
Before supersleuth private investigator and budding DNA influencer Shayna Landry helped save Louisiana teenager Anthony Templet from life in prison after the 17-year-old shot and killed his father, the dogged investigator had one hell of a practice run — the search for her own biological father

Landry, 35, who says she never closes a case until it’s solved, is featured in the new Netflix docuseries “I Just Killed My Dad,” for her role in locating Templet’s biological mother, Teresa Thompson, 12 years after he was kidnapped from her home. Home in Houston, Texas.

Teresa’s groundbreaking revelations helped shed light on the years of abuse Anthony endured by his father leading up to that fateful night in 2019 when Anthony grabbed two guns to protect himself, shooting his dad Burt in the head and torso before calling 911.

Since the docuseries dropped on Aug. 9, fans have flooded Landry’s DMs, hoping she’ll help find their lost loved ones, or crack their own unsolved family mysteries.

“I felt like I was just a blip in the show, but I’ve been getting contacted by phone, text and email — hundreds of emails in the last week,” said Landry, who works as a civil engineer in Baton Rouge by day. and a licensed PI in her free time, told The Post.

The story of the incredible discovery began by accident. Landry’s husband knew a woman named Elena Fennell, who happened to mention that her co-worker Anthony was being charged with murder. But something about it didn’t quite sit right with her.

“Elena mentioned Anthony didn’t know who his mother was — he didn’t have any recollection of her. He had never seen his own birth certificate; His social security card had been printed the day before he put in his work application,” Landry said.

For one, Anthony could barely read or write, and he had never learned what “high-fiving” meant.

Gone without a trace

She plugged in Burt’s name and “Louisiana” into a background check system she uses called BeenVerified. That’s how she found Anthony’s biological mother, Teresa Thompson, who had filed domestic violence charges against Burt.

“I started pulling records and immediately noticed that Burt had hurt Anthony’s mom – it was during the same time that she was pregnant,” Landry said.

She could not find contact information for Teresa, but was able to track down her daughter, Netasha Thompson, who turned out to be Anthony’s half-sister. Because of the unique spelling of Netasha’s name, Landry found her on Facebook, noticing her face was strikingly similar to Anthony’s. She sent her a Facebook message on June 17, 2019.

“I have some super crazy questions about a boy here who is in trouble. I swear I wouldn’t ask if it wasn’t very important,” Landry wrote in a message she shared with The Post.

“[Netasha and Teresa] called me a few days later. [Teresa] was like, ‘Is he dead?’ I can’t imagine that being the first thought,” said Landry. “I was like, ‘No, someone’s dead, but not your son.’ They told me about Anthony being missing and sent me the missing flyer.”

The flyer, obtained by The Post, showed photos of Anthony as a baby, Burt’s red 2000 Chevy Silverado and the license plate number. The moment she hung up with Teresa and Netasha, Landry called the East Baton Rouge Parish Sheriff’s Office and informed the homicide detective. Then she took to Facebook and told everyone she could.

Netasha also shared on social media that, after more than a decade, her brother had been found.

“He has been secluded and abused all these years by his own father,” Netasha posted on Facebook on June 21, 2019 in a screenshot shared by Landry. “My brave brother had to defend himself for the last time against that evil man,” she added, thanking Landry for “taking a chance on just my Facebook picture.”

Landry has been solving hundreds of DNA mysteries, as she calls them, since 2016.

“My success rate has been, I would say, 100%, but I currently have an outstanding case that I’m stuck on due to lack of information,” she said, adding, “If I take a case on, I am committed until we close it.”

While Anthony’s case was ongoing, Landry continued to help other loved ones reconnect. Last June, she helped reunite a Boston woman looking for her father whom she found in California.

“I took a look at her DNA — within a week we had an answer,” Landry said.

In January, she helped another woman find her father in Mississippi. The docuseries inspired Landry to create a website where people can send details about their missing relatives.

Until this point, Landry had been offering her services for free. Now, she offers packages starting at $300.

“People are saying, ‘You came on the documentary, and it was like you were speaking to me.’ But the difference between me and someone who is just doing this is that I lived what they’re living too. I can empathize with them,” Landry said, referring to her search for her own father.

Her mother Lori, she said, was unsure of her father’s identity.

She had given Landry the name of her college boyfriend, who, at the time of her mom’s pregnancy, “didn’t believe he was my father,” Landry said.

“Turns out, he was correct.”

Undaunted, Landry took a DNA test from Ancestry.com in 2016.

She learned her biological father’s family heritage was Italian, and was able to track down her paternal grandmother’s obituary, whose married name was Segreto.

“They had two sons. I said, one of them has to be him,” Landry told The Post.

She zeroed in on a John Segreto living in New Orleans after discovering a public photo on his Facebook of a 1985 ticket to a Prince concert at the Superdome, just two years before she was born. The tip-off? A commenter recalling the weather conditions on the drive from her mother’s college, Southeastern Louisiana University. Landry tracked down his number.

“I called my father and I was like, ‘I think you’re my dad.’ At first he needed time to process, but he remembered my mom was a track runner with blonde hair and blue eyes. He said, ‘I remember your mom, 100%.’ He didn’t know she was pregnant,” Landry said of Segreto, who was 52 at the time.

They exchanged photos and he could immediately see the resemblance.

“He said, ‘It looks like I just spit you out, there’s no question.'”

They continued texting and had plans to meet up. John was planning to sell his home in New Orleans to move closer to Landry in Baton Rouge. Then one day, he stopped answering her messages. She later found out he had died suddenly.

“He had a heart attack on Thanksgiving night,” Landry recalled. She drove down to New Orleans to say goodbye.

“I was in a room with him, but never got to meet him,” she said. Soon after, while rummaging through boxes at her father’s home, she pulled out the final piece of the puzzle — a birthday card signed by her mother, 39 weeks before Landry was born.

Closing the case on her own family mystery, she said, has helped her help others.

“I just figured out how to do all of this — how to connect these dots. It was my way of healing,” Landry said. “Everyone deserves answers.”