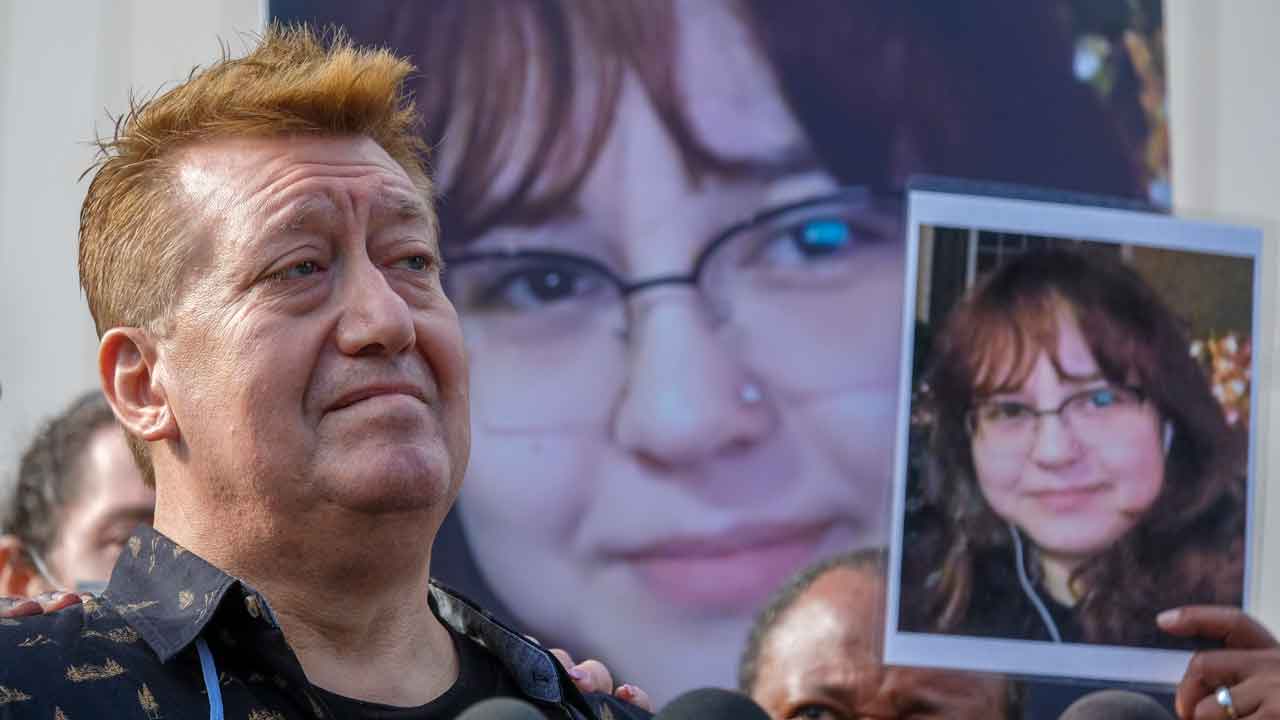 
A Los Angeles police officer violated policy when he fired a rifle at a suspect inside a clothing store last year, killing a 14-year-old girl in a dressing room, a civilian oversight board ruled Tuesday.

Valentina Orellana Peralta was shot and killed as she prayed in a dressing room with her mother, Soledad Peralta. Jones also killed Elena Lopez.

The Police Commission ruled that Jones was justified in firing once but that his two subsequent shots were out of policy.

Police Chief Michel Moore previously found in his own review that all three shots were unjustified.

Now that both the chief and civilian have issued their findings, Jones could ultimately face disciplinary action or even firing. However, he can appeal any disciplinary decision in state court.

Police were called to the store in North Hollywood following reports that a man was behaving erratically and wielding a bike lock. He attacked two women, including one who fell to the floor before he dragged her by her feet through the store’s aisles as she tried to crawl away.

Following 911 calls, Los Angeles police walked through the store in a formation, body-camera video shows. Wielding a rifle, Officer Jones pushed to the front of the car even as other officers repeatedly said “slow down” and “slow it down.”

The officers saw a woman crawling on the blood-stained floor and Lopez on the other side of the aisle, according to the video footage. “Hold up! Hold up!” Another officer screamed just before Jones fired three shots.

Jones told the LAPD’s Use of Force Review Board that he believed someone inside the store was shooting people, that he saw a bleeding victim, mistook the bicycle lock Lopez was wielding for a gun and that he thought a wall behind Lopez backed up against an exterior. brick wall that would block the officer’s shots. In fact, the area contained the women’s dressing rooms.

In his report to the Police Commission last month, Moore said a majority of the Use of Force Review Board concluded that Jones was “hyper-focused on his belief that this was an active shooter scenario and may have failed to conduct an objective assessment when he arrived at the scene.”

The officer “inaccurately assessed the imminence of the threat of death or serious bodily injury” from Elena Lopez when he fired three rounds in quick sequence and should have reassessed the situation after the first shot, the majority concluded.

One of the bullets went through the dressing room wall and fatally struck the teenager, whose mother “felt her daughter’s body go limp and watched helplessly as her daughter died while still in her arms,” ​​according to a lawsuit filed by the family.

The family’s lawsuit alleges that the LAPD failed to adequately train and supervise the responding officers and “fostered an environment that allowed and permitted this shooting to occur.”

Jones also killed Elena Lopez. An autopsy report showed that he was on methamphetamine at the time of his death.