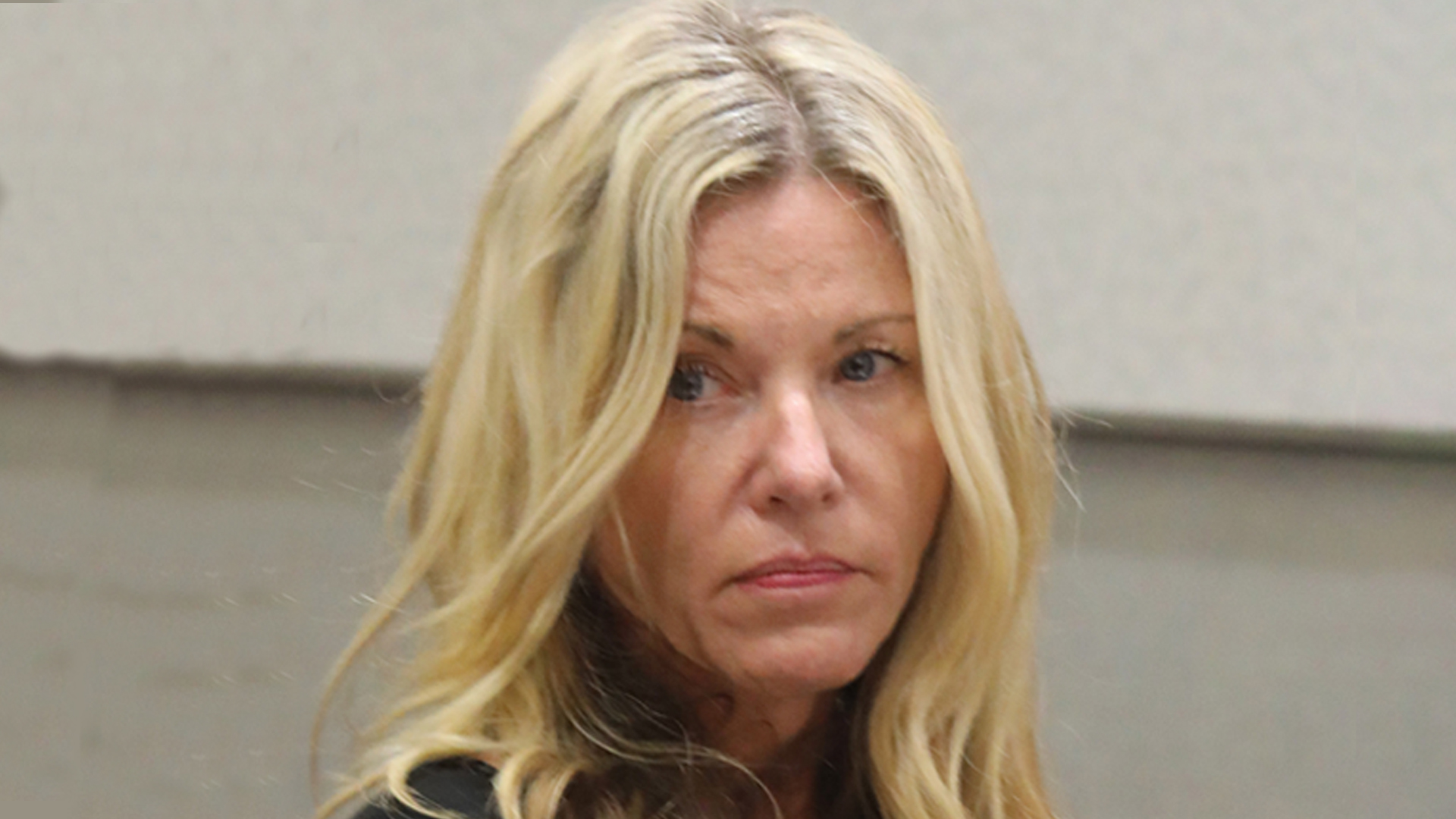 
LORI Vallow’s ex-mother-in-law is bracing herself for more heartbreak and shocking revelations during the cult mom’s long-awaited trial after she was deemed mentally competent to face a jury this week.

Kay Woodcock, the grandmother of Lori Vallow’s slain son Joshua “JJ” Vallow, told The US Sun she knows Vallow’s trial is going to be “a living hell” to sit through – but she’s eager to get it behind her.

“It’s going to be a living hell because I promise you we only know a small amount of the details,” said Kay.

“They have a mountain of evidence and [currently] we only know an inch of that mountain … so we’re going to learn some horrendous things.

“And if anything’s gonna kill me through this, it’ll be that trial. So I want to get it done so I can get past all that.”

Lori Vallow was once again found competent to stand trial for the 2019 murders of her son JJ, 7, and daughter Tylee Ryan, 16, on Tuesday.

Concerns over her mental capacity were raised by a judge in October, suspending the legal proceedings indefinitely.

Lori had initially been due to stand trial alongside her Doomsday fanatic fifth husband and alleged accomplice Chad Daybell in January but proceedings have been postponed again. A new date has not been set.

As the wait for Lori’s day in court drags on with no immediate end in sight, Kay says she is left feeling “numb” after three years of repressing her emotions.

When she finally sees Lori on the stand, Kay said she’s afraid of how she might react.

“I just feel a lot of numbness because I’m still where I was three years later and I still feel numb.

“I don’t feel anything because I haven’t allowed myself to go too deep into myself, because I know deep down inside me is all this anger and hatred that I just don’t want to face.

“I know there’s going to be a time where I’m going to have to tap into these emotions and feelings, and it’s not going to be good.

“I don’t know when it’s all going to come to the surface but it may happen at the trial.

“I can also see me being put in jail because, I’m not a physical or physically violent person, but I probably could be when it comes to this.”

“They’ve already killed numerous people and I won’t allow them to kill me too.

Given the opportunity, Kay said she would want to sit down face-to-face with Lori and ask her “how could you do this?”

Worried about the emotional toll Lori and Chad’s trials may take on her, and unsure of how much more heartache she can endure, Kay said she’s determined to ensure Lori’s trial “will not kill” her.

“I hope it’s not going to kill me, I say it won’t and I hope that’s true,” she said, voice cracking.

“They’ve already killed numerous people and I won’t allow them to kill me too.

Kay added: “I’m not gonna lose my life to Lori Daybell and Chad Daybell – I’m not gonna do it. I’ll get through this and I’ll be better on the other side.

“I haven’t gotten there yet, but I will be better on the other side because they’re not going to take what’s left of my world away.”

Lori and Chad Daybell have been accused of murdering JJ and Tylee in late 2019 having allegedly become convinced they’d both been possessed by “dark spirits”.

JJ and Tylee were both found buried in shallow graves in the backyard of Daybell’s home in Salem, Idaho, on June 9, 2020 – nine months after they were last seen alive.

In a previous interview with The US Sun, Kay called “bulls**t” on Lori’s purported assertions that JJ – who had autism – was in any way possessed by a demon.

“They had his father [Charles Vallow] killed and then moved to a different state and into a different apartment; everything in his world was new,” she said.

“He left the school that he loved so much and she changed his world 180 degrees.

“You don’t do that to Autistic children, they don’t deal well with sudden change so you have to keep their world as steady as you can – but she just obliterated it.

“I’m sure he had to be acting out because she blew up his world.

“She can say that it was dark spirits but she was just feeding into – I’m going to say it – Chad’s bulls**t, because that’s what it was: bulls**t.

“Lori was feeding into Chad’s bulls**t and that was a convenient excuse for her to look the other way.

“She didn’t want JJ ​​anymore and she was butting heads with Tylee.

“She wanted to get away from them and she didn’t want the responsibility anymore.”

‘KNEW WHAT SHE WAS DOING’

Before his death, Charles had transferred his $1 million life insurance policy out of Lori’s name and into Kay’s after apparently growing concerned about his strange wife’s increasingly strange and disturbing behavior.

When JJ was found dead just over two years ago, Kay believed Lori had killed her beloved grandson to get back at her for taking the money.

But as time has gone on, and the more she has learned about her former daughter-in-law, Kay says she now believes “it was all about the Doomsday cult she was in”.

“Lori wasn’t possessed, she knew exactly what she was doing,” claimed Kay. “It was all about that cult.

“I know she could turn it on and off because she did it with Charles.

“She never brought any of that doomsday s**t up to me. Never. Because she knows I would’ve told her, ‘What the hell is wrong with you?’

“I’m very candid and she knew that and she knew I wouldn’t believe her. She knew me well enough not to say anything.”

Whenever Lori and Chad’s trials should go ahead, Kay says she will be praying for guilty verdicts. She also hopes that they both die behind bars, never to see the outside world again.

Kay said: “I just want them to remain behind bars until they die, whether it’s being put to death by the state of Idaho, or until they die of old age in prison.

“I don’t care whichever way it is, and whatever it is I will accept it.

“But they will pay for it on this Earth, and the Earth time will be easy.

“It’s the eternity that’s going to be hell.

The twisted saga involving Vallow and Daybell began in September 2019 when JJ and Tylee disappeared without a trace just weeks apart.

Tylee was last seen on a family trip to Yellowstone National Park on September 8, and JJ vanished in Rexburg, Idaho, on September 22.

For several months, Lori had maintained that her children were safe and living with family members in Arizona but refused to disclose where or with whom, and ignored a court order to produce the children to authorities.

Investigators would then make a horrifying discovery on June 9, 2020, shortly after they served a search warrant at the Salem, Idaho home of Lori’s husband, Chad Daybell.

In the backyard of the property, police found two sets of human remains buried in shallow graves that were soon confirmed to be Tylee and JJ.

Tylee’s remains had been dismembered and burned, while JJ was found buried in his red pajamas and wrapped in plastic bags with tape covering his mouth, arms, and wrists.

Chad Daybell was taken into custody the same day and both he and Lori were later indicted by a grand jury on a number of charges related to the kids’ deaths, including first-degree murder and conspiracy to commit murder.

Lori’s devoted brother Alex Cox was also believed to be involved in their murders but escaped charges after his sudden death in December 2019, which was reported to be the result of “natural causes” spurred by high blood pressure and blood clots wedged in his lungs.

Her death, which was initially ruled to be the result of a “cardiac event,” came in October 2019 just two weeks before Vallow and Chad Daybell tied the knot in Hawaii.

Authorities now deem her death to be suspicious, with court documents saying that Cox attempted to shoot Tammy in the days leading up to her eventual death.

Tammy’s body was exhumed but the results of her second autopsy have not been disclosed to the public. Cox died a day before the exhumation took place.

Vallow and Daybell have both pleaded not guilty to all charges and could face the death penalty if convicted.