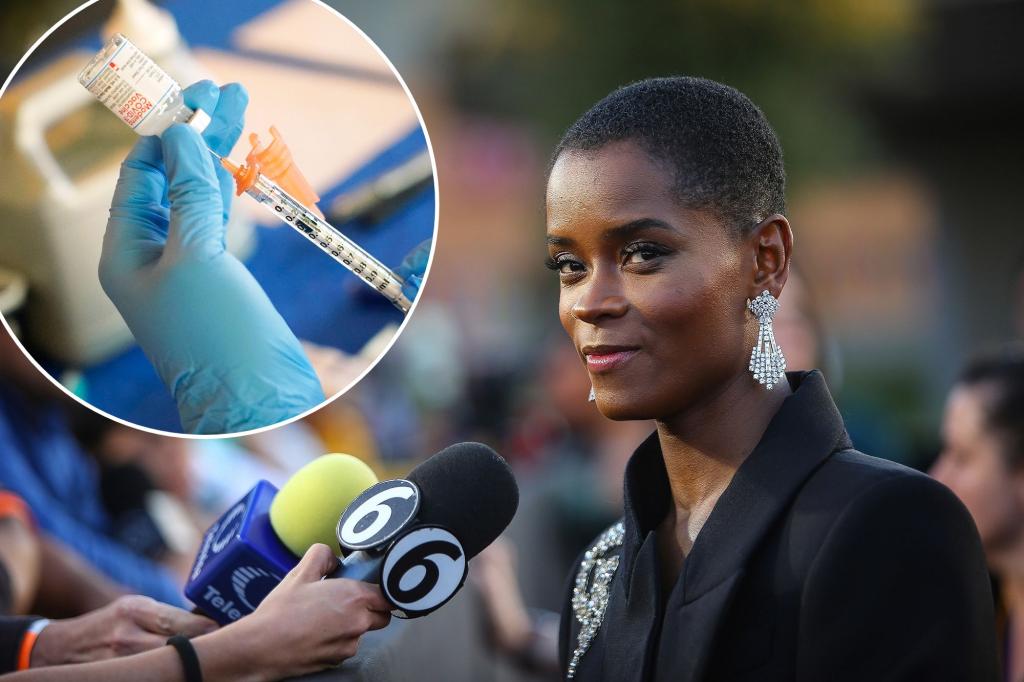 
Letitia Wright is through with apologies.

In the piece published on Monday, Feinberg described how the British actress’ previous stance on COVID-19 vaccines and her anti-vax position could impact her chances of winning an Academy Award in 2023. The journalist compared her position to the likes of alleged domestic abuser Brad Pitt, as well as Will Smith, who is now banned from appearing at the Oscars for 10 years after assaulting host Chris Rock on stage at the 2022 ceremony.

THR has since responded to Wright’s rebuke in a statement obtained by The Post, though not including an outright apology.

The 29-year-old entertainer delivered her diatribe via Instagram Stories.

“I had to unblock @ TheHollywoodReporter just to post this,” Wright began.

“Scott Feinberg and all at this publication. You’re incredibly disrespectful. How dare you. You mentioned my name alongside men who have been accused of abuse and sexual misconduct.”

“I’ve remained silent as the world told me to kill myself two years ago for a video I posted and apologized for,” the “Death on the Nile” star added. “I kept my head down and focused on my craft. And now I’m at the other side of it. Here you are, as a so called journalist we are meant to trust, putting my name into this nasty article for what?”

She continued, “At this point, a personal vendetta towards me. I’ve done nothing wrong but respectfully refused to do interviews with this publication. Stop your nonsense. I apologized TWO years ago.”

“You lied and said I continued talking about it with my cast & crew on my set. THIS WAS NOT TRUE. ASK MY PRODUCER AND DIRECTOR. The film was successful. Your agenda towards me is now even more clear. I won’t remain silent. Stop your disgusting behavior,” Wright concluded in Monday’s rebuke.

Said Moody, “I sincerely appreciate the feedback and dialogue surrounding this column. While the intent was not to equate Letitia Wright’s situation with others mentioned in the article and we underlined that in the story (which was assigned to Scott), we also understand that some saw this in a different way. We have featured Letitia on our cover and cited her great talent in reviews and look forward to continuing to chronicle her career.”

For her part, Wright already walked back on her prior critical statements regarding COVID-19 vaccine uptake. In a recent profile for the Guardian, she expressed regret for her problematic views.

In 2020, Wright retweeted an anti-COVID vaccine conspiracy clip, which caused a stir among fans. The backlash led to her deleting her social media accounts.

“If you don’t conform to popular opinions. But ask questions and think for yourself … you get cancelled,” she tweeted at the time, including a laughing emoji at the end.

Her critics then reportedly asked Disney’s Marvel Studio to fire Wright from the “Black Panther” franchise for being a “stupid bitch.”