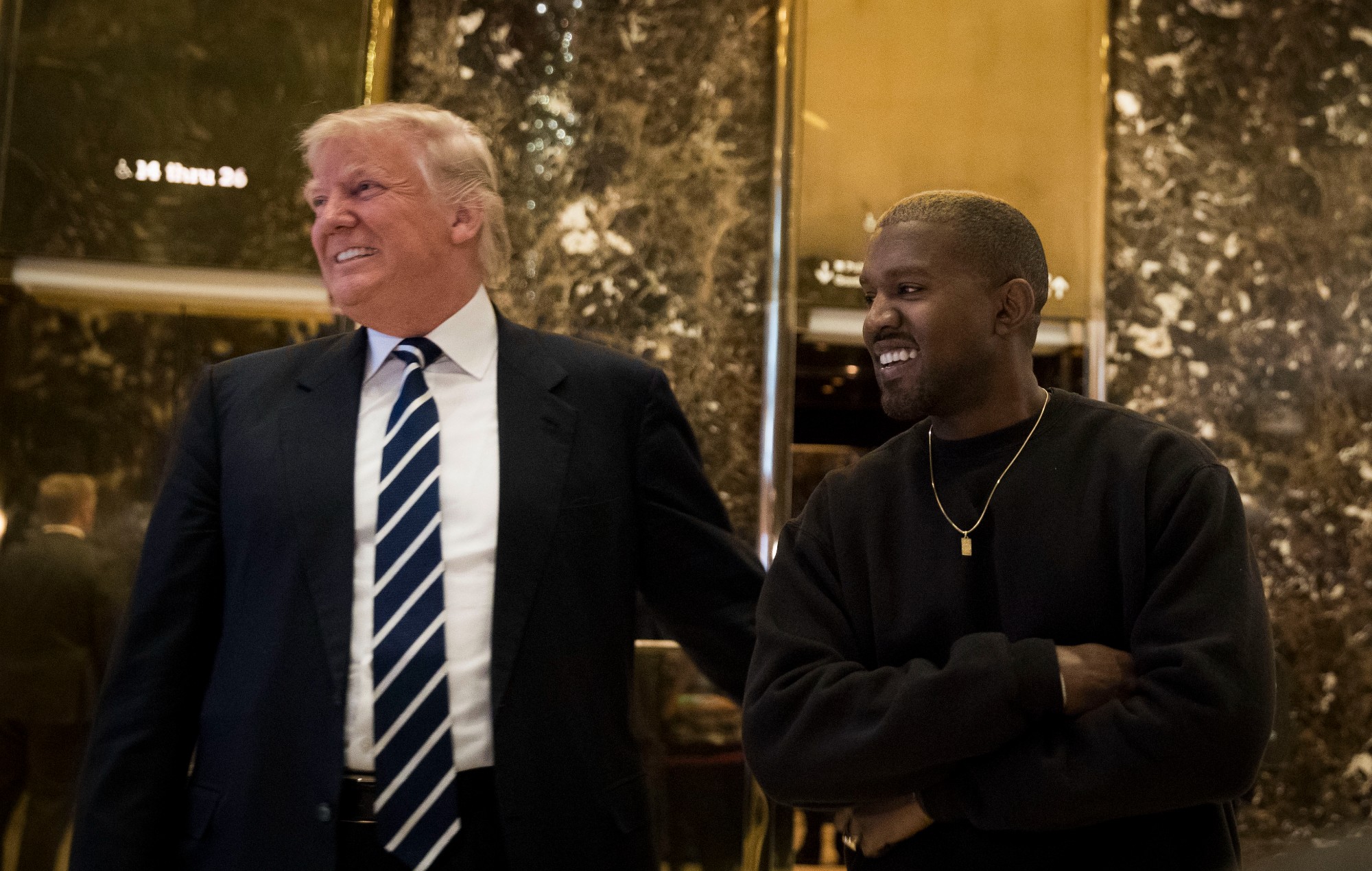 
Days after visiting Donald Trump at his Mar-a-Lago resort, Kanye West has discussed the meeting in campaign videos in support of his 2024 presidential run.

Earlier this week, West confirmed his bid for the White House, revealing that he’d enlisted controversial right-wing figure Milo Yiannopoulos to assist with his presidential campaign. Yesterday (November 24), it was reported that West had visited Trump – who likewise announced his candidacy last week – at the former-president’s Florida estate.

The rapper was seen walking through Miami airport with Nick Fuentes, a right-wing political commentator documented white supremacist leanings. West confirmed his visit with Trump on Wednesday, posting a Tweet which read: “First time at Mar-a-Lago”. According to the post, West claimed to have “left President Trump waiting” and “asked him to be my running mate in 2024.”

Today (November 25), West has shared what appears to be a presidential campaign video, in which he discusses the Trump visit as part of a “MAR-A-LAGO DEBRIEF”. The rapper said that his offer for Trump to be his vice president was “lower on the list of things that caught [Trump] off guard”, claiming instead that the politician was “most perturbed” by “the fact that I walked in with intelligence.”

West goes on to discuss Fuentes, whom he described as a Trump “loyalist”, and relayed his advice to Trump to “go and get these people that the media tried to cancel and told you to step away from”. Along that line of enlisting “loyalists”, West made reference to the January 6 riot on the US capitolwhich was led by Trump supporters, saying: “Why, when you had the chance, did you not free the January 6-ers?”

Elsewhere in the video, West claimed that the pair discussed his ex-wife Kim Kardashian, referencing her efforts in 2018 to have Trump grant clemency to former-prisoner Alice Johnson. According to West, Trump said that he did not “get [Johnson] out of jail… for Kim, he did it for me.” The rapper relayed a comment Trump made about Kardashian, but bleeped out the exact quote. “That’s the mother of my children”, Kanye responded.

Towards the end of the video, West said that conservative Christians will “demand that [Trump] hold all policies directly to the Bible”. He concluded the video by claiming that “Trump started basically screaming at me…telling me I was going to lose,” to which he replied, “You’re talking to Ye.” A title card with the text: “YE24” appeared at the end of the video, which West also used as a hashtag on the post.

West used the hashtag and “YE24” imagery on three additional campaign videos, the first of which features footage of a news presenter reporting on his Former partnership with Adidas. That video begins with a title card that reads: “Adidas has just frozen all of Ye’s bank accounts and sued him for $275 million dollars in advertising fees”, and is interspersed with footage of West sitting in a white room.

“Look, I forgive him for the things that he said,” Diddy commented in an interview used for the video, “because I already identify with some things going on that I don’t understand.” A clip of comedian Dave Chappelle also appears in the video, alongside text messages West allegedly received from celebrity personal trainer Harley Pasternak (who Ye posted about on Twitter earlier this month upon his return to the platform).

The final video depicts what looks to be West’s campaign logo — a glittering circle aside the text: YE24.

Trump and West’s relationship dates as far back as 2015, the year when West first announced his intention to run for president in 2020. Trump later said Rolling Stone that he “hope[d] to run against [West] someday.” The following year, West declared to crowds at his Saint Pablo Tour that “if I would have voted, I would have voted for Trump,” before meeting with Trump at the Trump Towers in New York City.

In 2018, West wore a ‘Make America Great Again’ hat during his appearance as a musical guest on Saturday Night Live. The rapper’s Trump-related tangent during the broadcast was cut off to the general viewing public, with Trump later tweeting that West’s appearance “was great”.

West has faced a wave of backlash over the past months after posting a series of antisemitic remarks online, including one where he said he didn’t believe in the term antisemitism. He was subsequently suspended from Twitter and Instagram and several companies ended their association with him – including Adidas, who officially terminated their Yeezy partnership with the rapper.