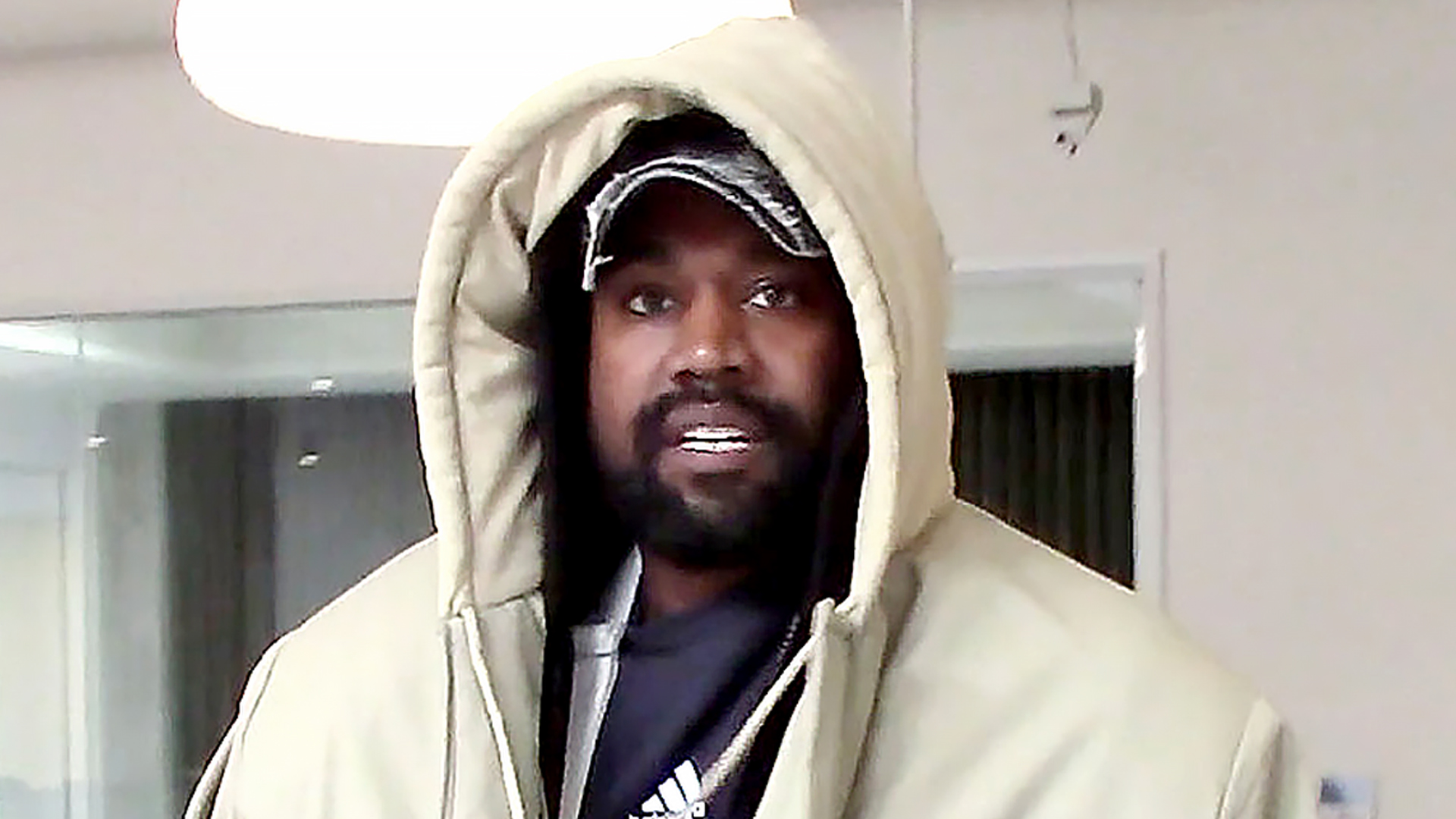 The Stronger rapper revealed his trove of “Ye24” merchandise to X17 on Sunday, where he officially declared his presidential bid.

“This is Milo right here, working on the campaign,” Ye said, to which the interviewer asked: “Is that an announcement?”

While inside his workshop in Crenshaw, the cameraman asks Ye, “So you are running?”

“It’s simple ’cause nobody can tell me ‘you should say this, you shouldn’t say that,’ you know? It’s just we’re moving towards the future,” Ye added.

Ye revealed that his “Ye24” merch is made out of cut-up inventory from his previous deals with Adidas, Gap and Balenciaga, which will all come with a $20 price tag.

The hitmaker then posted: “Shalom :)”.

The latter message – a Hebrew word meaning “peace” that is also used as a greeting – drew major blowback from other Twitter users.

Another responded: “So now it’s a joke? This is just so ridiculous.”

“Can you…not?” Another user chimed in, as one person added: “Not funny, antisemite. Go away. You are universally hated.”

One critic said: “Nothing funny about hate.”

Last month, the Yeezy founder was dropped by Adidas and barred from various social media sites, at least temporarily, for making controversial and antisemitic comments online, in interviews, and with his fashion choices.

Towards the end of October, the sports brand dropped the star over his “harmful” and “dangerous” comments.

Ye sparked public outrage after making a string of antisemitic comments, which his ex-wife Kim Kardashian and her family members spoke out against.

Then, amid pleas from fans and threats of a boycott, Adidas finally announced it was cutting ties.

The company said in a statement: “Adidas does not tolerate antisemitism and any other sort of hate speech.

“Ye’s recent comments and actions have been unacceptable, hateful and dangerous, and they violate the company’s values ​​of diversity and inclusion, mutual respect and fairness…”

Adidas and Yeezy’s relationship stems back to 2015.

Adidas joined companies like Gap and Balenciaga in cutting ties with the music star.

He also incensed the public by making antisemitic comments and wearing a “White Lives Matter” T-shirt to a fashion show.

Kanye wrote on Instagram: “Ima use you as an example to show the Jewish people that told you to call me that no one can threaten or influence me.”

Several days later, he tweeted: “I’m a bit sleepy tonight but when I wake up I’m going death con [sic] 3 On JEWISH PEOPLE.”

Defcon is a military term used as an alert system by the US armed forces.

Musk took over the platform after the fact and decided to reinstate several controversial accounts, including Ye and former President Donald Trump.