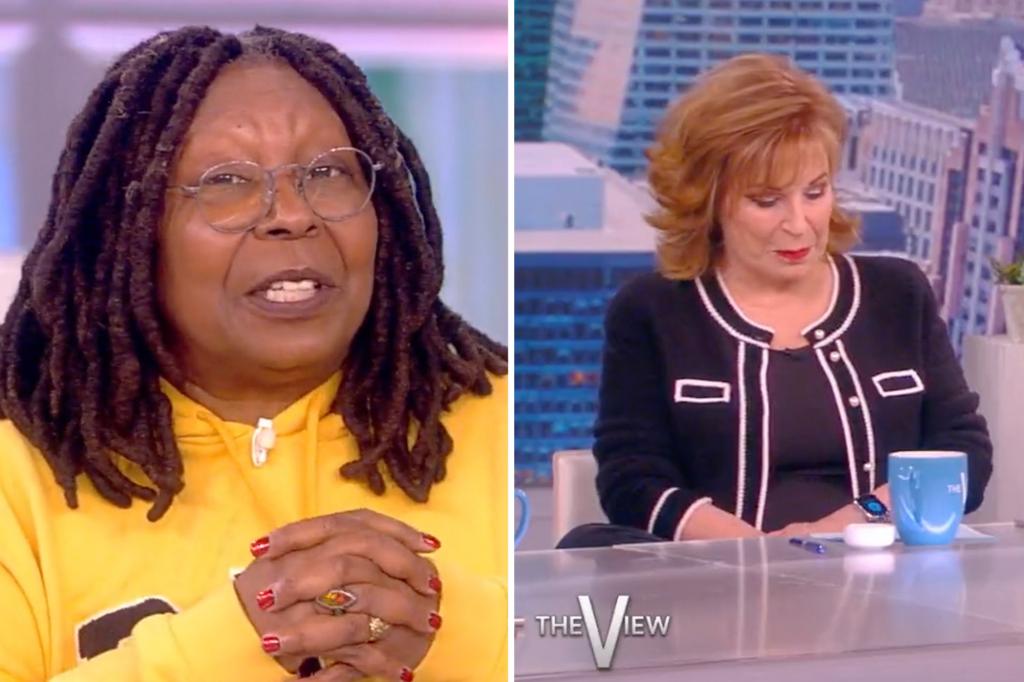 “The View” co-hosts refused to let Whoopi Goldberg sleep on the job during Wednesday’s episode, as Joy Behar criticized her for “checking out” in the middle of the show.

Behar, 80, bashed Goldberg, 66, for playing up to the audience and acting disinterested in the talk at the host’s roundtable.

The jab came during a discussion about how the women handle finances with their significant others.

Sunny Hostin, 54, joked that she was fed-up with bills, such as her children’s ballet lessons or streaming services. Sarah Haines, 45, explained that she and her husband have joint and separate bank accounts.

Meanwhile, Goldberg — whose third and final marriage ended in 1995 — appeared bored and rested her head on her chin as Hostin and Haines shared their financial circumstances, which got a laugh out of the audience.

“Whoopi checked out an hour ago,” Behar retorted.

Goldberg quickly shook off the comment and chimed in. “If you’re married, you should always have some money that’s yours,” she answered, adding that spouses shouldn’t have to explain how they choose to use their personal funds.

The “Sister Act” star has been known to butt heads with her “View” co-hosts. Meghan McCain openly blasted Goldberg in her 2021 audio memoir, “Bad Republican.”

“The thing about Whoopi … is that she yields so much power in culture and television, and once she turns on you, it can create unfathomable tension at the table,” she said.

“I found her open disdain for me more and more difficult to manage as the years went on, and it became more frequent. Occasionally, if the show’s political discourse veered into territory that she found disagreeable, Whoopi would cut me off, sometimes harshly.”

There’s been a few instances of spats between co-hosts on “The View” recently. On Tuesday, the show was forced to go to commercial break after Hostin and Alyssa Farah Griffin, 33, got into a heated debate over the midterm elections.