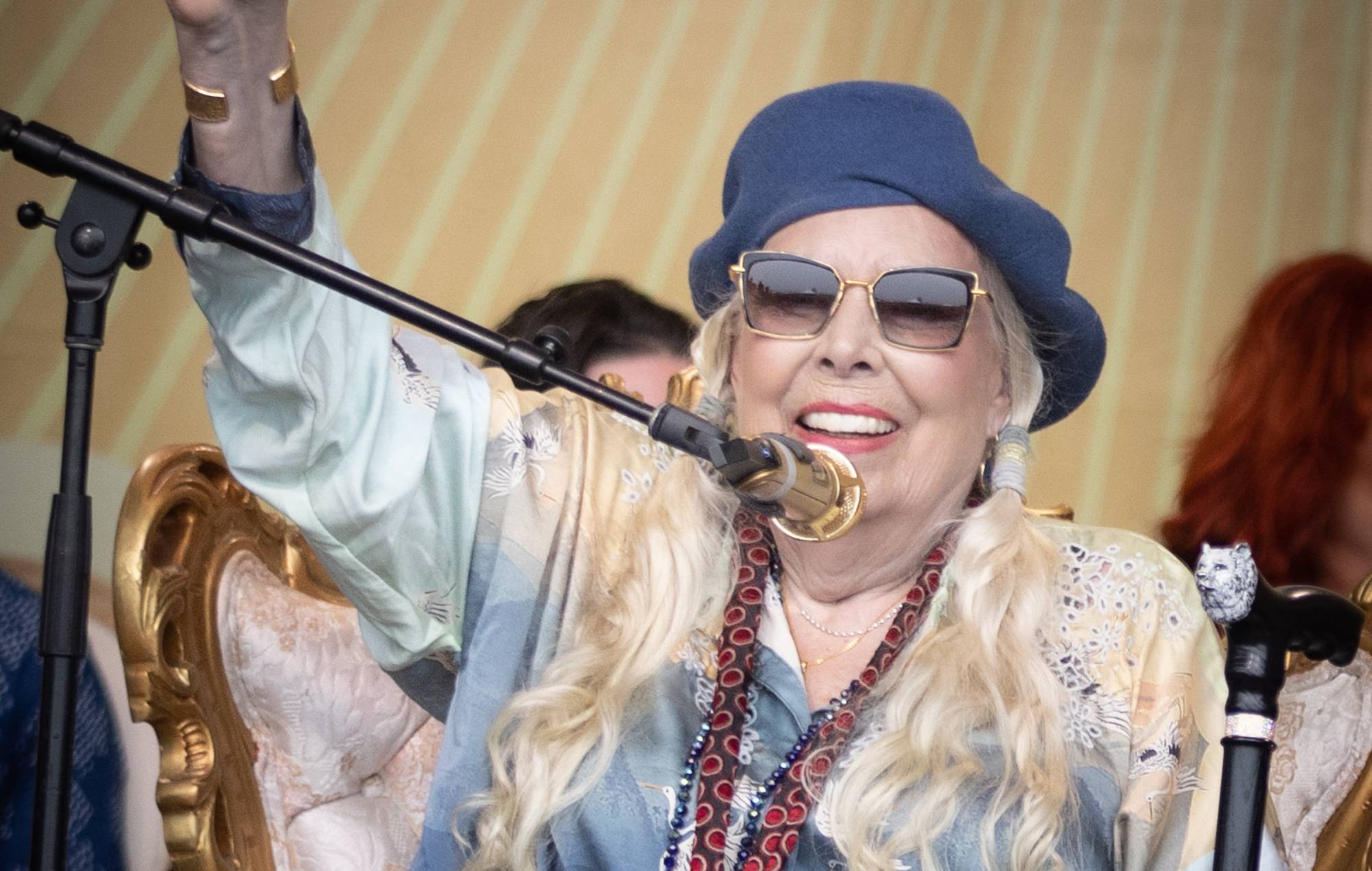 Earlier this summer, Mitchell performed a surprise set at the legendary music festival – which she last appeared at in 1969 – delivering a 13-song “JONI JAM” set that featured Carlile on the tracks ‘Carey’ and ‘A Case Of You’ (for which Marcus Mumford was also welcomed out) and ‘Big Yellow Taxi’.

In a new rare interview with Elton John on his Rocket Hour radio show for Apple Music, Mitchell revealed that plans are in place to release the performance as an album.

John said: “I’ve seen you through music, and of course your incredible rehabilitation, but music has helped you so much and it’s beautiful to watch you evolve. And people out there, you haven’t heard things from the Newport Folk Festival yet, but I think there’s going to be an album coming out of that one?”

Mitchell also opened up about her endeavors to re-learn the guitar in a recent interview with CBS Mornings. She explained that her ability to play guitar was one of the skills she lost following her aneurysm, saying of her progress: “I’m learning. I’m looking at videos that are on the net, to see where to put my fingers. It’s amazing… when you have an aneurysm, you don’t know how to get into a chair. You don’t know how to get out of bed. You have to learn all these things again. You’re going back to childhood, almost.”

Next year, Mitchell is set to continue her return to the stage, playing her first headline show in 23 years according to Brandi Carlyle.

The revelation came during Carlile’s appearance on The Daily Showas Pitchfork reported, with the artist telling host Trevor Noah that Mitchell would be taking to the stage in Grant County, Washington next June. Carlile will perform her own show in the city on Friday June 9, taking to the stage at the 27,500-capacity Gorge Amphitheater – during her interview with Noah, she dropped the news that Mitchell will play the same venue the following night.