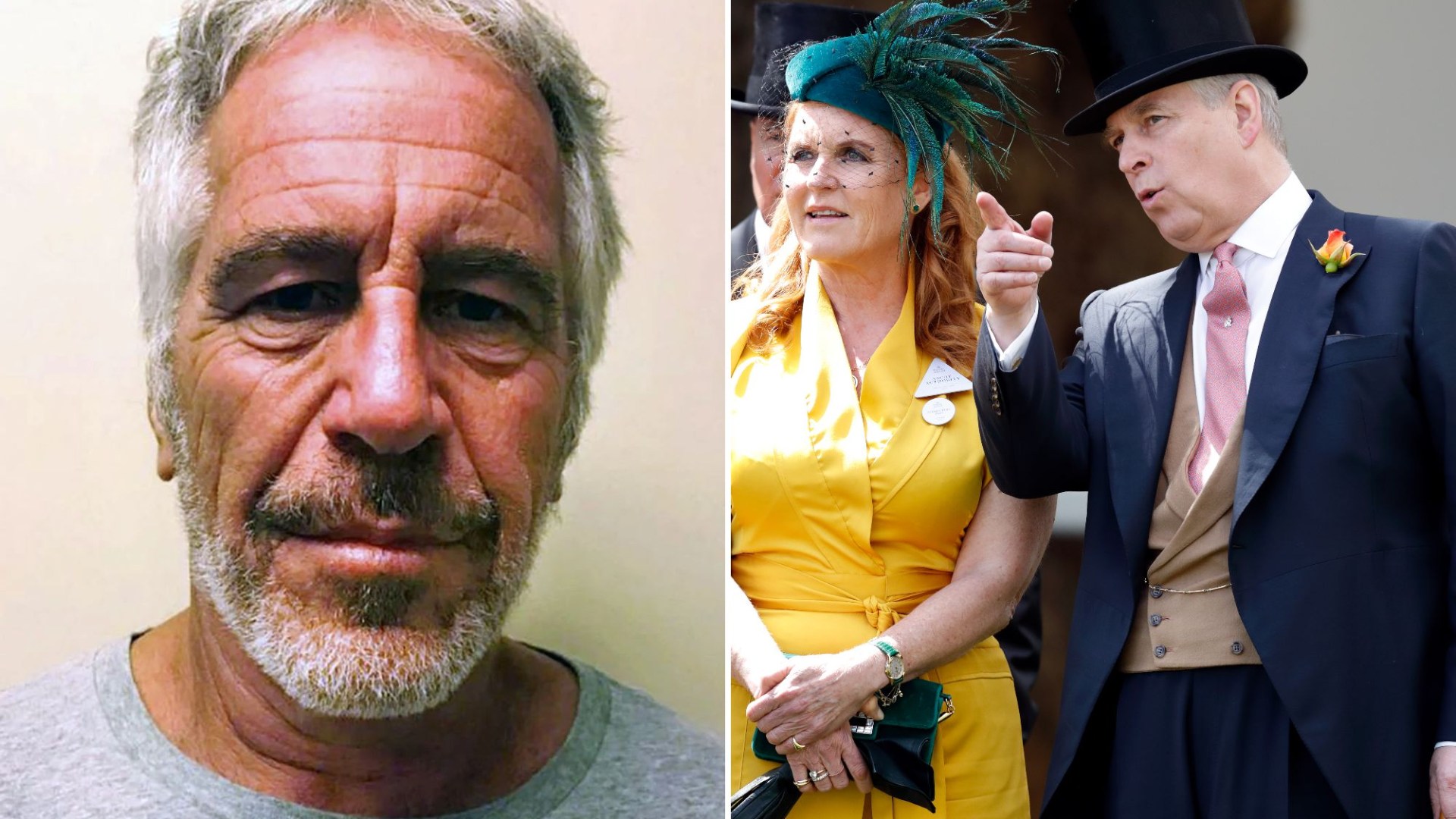 US Businessman John Bryan has made the stunning revelation in his first-ever tell-all interview.

Bryan – who had a four-year relationship with Fergie in the 90’s – became embroiled in a royal scandal in 1992 when he was snapped sucking her toes following her split with Andrew.

He believes that Epstein forged a career by swindling the rich and famous, but claims the paedophile’s “ultimate” aim was to blackmail the Queen.

Bryan claims that Epstein’s image as a financier was a fraud, and he actually made his fortune by duping powerful men into giving him money in exchange for his silence.

He told the Daily Mail: “It was just an extortion plot.

“People always ask how Epstein made his money. He was supposed to be this tax wizard. But it was all a con.

“He blackmailed rich men and then made them pay to avoid scandal. He made hundreds of millions of dollars this way.

“Epstein tried to lure Andrew into his web, but I believe his ultimate mark was the Queen.”

Bryan claims that the stunning plot to blackmail the Queen backs up his belief that the allegations surrounding Andrew are unfounded.

“Andrew has never had any money. The Queen was the one with money.

“I truly believe Epstein was going after her but Andrew never gave him the ammunition to do so.”

The tell-all interview comes as Bryan said he was drafted back into the royal frame to advise Andrew following his disastrous Newsnight interview in 2019.

He revealed how he was smuggled into the Royal Lodge at Windsor to help Andrew following his car-crash TV interview – which came in the wake of the Jeffrey Epstein scandal and amid claims Andrew had sex with Virginia Giuffre.

Andrew vehemently denied the allegations but was still stripped of his patronages and beloved military affiliations.

Ten days after the infamous interview, he received a call from Fergie asking him to come to the royal residence.

He said: “Andrew’s television interview had been a catastrophe so they needed an honest strategic plan that everyone could buy into.

“She invited me to come over. She was desperate. She told me that Andrew was in terrible shape.

The financial advisor said he was driven into Windsor in a blacked-out Range Rover before entering via a “secret entrance”.

He claimed he helped the desperate family come up with a “long-term strategy” they branded “House of Kroy” – York spelled backwards.

Mr Bryan returned to the home the next day where he was met by Andrew, Princess Beatrice, Edoardo Mapelli Mozzi and Princess Eugenie and her husband, Jack Brooksbank.

He said the Duke was “downcast” and shouted: “I don’t care any more, I don’t care. I am being treated unfairly.”

He said that the fallout from Andrew’s disastrous interview left him in a state he had never seen royal in before.

“In the four years I dated Sarah I never once heard him raise his voice or lose his temper,” he said.

“It showed what strain he was under, how much he cared about the damage this was doing to the Royal Family.”

Mr Bryan said he believes the Duke is telling the truth and explained he only ever saw Andrew with women in their mid-20s while he was dating Fergie.

“But there was never a hint of that. I remain and will always remain an outsider, so let me be the first outsider to say that I believe Prince Andrew – and I don’t say it lightly.

“This outsider has a lot of inside knowledge.”