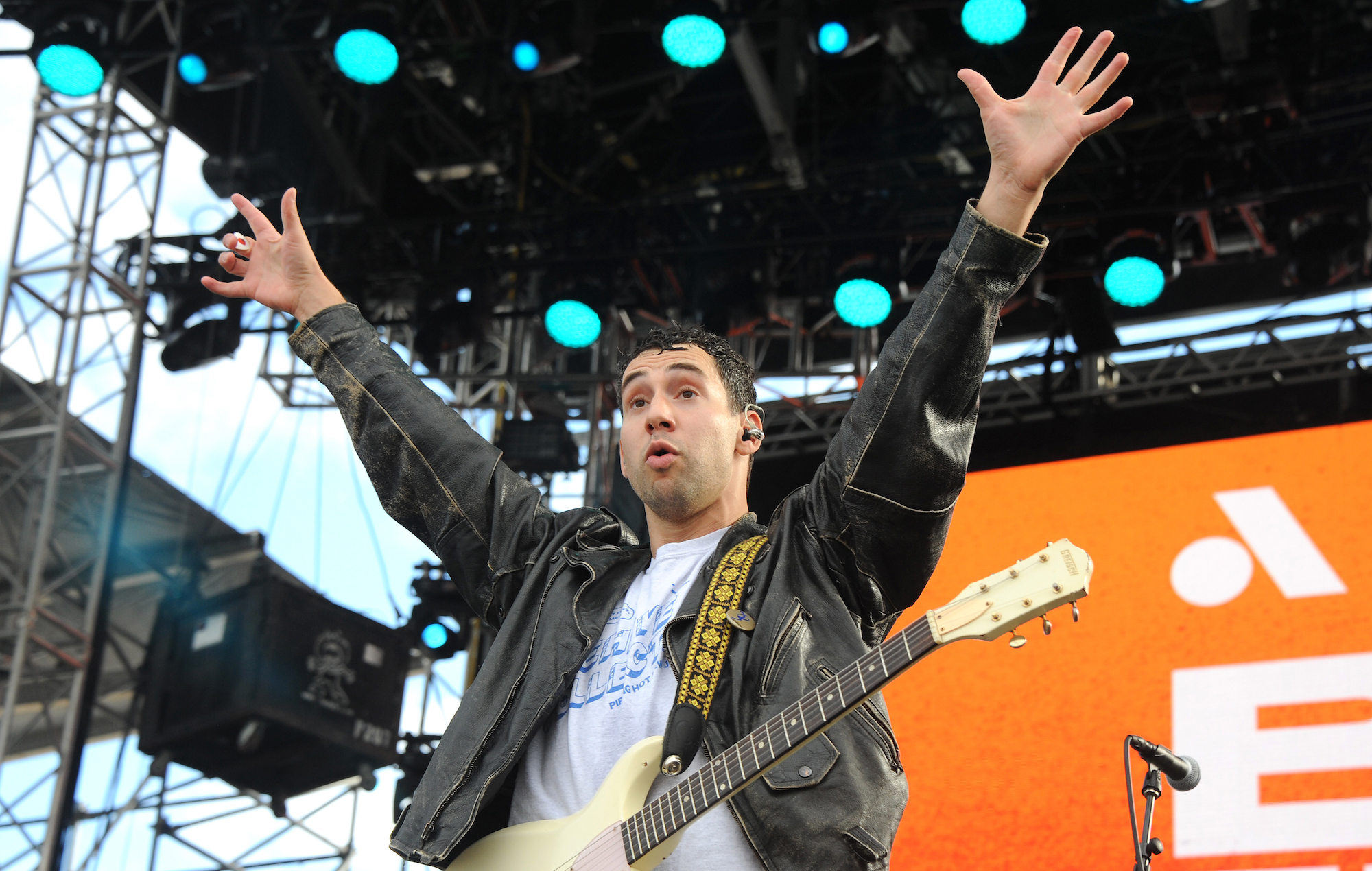 
Jack Antonoff has called on venues to “stop taxing” merchandise sales, saying it’s “literally the only way you make money when you start out touring.”

Taking to Twitter on Friday night, the Bleachers Vocalist said: “While we are having the discussion can venues simply stop taxing merch of artists?”

“The more we make it tenable for young and small artists to make a living on the road the more great music we will get,” Antonoff continued. “Touring is one of the most honest ways to make a living. (It’s) some of the hardest and most heartfelt work you can do. So why must (venues) fuck artists so hard?” He then offered what he considered “simple solutions”.

touring is one of the most honest ways to make a living. some of the hardest and most heartfelt work you can do. so why must fuck artist so hard?

“Stop taxing merch, stop lying to artists about costs of putting on shows, and include artists in more areas of revenue,” Antonoff added. “The stories I could tell from my years touring are bananas. Young artists on tour are the last to see any money.”

“If these are my last tweets, I’m cool with that,” said Antonoff.

It comes amid a wider conversation around touring and tickets, following Ticketmaster canceling the general sale for Taylor Swift’s ‘Eras ​​Tour’ after issues with various pre-sales.

“There are a multitude of reasons why people had such a hard time trying to get tickets and I’m trying to figure out how this situation can be improved moving forward,” Taylor wrote in an open letter in response. “It’s truly amazing that 2.4 million people got tickets, but it really pisses me off that a lot of them feel like they went through several bear attacks to get them.”

Following the incident, Ticketmaster Apologized for the incident and the United States Department of Justice officially opened an anti-trust investigation into Live Nationthe company that owns Ticketmaster.

The conversation around venues taking a cut of merch sales has been gathering steam in recent months. Last December, The Charlatans‘ Tim Burgess and former New Order member Peter Hook spoke out about venues that take an unfair cut of merch sales, with Burgess saying “​​the whole system needs addressing“. The following month, The Featured Artists Coalition (FAC) announced a new directory highlighting music venues that charge zero commission on the sale of merchandise.

Earlier this year, The Big Moon announced that they would not be selling merch at their headline show at the O2 Kentish Town Forum, and would be hosting a pop-up store at a nearby pub instead. The band also called out the venue’s practice of taking a cut of 25 percent plus VAT on each sale.

The Big Moon also thanked the London band Dry Cleaning for “opening this up as a possibility.” Dry Cleaning took an identical approach for the sale of merchandise at their own Kentish Town forum show earlier this year.

The Kentish Town Forum, like many other o2 venues, take 25% plus VAT on every sale we make – this is basically all of our profit on merch. This leaves us with the choice of either not making any profit, or increasing prices and charging you guys more – neither feels fair. pic.twitter.com/jKfwQGCSdd

Speaking to About the practice of venues taking money from sales of t-shirts and albums made on-site, Burgess said: “It’s something that’s been around for years – but when we spoke up to our manager and label, they’d just say ‘That’s the way it is’.

“Often at Charlatans gigs, our fans smash the record for the bar take at a venue,” Burgess continued. “When I first tweeted about merch commission, Warren Ellis from The Bad Seeds replied that we could maybe ask the venues for a percentage of the bar take. It’s no more unreasonable than them taxing the merch.”

FAC CEO David Martin told that over 400 venues were now signed up to their directory and added that “the discussion regarding punitive fees on merchandise sales is now very much a public one, with fans increasingly voicing their displeasure at such practices. The FAC will continue to advocate for a fairer approach and a more equitable system that allows artists to develop and grow.” Find out more about the directory here.