HomeSPORTSUFC'It would be a good fight' - Jennifer Maia calls out Alexa...
SPORTSUFC
November 23, 2022 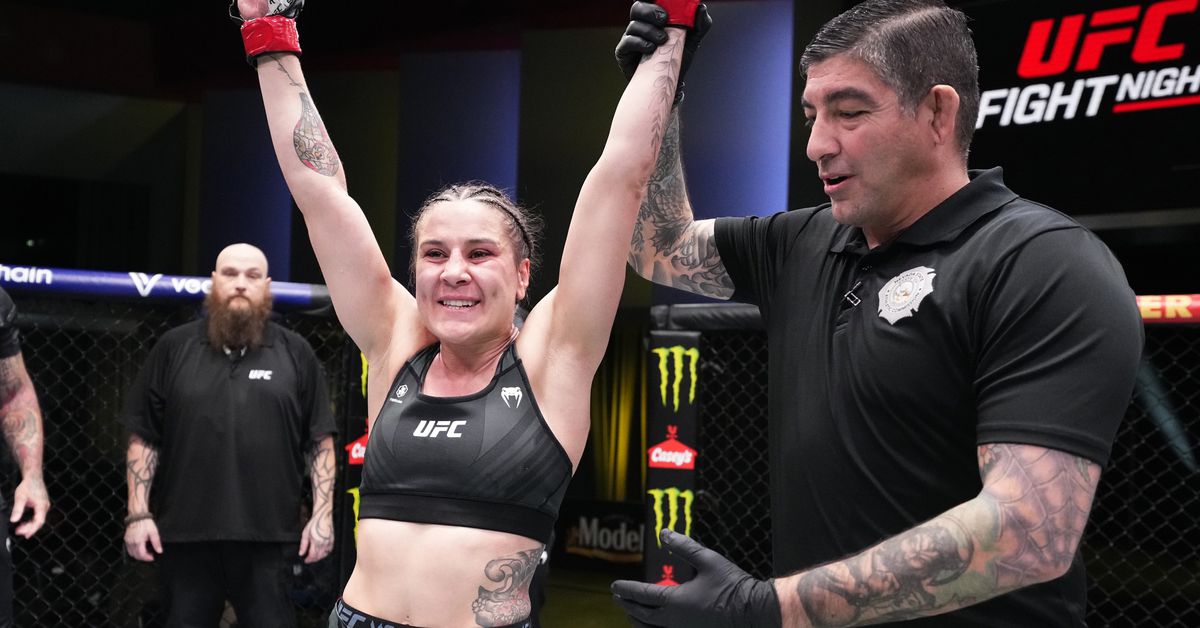 
Women’s flyweight contender Jennifer Maia is ready to put together a new winning streak. Following her unanimous decision victory over Maryna Moroz at UFC Vegas 65, the Brazilian wants to make another run up towards the top of the division.

In fact, it seems the former Invicta champion even knows who she wants to face. In a conversation with Ag Fight, Jennifer named Alexa Grasso as a potential matchup for her next outing. The way the Brazilian puts it, a match between herself and the Mexican could benefit both athletes.

“It’s a load off my back. I really needed that win. I’m really glad I’m coming back home with that win, so I can have some momentum in my next fights. I thought Moroz would try to grapple me more, so I was surprised to see her trying to strike. She trusted her striking. That was good for me, because I was able to fight where I like. Not that I don’t like the mat, I’m pretty confident there, too, but that’s what surprised me,”

“Someone who is above me (as my next opponent),” Maia said. “I think Alexa Grasso could be interesting. She has also talked about this a while ago, but it ended up not happening. I would be an interesting fight. It would be a good fight for me and for her.”

Before the win over Moroz, Maia (20-9-1) was on a two-fight losing skid, with unanimous decision defeats to Manon Fiorot and Katlyn Chookagian, respectively in March and January of 2022. Prior to the defeats, the 34- year-old scored a unanimous decision win over Jessica Eye, in July 2021.