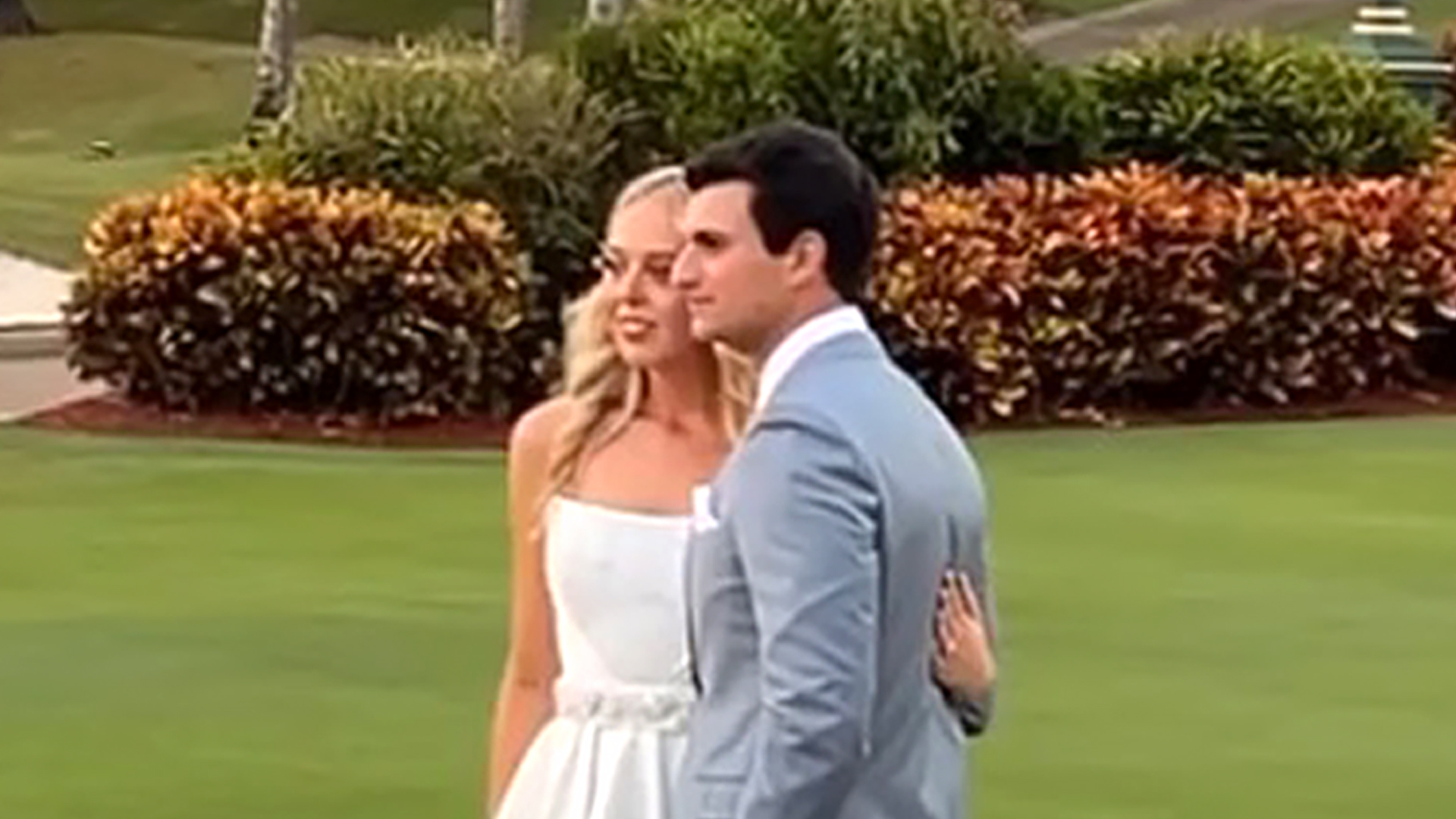 
SINCE Donald Trump departed the White House in January, his sprawling 20-acre, 128-room Mar-a-Lago estate in South Florida has become his primary base of operations.

But as he mulls over a run for president in 2024, his youngest daughter Tiffany has taken over the Palm Beach resort to get hitched.

The US Sun exclusively revealed how the 29-year-old and her billionaire fiancé Michael Boulos have opted for an intimate affair.

The couple hand-picked less than 300 attendees in the hopes of keeping the focus on them during their special day.

We revealed that Tiffany’s lavish bridal shower followed the same suit – with just 20 close family and friends invited to celebrate the bride.

A host of high-profile guests have headed to the historical Mar-a-Lago resort for the wedding this weekend. 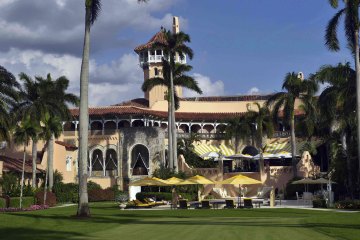 Over the last six months, Trump has hosted a bevy of GOP banquets and balls at the residence.

Mar-a-Lago, which translates from Spanish to mean “sea to lake”, was originally built between 1924 and 1927 for cereal heiress Marjorie Merriweather Post.

Its lavish design draws influence from Florence and Venice and boasts gold-plated ceilings and walls and a panoramic view of the ocean.

With her life nearing an end, and fearful the home would be demolished after her death, Post donated the home to the US government in 1972 hoping the property would be used as the “Winter Whitehouse.”

The federal government was initially lukewarm about the proposal but accepted the gift after Post agreed to cover the maintenance costs. She died the following year.

After her death, the government found out the extent of the extortionate upkeep costs – $1 million annually. They then returned the gift to the Post Foundation in 1980.

The family later listed the estate on the market for $20 million but suitors proved hard to come by and permission was sought to raze it to the ground.

Then, in 1985, Trump was said to be riding in the back of a taxi in Palm Beach, searching for suitable properties when his driver informed him about the Mar-a-Lago resort.

Within days, Trump tracked down the place, its origin, and its owners, later recalling: “I knew it had to be mine.”

He first launched a bid of $15 million that was quickly rebuffed by the Post family.

No stranger to the art of the deal, Trump instead purchased the beach at the front of the property for $2 million and threatened to build on it unless the Posts agreed to sell him the estate at a heavily discounted price.

Trump’s strong-arming had the desired effect, with the family agreeing to sell the estate and all of its antique contents for just $8 million – a fraction of what it cost to build and what it’s estimated to be worth now.

According to a 2018 Forbes report, Trump’s Mar-a-Lago is believed to be worth at least $160 million.

True to Trump style, after securing the keys to the property, a number of renovations were made to the building including a 20,000 square foot ballroom that was coated with $7 million worth of gold leaf.

Golden sinks were also installed in the ballroom’s bathrooms.

Then, in 1989, famed portrait painter Ralph Wolfe Cowan painted a portrait of Trump that came to be titled “The Visionary”.

Rather than depicted in one of his famous suits, Wolfe decided to give Trump “more of a Florida look”, portraying him in tennis whites.

Trump’s butler, Anthony Senecal, told the New York Times in 2016 how Mar-a-Lago’s library was also paneled with “centuries-old British oak and filled with rare first-edition books that no one in the family ever read.”

But the Trump family empire came into financial difficulties in the early 1990s, with several of his companies, including Trump’s airline and casino, going bankrupt.

To stave off the debt collectors, Trump sold off his casinos, a yacht, an airline, and the Plaza Hotel. Mar-a-Lago, with its crippling annual upkeep costs, seemed destined to be heading the same way.

Then came an idea. Trump announced plans to transform the home into a private members club and promised to carry out sensitive restoration work at the property.

Local officials approved the plans. The restoration work also allowed Trump to claim a huge tax break in the form of a conservation easement – helping him to weather the storm of his own financial turbulence.

The club opened in April 1995 and has since turned Mar-a-Lago from a money-pit into a money-making juggernaut.

Trump, unlike other Palm Beach clubs at the time, also welcomed Jewish, African-American, and openly gay members to Mar-a-Lago when it first opened.

Throughout his four years in office, Trump regularly visited Mar-a-Lago, whether it be to play a round of golf or host dinners for foreign dignitaries, such as Chinese President Xi Jinping.

In total, he spent 141 days at Mar-a-Lago during his one presidential term.

Such frequent visits are estimated to have cost US taxpayers up to $1 million per day, and led to then-White House Press Secretary Sean Spicer referring to the property for the first time as the “Winter Whitehouse.”

His presence also caused a nightmare for the nearby Palm Beach International Airport, because when he was in town, the club, situated directly beneath a flight path, was considered a no-flying zone – grounding dozens of planes.

After losing the 2020 election, Trump left the White House for Mar-a-Lago on the morning of his successor’s inauguration, where he has remained for the most part since, leaving briefly for Bedminster, New Jersey during Florida’s hurricane season.

The move angered some locals who penned a letter to the town council in December 2020, requesting that a 1993 agreement prohibiting any club member – including Trump – from staying at the property for more than three weeks a year be duly enforced. The measure, however, was rejected.

In his forthcoming book, Landslide: The Final Days of the Trump Presidency, journalist Michael Wolff claims Trump and wife Melania are gawked at “like zoo animals” while they dine out on the resort’s patio.

Guests liked many members of the GOP, reportedly fawn over Trump as he walks the halls, seeking his favor.

They reportedly “rise from their seats to applaud the arrival of the former first couple to the dining area” each evening, according to Wolff.

Numerous reports say the atmosphere at the club has soured a little since Trump’s election loss and the tumultuous end to his presidency, which culminated with a historic second impeachment trial.

In the meantime, he is said to be shopping around for more property in South Florida.

The majority of the Trump clan have also followed his lead in relocating to Florida from DC, with Eric Trump, Ivanka, and Don. Jr all recently snapping up lavish properties nearby.