Inside an abandoned castle once owned by Titanic victims 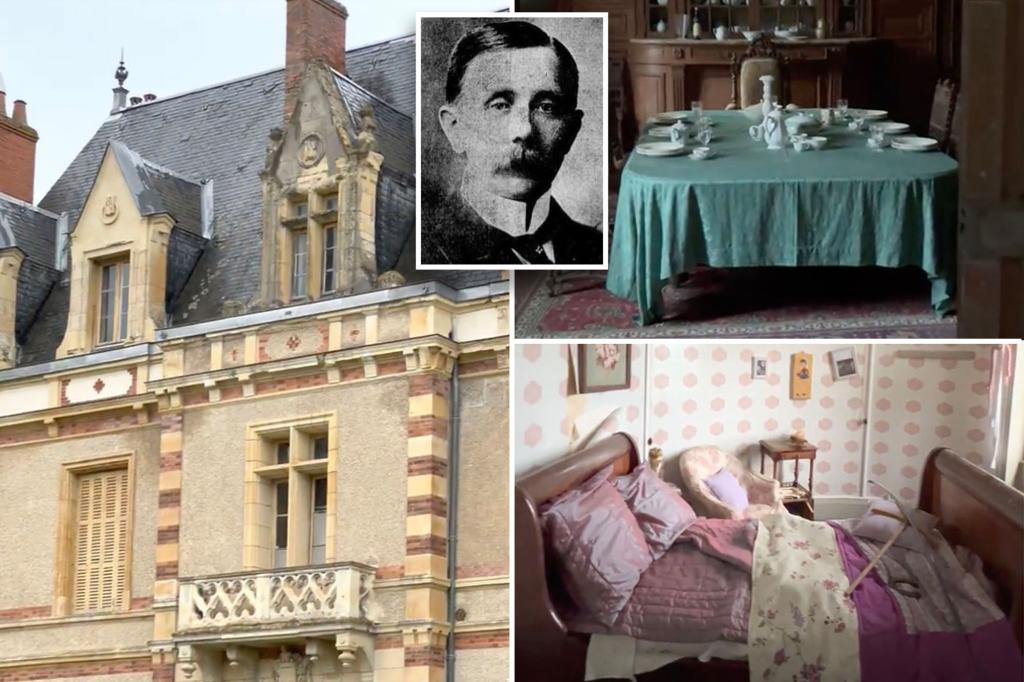 
Ramy Awad, an urban explorer living in New York City, set out to central France to document an abandoned 19th-century castle, once home to victims of the Titanic disaster.

The result? A TikTok video that has already garnered more than 10.2 million views in which Awad gives viewers a tour inside the castle, which features fully furnished rooms with vintage rugs and furniture, wooden panels, built-in bookshelves and bed covers.

Located in an undisclosed location in Nievre, in the region of Bourgogne-Franche-Comté, Awad said he has come to learn about its history from other urban explorers, known as the “urbax” community.

“This location was always on the top of my list,” Awad, 32, told The Post. “I was instantly in love with the rich history of the castle. I have been exploring abandoned places for eight years now and this was by far my favorite explore.”

“While exploring I felt a rush of emotions knowing the rich history of this castle and seeing it in such an abandoned state,” he added.

Built in 1868, Norwegian businessman Engelhart Cornelius Østby saw interest in the renaissance-revival style period estate and purchased it in 1898.

Østby was a first-class passenger on the Titanic ship, and was accompanied by his daughter, Helene, when he died in the sinking on April 15, 1912. Helene survived by boarding one of the lifeboats.

He had lived in the castle with his wife, Lizzy, and their five children until the late 1900s. Østby’s wife died in 1899, at the age of 45 — 13 years before the Titanic sank near Newfoundland in Canada.

Before Østby’s death, he was a successful jeweler in Oslo. In 1866, while studying to become a jeweler, his parents and one of his brothers emigrated to America. Three years later, in 1869, he followed them and traveled via New York to Providence, Rhode Island.

The castle has been “totally abandoned” for nearly a decade, since 2003, according to Awad, who claims the estate was last owned by an Indonesian family who neglected the property and stopped paying taxes.

“They own or have owned other properties in other countries such as Switzerland and Holland, which ended up being resold to recover their debts,” he said.

Awad explained that they are careful with releasing the location since the home has since been vandalized.

“There is already graffiti which really broke my heart seeing,” he said. “In 2020 a team was created to preserve the castle because there has been vandalism and things stolen, graffiti on the staircase. The grand piano was also damaged.”

Surveillance has since been placed throughout the home and there is a caretaker that does maintenance around the property, according to Awad, who saw a man trimming trees when he visited.

“Once you step in and go inside the home, there is a grand piano. On the piano, there are albums, paperwork, and stuff like that. It was written in French, but we were able to translate it on Google, and it tells you the history of the castle,” Awad said.

“And it is telling people to please respect the castle and telling people not to remove the grand piano. There were some pictures on top of the piano as well.”