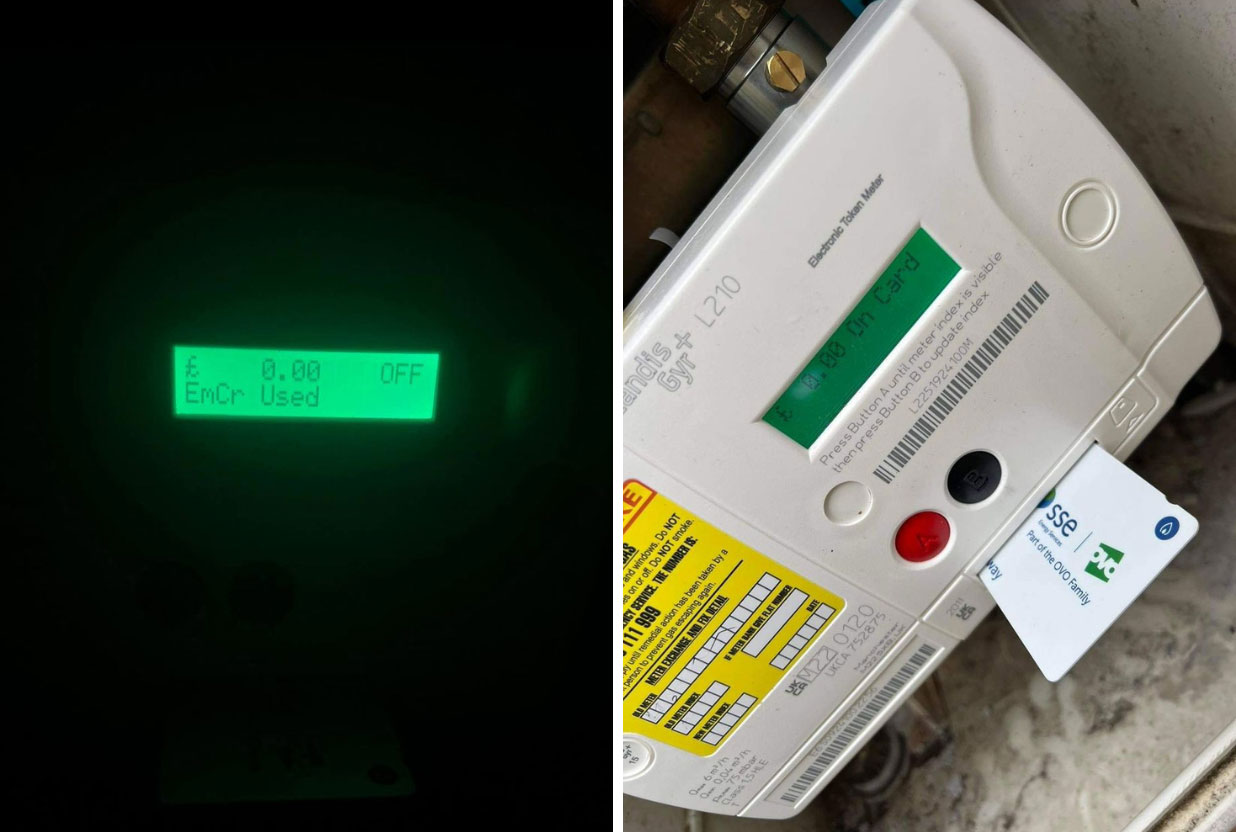 
A PREGNANT mum is having to wash her son with baby wipes because she can’t afford to bath him.

Jess, who is five months pregnant, said she has been left without gas for nine days after her provider switched it off without warning.

The soon-to-be mum-of-two discovered she was thousands of pounds in debt with energy company OVO after they canceled her direct debit.

She claims she has since been left unable to heat her home and cook hot meals for her three-year-old son.

“It cut off my hot water, so my child is unable to take a bath.

“It’s cut off my heating, leaving us in a cold house, and it’s also cut off my gas cooker, meaning I’m unable to cook hot food.”

Currently on maternity leave, the single mum said she was asked to pay the lump sum outright – which she cannot afford.

Jess, 20, from Hull, tried calling her energy company 45 times to sort out the problem.

Thinking the issue was resolved, a prepayment meter was installed.

However she claims large chunks were taken every time she tried to put money on it.

And when the same thing happened the day after she had no choice but to call OVO Energy back.

She claims customer service said they would move her debt to the back screen – which is a method companies use when trying to help people repay any debt.

So in a last attempt to get heat for her and her kids, she put her remaining £36 on the meter and was only left with £10 on there.

According to Jess, the customer service team said they would then put £95 of credit on her meter and is something she could activate at her local shop.

After waiting hours, she claims the credit was never added and still had no gas.

The desperate mum repeated the cycle four times before being promised an engineer would visit.

Jess said:[My son] likes to have a bath on a night time and go to bed, but he’s been having to get washed down with baby wipes and get in my bed so it’s not too cold for him.”

An engineer was eventually sent to Jess’s property where he wiped the debt and gave her £20 in emergency credit as part of a support package.

A spokesperson for the energy company said: “We’re sorry to [Jess] and have provided advice on next steps and offered support via our Customer Support Package.”