HomeSTATESI'm being kept alive by my daughter's hugs as we can't afford...
STATES
November 23, 2022 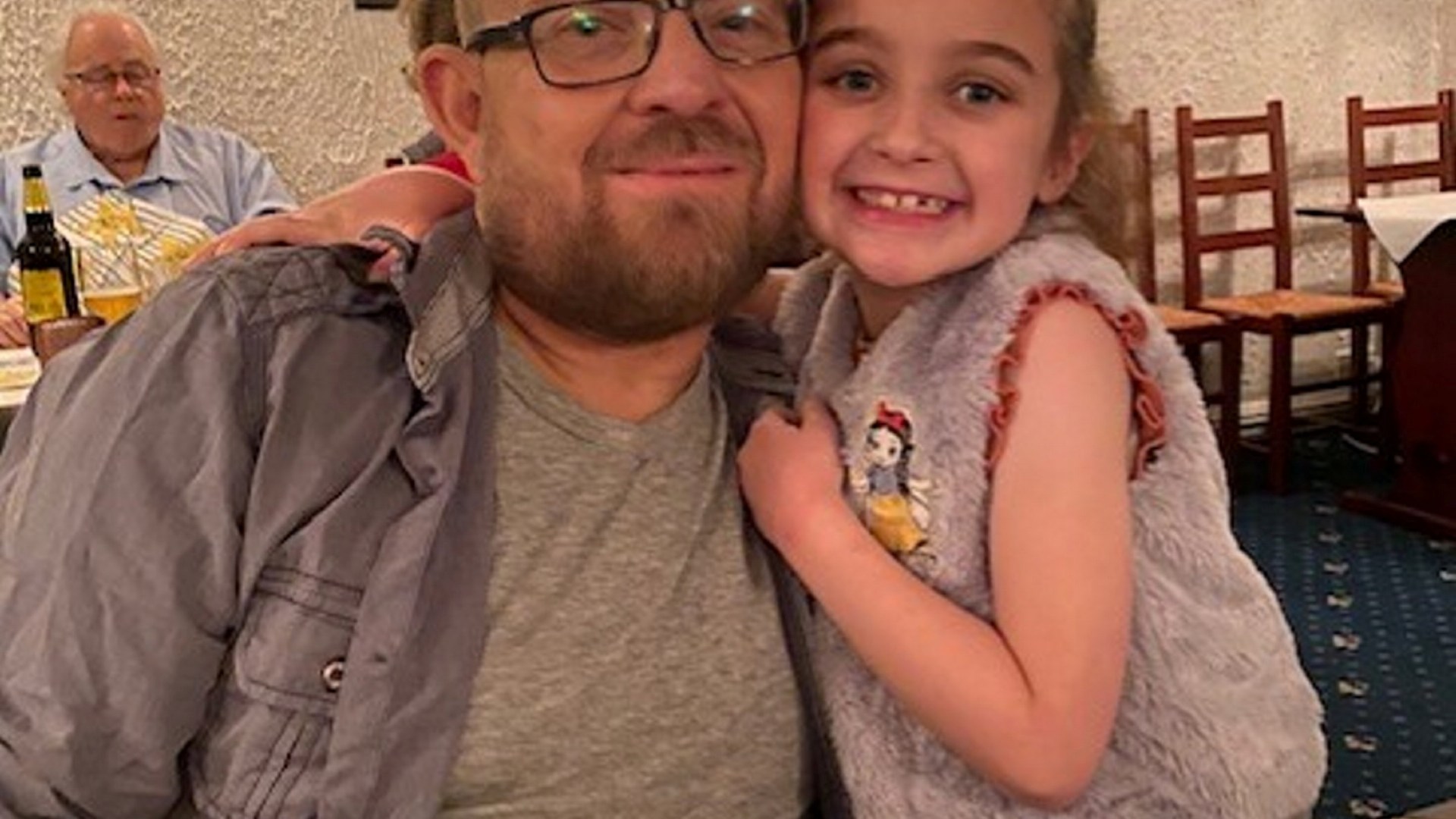 
A DAD living in a freezing cold home that he can’t afford to heat says he’s being kept alive by his daughter’s cuddles.

Ian Copete, 41, is relying on hot drinks and hugs from Lyra, nine, after his family home’s energy bills went from £150 per month to £400.

They say it has left them with no choice but to leave the heating off until December in their small two bed flat – and sometimes use heat from the oven when it’s on.

The primary school teacher from High Wycombe has suffered from chronic renal disease since he was born – causing him to have had four kidney transplants in his life.

Due to NHS cost cutting measures, he can only do dialysis for the minimum-required 12 hours in hospital each week, rather than the 20 hours per week he needs to stay healthy enough to work.

As a result he has to choose between dialyzing at home at huge expense to stay healthy enough to work, or not working.

Ian’s wife Heather, 41, and daughter Lyra therefore had to be on hand to cover him in blankets and give him hugs – and get him hot drinks to keep him warm.

Worse still, the energy price cap has barely affected him as the cap is based on average energy use per month, leaving the family massively out of pocket even with government welfare support.

Ian said: “It’s terrible but I almost feel lucky to have had the condition all my life, because it has meant I can push through and I’m used to how I feel – where other patients may experience such shock at the symptoms and most cannot work.

“I try to do up to 20 hours of dialysis a week because obviously the more you do, the better you feel and the healthier you are.

“Normal kidneys work all the time, but mine are totally inactive, so in effect the only time I have any renal function is while I’m on the dialysis machine.”

He says his wife comes up with heat saving ideas and big thick curtains help to conserve heat.

The family leave the oven open after using it to get extra heat, and they will use the dryer to heat their house and dry clothes at once.

Ian says: “It’s better than nothing, and we have a lot of blankets. We should be able to have the heating on – but we’re determined to try and see it through to December because we can’t afford it.

“My daughter Lyra will come and bring me blankets, she’ll make me a hot drink, give me a cuddle, she’s been amazing.

”But she shouldn’t have to – we should be able to afford to turn on the heating.

“She’s an incredible little girl, and she deserves the attention and getting to see the Christmas lights and me being at home.

“We just want to give her as much of a life as we can because she earns it on a daily basis.” Heather says she feels helpless watching him shiver under a blanket.

His wife said she’s proud to see her daughter spring into action to help her father.

She said: “Lyra is so good with him, she wraps him up in a blanket and she cuddles him to keep him warm.

”We just pull together as a team because it’s the only way we can get through these difficult times.” Ian says that cost saving measures and demand from patients in NHS hospitals for dialysis has meant that patients are experiencing a ‘shadow tax’ on their health by paying the energy bills needed to stay healthy and work.

Ian said: “We’ve had to adjust what we spend money on. I do work full time which helps, as many other patients in my position cannot work.

“My wife has to start Christmas shopping in January after the following Christmas so we have stuff to get her – we have to think that far in advance.

“The issue a lot of people who have to dialyse are having now is that they have the fear of doing it themselves at home, combined now with the cost, which means that a lot now only want to do it in hospital.”

He says he doesn’t mind going to hospital, but hates being away from home and daughter.

He says: “I’ve missed two of her birthdays and a new year because I’ve been in hospital before, which is terrible because there is nothing I can do about it, so when I can be at home I want to be at home.

“The announcement from the government the other day to increase the aid we get in line with inflation doesn’t affect us until April, so that doesn’t really help us out as we’ll be through winter already.”