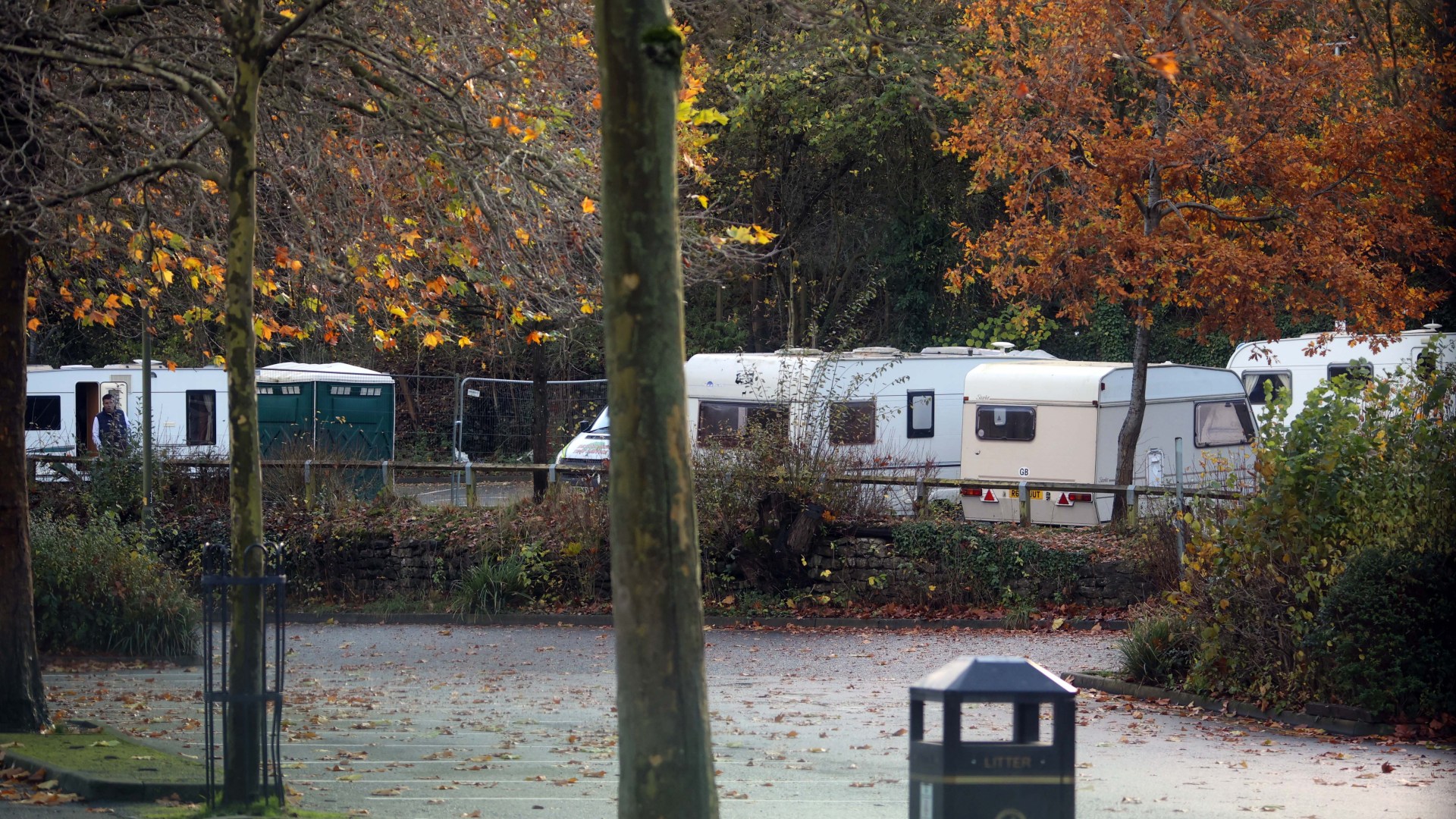 
A TRAVELER mum says she has no idea where she and her son will live next.

The pair are being turfed out of the car park they call home by the council over fears they’ll put tourists off visiting.

The parent, who has lived in a caravan all her life, said she appreciates the local authority is trying to find her a new base but thinks officers and locals struggle to understand their way of life.

The mum, who looks after her 34-year-old son with learning difficulties, said: “Most people wouldn’t survive for a week living as we do but it’s what we are used to.

“The council is doing what it can but we just want somewhere we can settle. It’s been going on for so long now.

“We’ve been told we can be here until the end of January and, after that, it’s wherever.”

The mother and son live in the car park by Matlock Bath train station in Derbyshire.

Another family, who live one mile up the road in the car park at Matlock’s main railway station, are facing a similar predicament and must also be gone by the new year.

Pearl Margaret, in her 50s, said: “We are a family of seven and we just want a proper base.

“This has been going on my whole life long.”

The two temporary sites are basic and, although the council has put in toilet facilities, there is no electricity or water at either.

Both families ended up living at their respective sites after declaring themselves homeless in 2008 and the Derbyshire Dales District Council accepted responsibility to house them.

But since then, every permanent site that has been put forward has fallen through, either after pressure from the community or due to their unsuitability for human habitation.

Now, after settling in the two picturesque Peak District car parks, both groups have been given until the end of January to be out.

Siobhan Spencer MBE, who lives locally and knows both families through her work with the Derbyshire Gypsy Liaison Group, said: “We have been trying to find a solution for these families for 14 years.

“They are very traditional families who have lived in the local area all their lives but need somewhere to settle.

“Pearl’s family contains two very old ladies, who are now in their 80s, and the family at Matlock Bath have a grown-up son who has special needs.

“Life is tough, especially when they have no water or electricity and the cost of a Calor gas cylinder is approaching £100.

“There is no government help for them with their energy costs.”

Most people wouldn’t survive for a week living as we do but it’s what we are used to.

Sources close to the council admit the search for a permanent site has been going on since the early 1980s.

Their best hope, a former landfill site in nearby Tansley, was recently ruled out over health concerns – and because it is 800ft above sea level and impassable in winter snow.

And in July, councilors failed to back any of the 133 other temporary sites put forward by officers.

Now, they are said to be worried about the impact the families could be having on tourists in the area.

Matlock attracts more than 100,000 visitors every year but the car parks for both its train stations are partially occupied by travelers.

The Matlock Bath site is particularly sensitive as it serves the iconic Heights of Abraham cable car and Gulliver’s Kingdom theme park, making it a sightseer honeypot in the spring and summer.

The council is said to be panicking at the thought of day-trippers eager to spend money in the town’s twee shops being unable to find parking.

The Gypsy and Traveler Site Working Group, set up by the council, said its main challenge was identifying the “least worst” options.

Only two were deemed suitable without further investigation – the two train stations.

Mrs Spencer said: “It is a great frustration that this has not been resolved.

“I thought I’d found a perfect spot in Ashbourne near the council depot; we had outline planning permission but then the County Council changed hands and it was all stopped.

“An elderly farmer, who was sympathetic to the families’ needs, offered some land but he and his family came under pressure from other locals and it wasn’t fair on him. We had to scotch that idea too.

“The problem is that all the old stopping places have gone and at any one time there are 2,000 more caravans than there are authorized plots.

“We are dealing with very vulnerable people here but they have a cultural aversion to bricks and mortar and going into a house plays havoc with their mental health.

“These families don’t cause any problem to the local community but the disabled son can be noisy because even though he is grown up he is like a toddler.”

A spokesperson for Derbyshire Dales District Council said: “We have put out an appeal to local landowners who might be able to house them or sell off some land.

“We have a homeless duty to these particular families. The car park at Matlock station has been a temporarily tolerated site for many years.

“The other car park is temporary as it is a tourist destination and will be reactivating in February ahead of spring.”

Records show the council spent £10,500 on portable toilet facilities for traveler sites this year, and £3,239 on other expenses such as fencing.

In the past three years, more than £9,150 has been spent on hiring enforcement officers associated with evictions from unauthorized encampments in the Dales.