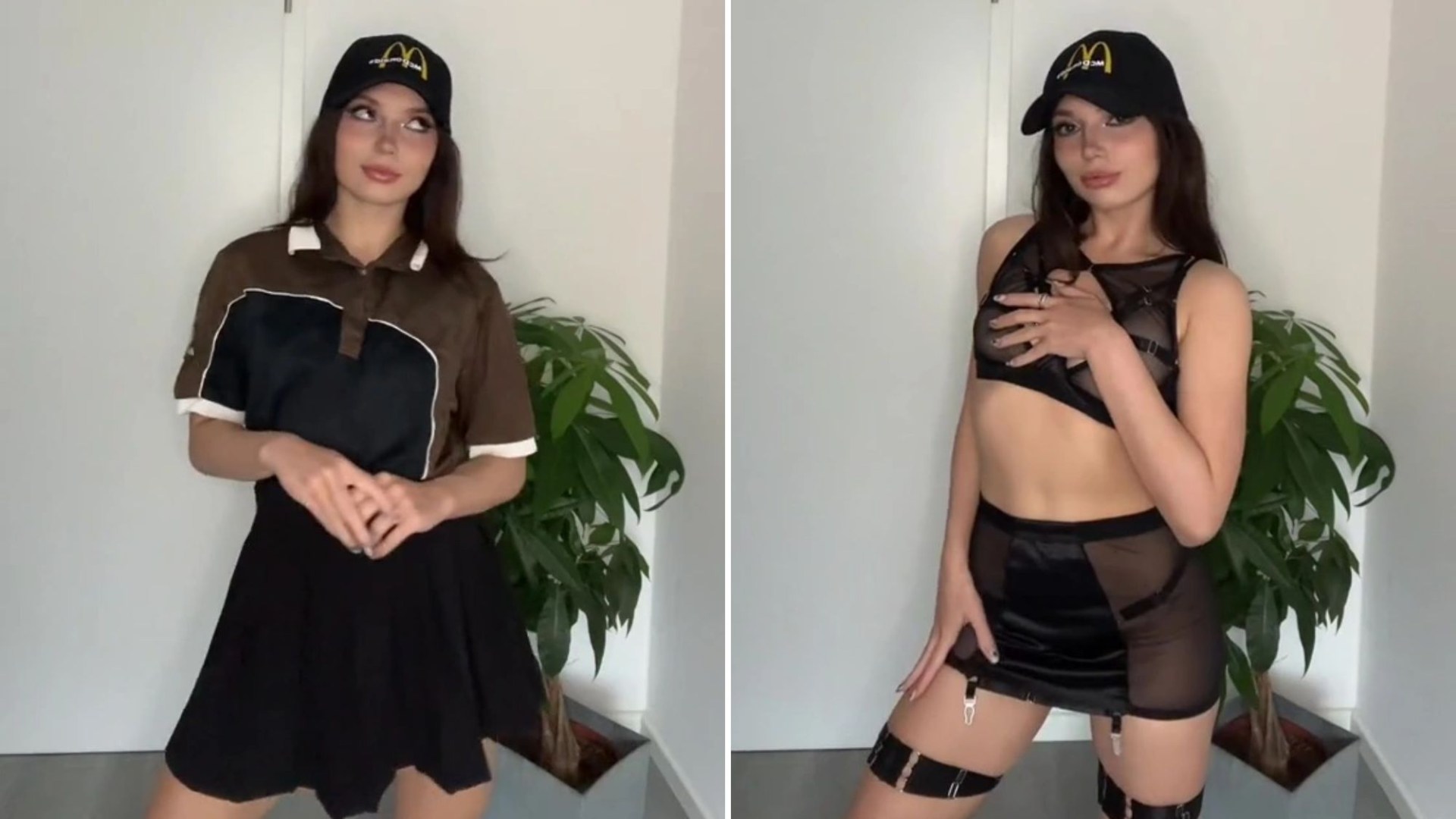 
A McDonald’s worker has posted videos of herself in a range of stunning outfits, but fans say she still looks glam in her work uniform.

Kayla Weaver, 19, regularly shares her cheeky videos with her more than 40,000 followers on TikTok, and claims she doesn’t “look like a typical McDonald’s employee”.

In one video, she teases fans by saying: “I heard I go from 5 to 10 in my afternoon outfit.”

The clip shows her wearing a plain dress, before cutting to her in a raunchier skintight outfit.

“Definitely a 10.5 babe, fabulous,” added another.

A second video is captioned: “Warning: I don’t look like a typical McDonald’s employee.”

It shows her wearing her work uniform with a black and brown top, accompanied by a baseball cap with the distinctive golden arches, and a black skirt.

A third flirtatious clip cuts from her wearing her work uniform to a racy black lingerie number.

And yet another posts teases her followers with a shot of her discarded uniform on the floor, and the words: “I heard u always wanted to see… a McDonald’s employee in [a] bikini.”

She then cuts to a brief shot of herself wearing a skimpy black swimming costume, to the delight of her fans.

“I need to go to that McDonald’s… wow,” one wrote.

While a fellow worker at the fast food giant joked in the comments: “So which McDonald’s do I gotta transfer to?”

Since starting on TikTok in September, Kayla has already racked up more than 200,000 likes on the viral platform.

She claims to be a Ukrainian refugee, and although it is not clear where she is working at the moment, she says she is in the United States.

In one video she jokes: “When you go to America and your [sic] an 8 because of your origin but then come back to Ukraine and you are a solid 4.”

Her videos are often short and talk about sex, teasing viewers into scrolling further on her profile or encouraging them to pause clips in order to catch a glimpse of her body.

In one such video, she wears a revealing top while the text on the screen reads: “I’ve never told anyone this before, but… I’m addicted to older men.”

Whatever her origins, ‘Kayla’ appears to have found a captive audience on TikTok.