I’m 31, live in a retirement home and hang with elderly pals 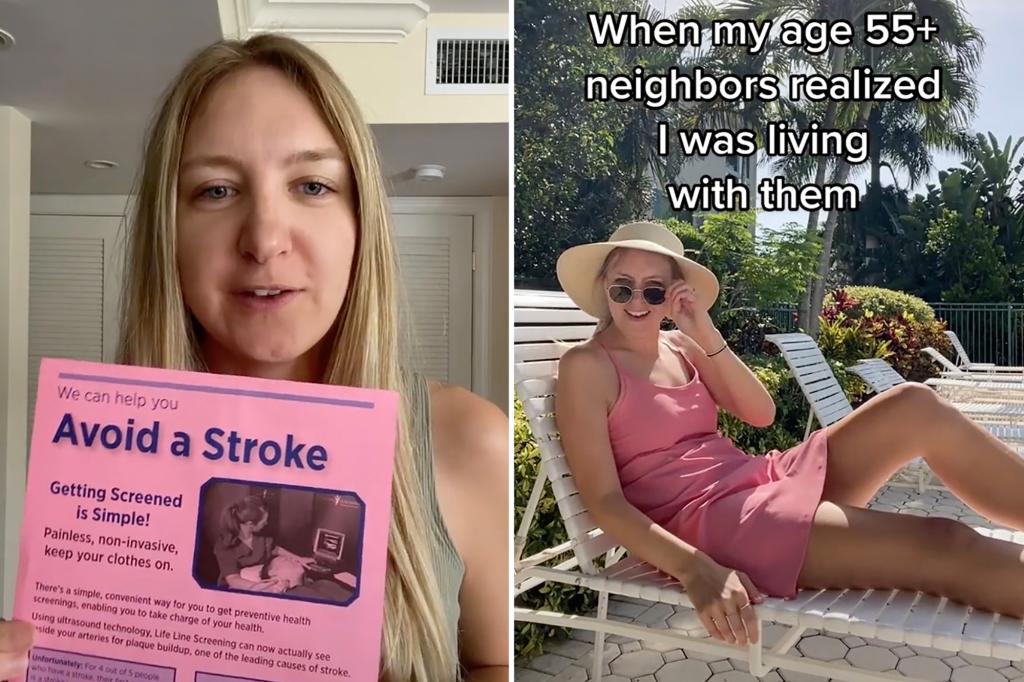 
Living the single life looks a little different for this woman.

Liz White moved to Florida from Philadelphia after breaking up with her boyfriend, finding herself single and living with her parents once again.

But the 31-year-old now resides in a retirement home where she works remotely and enjoys outings with her elderly pals.

“Basically, I am retired in my soul, but not in my bank account that requires me to have a full-time job,” White, who goes by @LizWizdom on TikTok, explained in a clip with more than 13,500 views.

White, upon being newly single, moved in with her parents, who live in a building with residents mostly over the age of 55. After experiencing life as an honorary retiree, she managed to secure an empty unit in the building and live there by herself. .

“Another unit became available for rent in the building, and the rest is history,” she added.

When giving her 36,000 followers a tour of her coveted apartment, she explained the general rules of the apartment complex, including when it’s appropriate to socialize.

Each unit has two front doors: a “regular” one and another made of glass. If the “regular” door is open, it’s an invitation for neighbors to drop in, but if it’s closed, leave them alone.

Other rules include having to park forwards — which White loves because “backing into parking spots is a red-flag personality trait, but that’s just me” — and no food or drink by the pool.

While most rules aren’t too outlandish, some building guidelines are a bit of a wet blanket. Specifically, if a resident wants to have an overnight guest, management must be notified.

“No comment on if I’ve ever broken that rule,” she admitted.

Building amenities include views of the water, a heated pool, a gym, a communal garden and even a library — although, some of the books are written in abnormally large font to appeal to their readership.

“A funny thing about some of these books is that they are written in large font for the older eyes to read,” she said. “So if you see me out and about reading a book on the beach, know that it’s probably a large print book.”

She and her neighbors regularly dine together at communal meals — despite the age gap — and even share a nightcap on the beach. Just last month, she traveled to Austria to celebrate a neighbor’s 80th birthday.

But many of the retirees only spend the winter months in Florida, returning to other — probably cooler — places in the summer.

While she says she goes get a little sad to see them leave, the “introvert” in her says it’s “not so bad.”

“The summer is definitely a totally different vibe here,” White dished. “It’s super quiet, the laundry is always open, I can walk around without a bra on — there are only a handful of us in the building.”