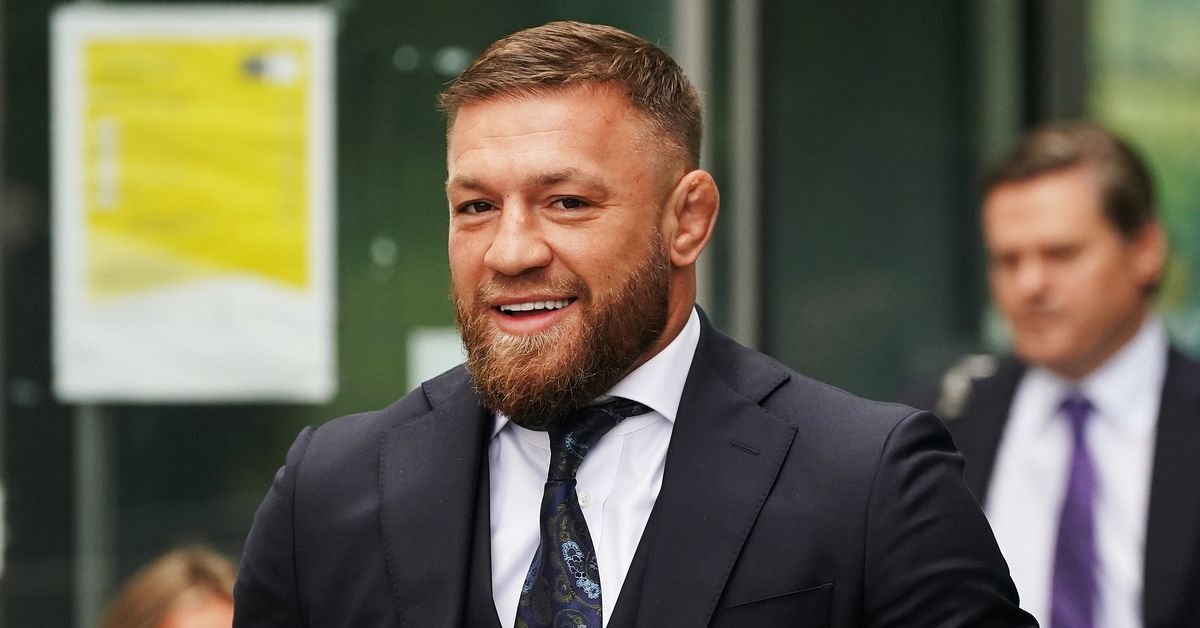 The 22-6 star, fresh off of bragging about his bit-part in the Jake Gyllenhaal fronted Road House reboot, decided to hint to MMA fans that he would be trading the cage for Hollywood for good.

“Mma, I’ll never forget you! Easy work,” wrote the Irishman. Few took the announcement seriously. McGregor has claimed to have retired on multiple occasions. Many onlookers also noted that ‘easy work’ was an odd statement, given that McGregor has found it difficult to get in the win column over the last few years — going 1-4 in MMA and boxing since his 2016 win over Eddie Alvarez.

To the surprise of very few people, McGregor then announced that he was not actually leaving the sport of MMA. In a move seemingly designed to utilize some old photos with actor Arnold Schwarzenegger, McGregor announced “I’ll be back!”

I’ll be back!
For the sake of humanity!
I must return! ♂️
Happy birthday my man, @Schwarzenegger! Hope you and H are proud of my recovery / work and my latest move on the board.
Fun times ahead, bring it ❤️ pic.twitter.com/v7z2Fppn9K

“I must return,” continued McGregor, accompanied by the photos that show him in a cast as a result of his TKO loss to Dustin Poirier at UFC 264 in July, 2021.

McGregor has been out of action since that fight. Although, it seems likely that the fully recovered McGregor may be returning to the cage later this year.

However, many of the opponents he was rumored to be facing in his return fight have since taken on other opportunities.

Michael Chandler has been booked to face Poirier. Nate Diaz seems destined to leave the UFC after fulfilling his contractual obligation to face Khamzat Chimaev. And Charles Oliveira has accepted a fight with Islam Makhachev for the vacant UFC lightweight belt.

The other fighters who have made noise about a potential date with Notorious are Tony Ferguson and Jose Masvidal.

McGregor’s leg-breaking loss to Poirier last time out came on the heels of a separate TKO defeat to The Diamond. Those twin losses happened a year after a win over Donald Cerrone.

Prior to the Cerrone-win, McGregor’s last UFC appearance was his 2018 submission loss to Khabib Nurmagomedov.