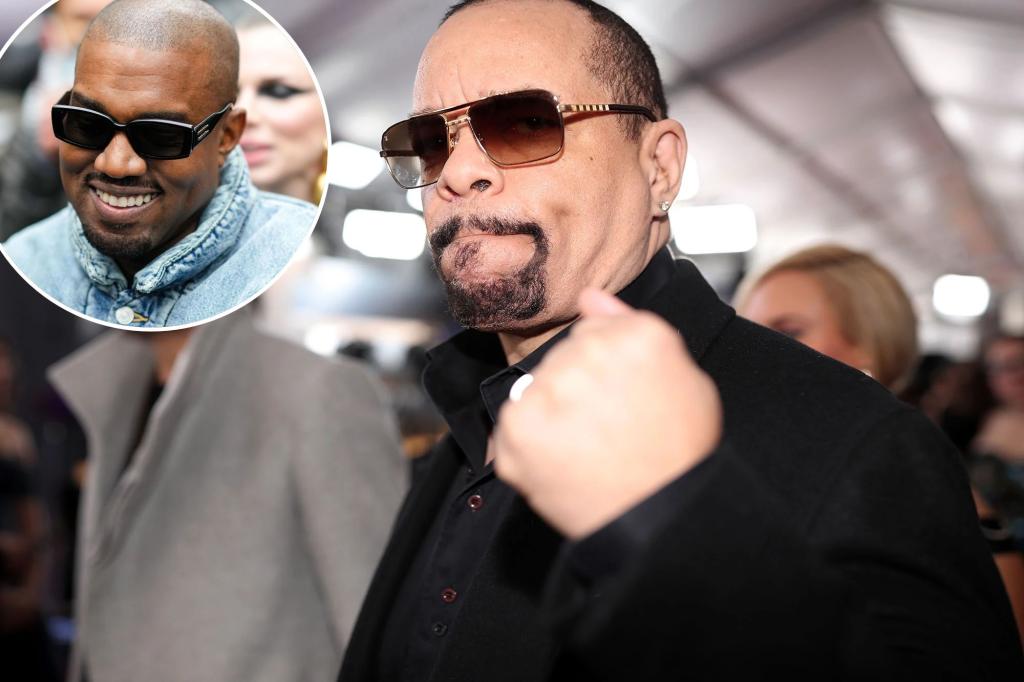 West, 45, this week made a dramatic return to Twitter after being kicked off the platform over a slew of anti-Semitic remarks.

When asked if he has anything to say on the matter, the 64-year-old said he won’t be commenting on West’s behavior.

“I don’t really have any opinion, and I don’t want to be somebody trying to slander somebody. That’s not fly,” the “6 ‘n the Mornin’” hitmaker told AllHipHop.

“Right now, people just want to come out and say s–t. I mean, whatever my view, I like to keep that in private.”

“It’s not gangster to come out and talk about somebody like that,” he added.

Ice-T, whose real name is Tracy Marrow, noted that while everyone has a right to free speech, people should accept that it may come with consequences.

“So, when you say something, you have to be prepared for the ramifications of what you say, and apparently he is,” he added.

West’s return to the social media platform this week was marked with a tweet to his 32.2 million followers, which read, “Testing Testing Seeing if my Twitter is unblocked.”

The controversial rapper, who legally changed his name to Ye, saw his account get restricted after he posted about going “death con 3 On JEWISH PEOPLE” in early October.

The temporary suspension of the “Yeezus” artist was the least of his concerns over the last couple of months. Multiple businesses and institutions cut ties with West, including Balenciaga, Vogue, and Adidas, which had a ten-year relationship with him.

Twitter boss Elon Musk, who bought the company for $44 billion, said last month that the rapper’s account was restored before the acquisition and he was not consulted beforehand.