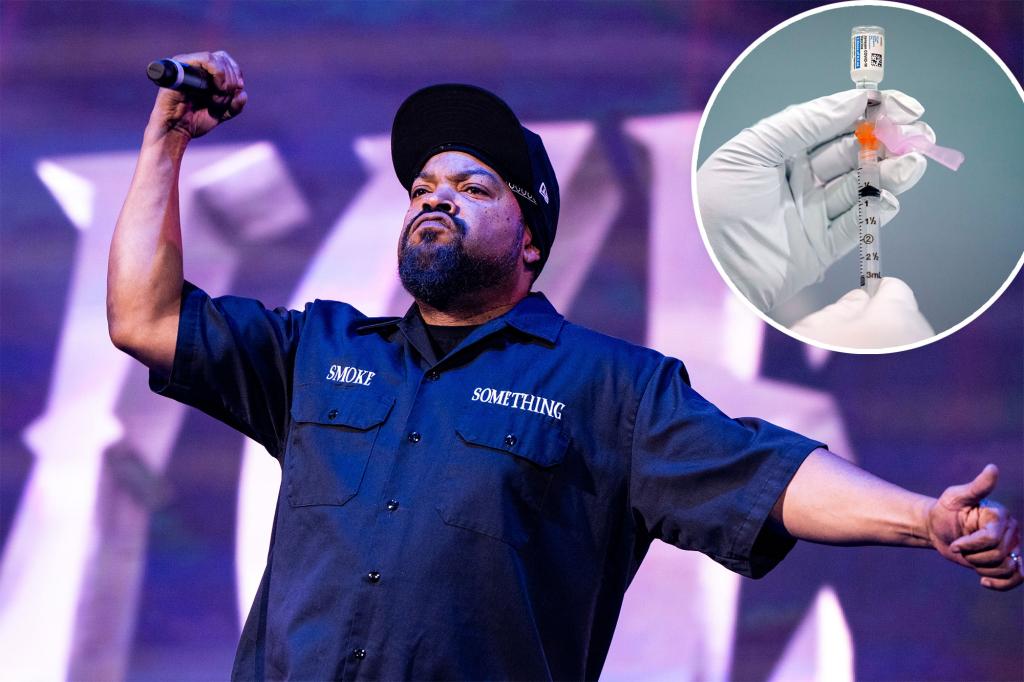 The actor and rapper appeared on the “Million Dollaz Worth of Game” podcast recently to express his fury over losing a $9 million deal after refusing to comply with COVID-19 regulations.

Last year, it was reported that Cube left the cast of Sony’s “Oh Hell No” after refusing the COVID-19 vaccine shot.

However, he further claimed that he did not actually turn down the part but was allegedly denied the role.

Cube was slated to co-star alongside Jack Black on the project, which was announced in June 2021. Black was set to play Sherman, a man who falls for the mother of his best friend Will (Cube), leading to comedic rifts.

Director Kitao Sakurai planned to shoot the movie in Hawaii last year and alerted the cast and crew of a producer-specific mandate requiring that everyone on the project be vaccinated.

“Oh Hell No” was the second production Cube left in recent months, according to the report, although it is unclear the reasons why he exited the boxing flick “Flint Strong,” in which he was also supposed to co-star.