HomeSTATESI told Truss to slow down with plans and she was mad...
STATES
November 11, 2022

I told Truss to slow down with plans and she was mad to sack me, reveals Kwasi 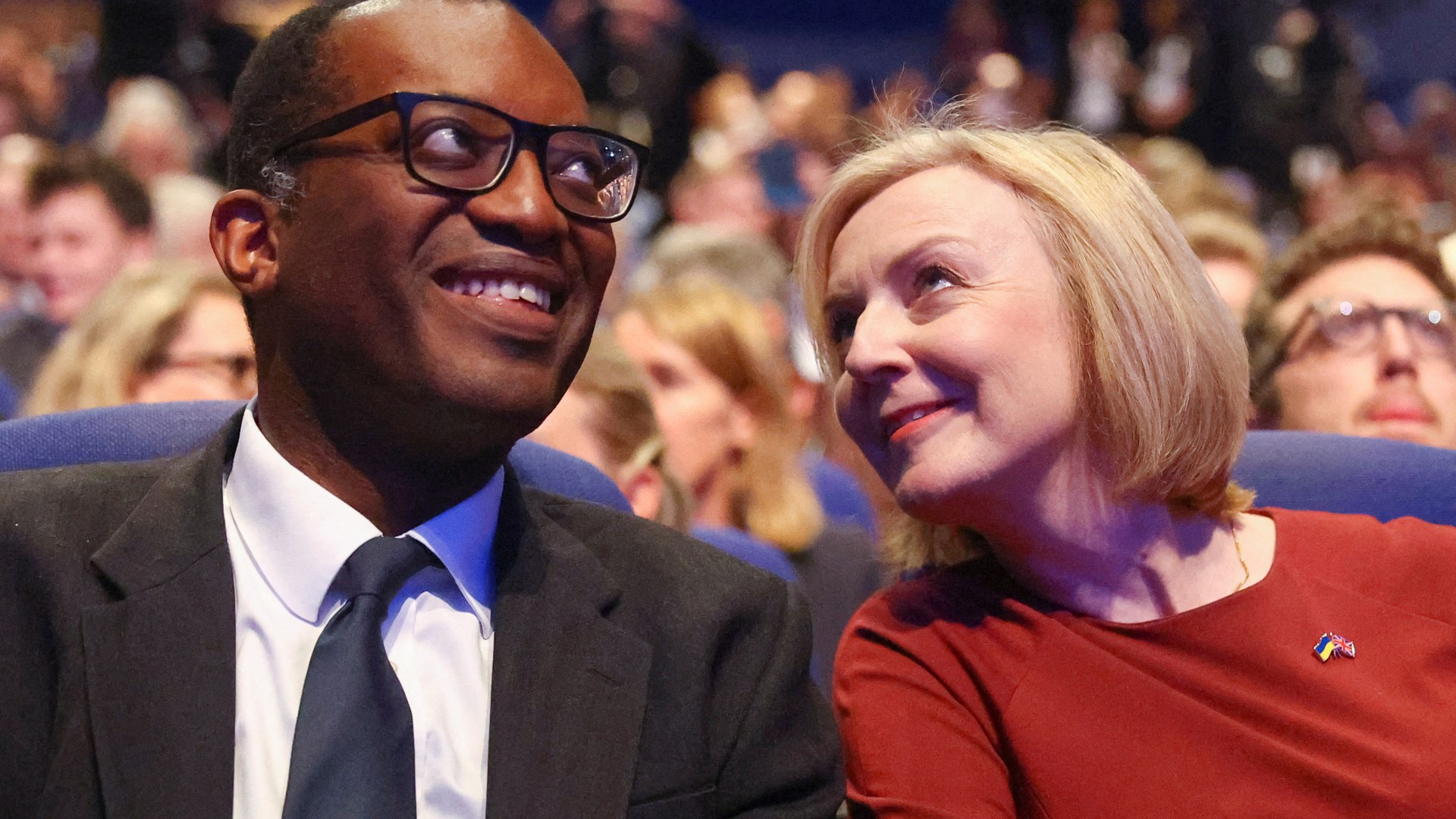 
KWASI Kwarteng claims Liz Truss ignored his warnings to “slow down” their doomed economic plans – and that she was “mad” to sack him.

In his first interview since being fired, the former Chancellor regretted trying to do “too much, too fast” after unleashing a tax-cutting mini-Budget that sent the markets into meltdown.

He admitted on TalkTV last night there had been “no real tactical plan” and they should have adopted “a much more measured approach”.

But Mr Kwarteng insisted he had tried to reign in the ex-PM’s dash for growth yet was overruled.

He told the First Edition programme: “I said actually after the Budget that because we were going very fast – even after the mini budget we were going at breakneck speed – and I said, ‘You know, we should slow down, slow down’ .

“She said, ‘Well, I’ve only got two years’ and I said, ‘You will have two months if you carry on like this’. And that’s I’m afraid that’s what happened”.

In September Ms Truss and Mr Kwarteng announced the largest set of tax cuts for 50 years only for it to be almost entirely junked weeks later following economic chaos.

While refusing to apologise, Mr Kwarteng now accepts “responsibility” and said: “I do feel sorry actually for the people who are going through this difficult time in terms of remortgaging.”

But the former Chancellor claimed he had taken the “fall” for Ms Truss’ own economic vision.

He described discovering on Twitter how the then PM – his close friend and political soulmate – was planning to sack him and the “emotional” confrontation in No10 that followed.

Mr Kwarteng, who served just 38 days as Chancellor, revealed he told Ms Truss: “This is mad. Prime Ministers don’t get rid of Chancellors.

“I think I told her at the time, this is going to last three or four weeks. Little did I know it was only going to be six days.”

Mr Kwarteng, now just a backbench Tory MP, told her “everyone knows” it was her idea to reverse the Corporation Tax hike which she was forced to abandon.

But he said adamant Ms Truss – the shortest serving PM in British history – believed she would survive if she fired him.

Despite her brutally knifing him to save her own skin, Mr Kwarteng insists the pair are still friends.

He also swung behind Rishi Sunak as a “very credible” PM but still urged caution on jacking up taxes at next week’s Autumn Statement.