HomeSTATESI threw myself over my van to stop it being towed away...
STATES
November 23, 2022 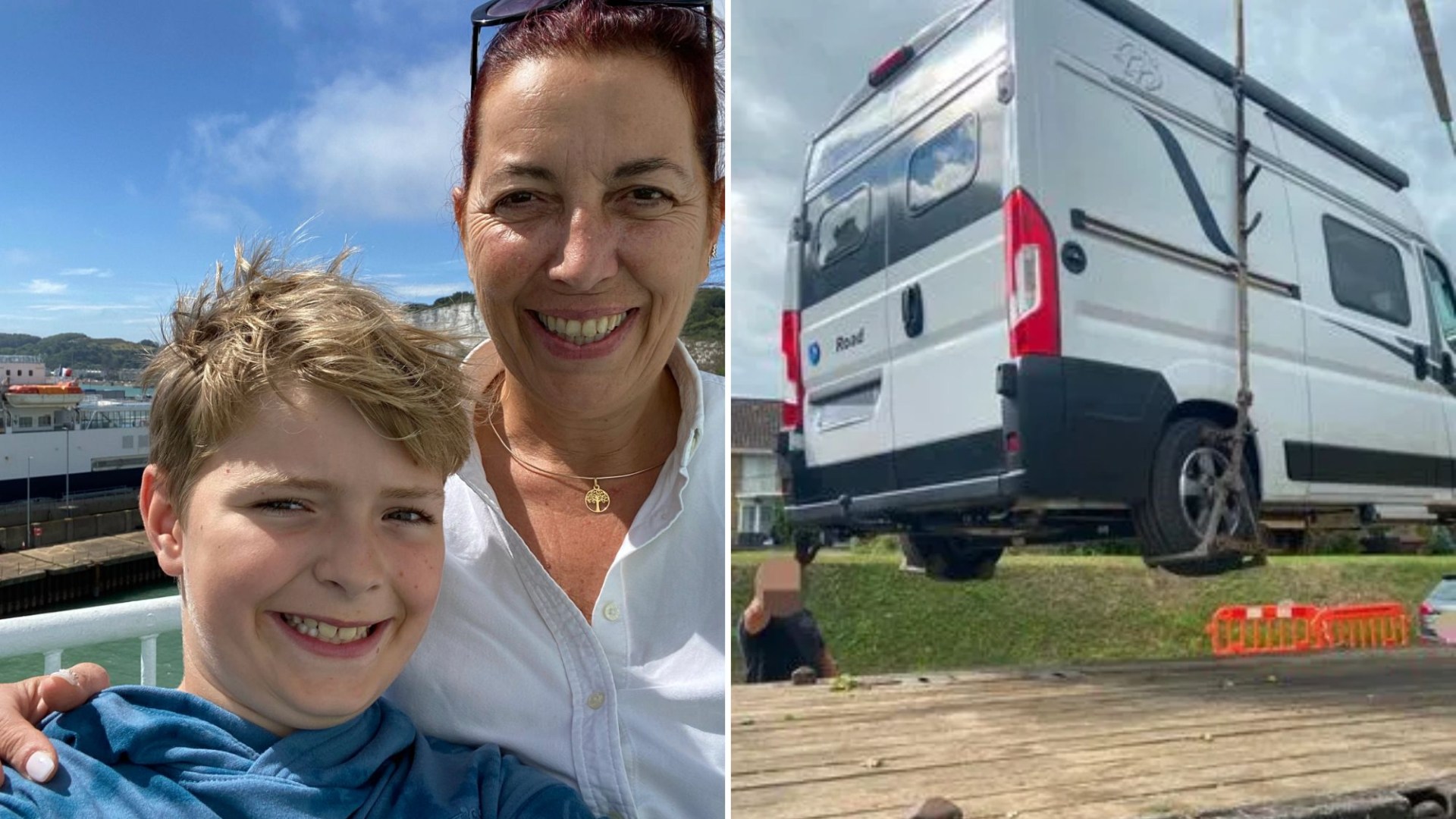 
A MUM threw herself onto the bonnet of her campervan in a desperate attempt to stop it being towed.

Loredana Luisi was in her pajamas when she watched her leased Knaus Boxstar 540 be lifted onto a truck from her flat window.

She rushed outside and demanded to know why the group of men were seizing the vehicle, which she had rented from Italian company Luisauto Caravan.

But they refused to back down so she jumped in front of the motor and called the police, saying she wouldn’t budge until they arrived.

A removal order stated the van was abandoned and untaxed but both she and the rental company who own the van insisted it was taxed, insured and used regularly.

The order was signed by Loredana’s neighbor Anne Kennedy, who lives in the same block of flats and is listed as the director of the firm that manages the property in Hamble-le-Rice, Hampshire.

Loredana told The Mirror: “I went out there in pajamas and asked these people ‘who are you and what is the name of your company? Can you show me some documents? Why are you taking my camper van?’

“They didn’t care and acted as if I wasn’t speaking to them. They continued taking the van into the air and putting it onto this big truck. I told them ‘please stop it. I will call the police, you are stealing my van.’

“Nothing. They didn’t care. The only thing I was able to do was put my body in front of the truck to stop them moving.

“I told them ‘if you want to steal my campervan you will also have to kill me because I will not move from the front of the truck until the police arrive’.”

However, when cops arrived they reportedly said it was a civil matter and so they could take no action.

Loredana had reportedly received a note on June 17 asking her to contact HMS Property Management Services to “avoid further action being taken”.

She said she visited the HMS offices three days later and was told that the van was considered a commercial vehicle and so could not use the car park.

However, she insisted that it was not used commercially and that a neighbor had a similar van parked there.

A 28-day removal notice was then reportedly placed on the van on July 1, which said a forced removal was possible if that period expired.

Loredana appealed against the notice and disagreed with its reasoning, but on September 10 neighbors alerted her that the van was being removed.

An neighbor said: “We are just staggered, to say jaw on the floor…it’s extraordinary. I am just so horrified. I can’t actually believe it happened.

“It definitely wasn’t abandoned because she was driving it every day.”

The distraught van renter has been handing out fliers in the village to raise awareness.

“When I walk I have to walk with my head up so I can see in the front and also I have to give an example to my son that you cannot accept when these kind of people do these kinds of things.”

A spokesperson for Hampshire Police said: “We were called at 2.49pm on September 10 by a member of the public reporting a person at risk of breaching the peace in relation to a vehicle being removed from Green Lane in Hamble-le-Rice.

“This is a civil matter and no further police action is being taken at this time.”

A spokesperson for UK TES claimed the camper van was “legally removed after a 28 day Tort was applied and spent”.

They said: “After the 28 days the owner does not own the vehicle any longer and the housing association/management are liable for any legal action that may take place.

“Our service is free we do not charge for the removal of vehicles that are abandoned on private land and it is free for housing associations.”

They also claimed that the Italian log book could not be accepted because the writing on it did not line up with the boxes it was meant to be in, which they said had been verified by the DVLA.

A spokesperson for Luisauto Caravan said: “All our rental vehicles are legally insured both in Italy and abroad and taxed.

“We hope that this absurd affair will be concluded as soon as possible.”

Despite claims by UK TES about the log book, a DVLA spokesperson said they had no record of speaking to the firm and would not usually advise on non-UK documents unless asked by the police.

A spokesperson for the property management company said: “Despite extensive efforts to resolve this situation we were ultimately left with no option but to arrange the removal of this vehicle.

“Ms Luisi failed to engage as an owner of the vehicle and has failed to comply with the terms of the lease, despite our continued encouragement to do so.

“It is unfortunate that matters have reached this level when a sensible and amicable solution could so easily have been achieved. The lease agreement is very clear, and we have at all times acted professionally.”