HomeSPORTSUFCI had my worst concussion 'falling off of a pole' - Vanessa...
SPORTSUFC
November 23, 2022 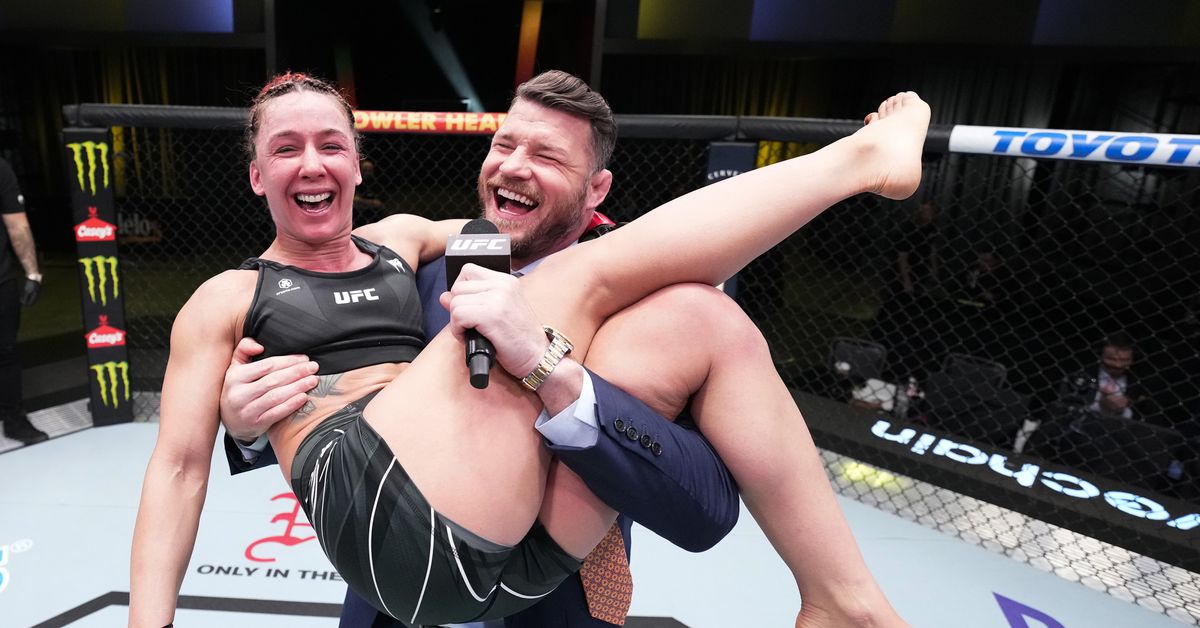 
Vanessa Demopoulos has been making a splash in the Octagon. The former LFA strawweight champion made her UFC debut back in 2021 with a rough loss to JJ Aldrich, but has found nothing but success since—picking up her third straight victory at UFC Vegas 65 this past Saturday, October 19th.

While winning has plenty of its own rewards, the victories are extra sweet in the case of ‘Lil Monster’ who plunged into the life of being a full time fighter after quitting her job as an exotic dancer. In a recent interview on the MMA HourDemopoulos talked about making the transition and why she gave up her more stable profession.

“It was the worst,” Demopoulos said of balancing both jobs at once (via transcript MMA Fighting). “Staying up late, constant stimulation, overstimulating your nervous system that late at night. I’d get home, I couldn’t sleep. My body automatically wakes up so early for training that even if I go to sleep late, I was only getting three hours of sleep because I’d automatically wake up. It just wasn’t good for me in a lot of aspects. I have to give a lot of my emotional energy to the job, and I just want to focus on fighting.

“So I took a risk, actually. I really didn’t have the money to quit and I believed in myself enough and I was like, ‘I’m going to make this happen, no matter what.’ So I burned the bridge and I walked away.”

While it seems like the move from stripping to fighting would only be harder on the body, Demopoulos might disagree. Especially since she claims that the worst concussion she ever suffered did not come from a punch, but a fall from a dancing pole.

“[It hurt] like hell,” she said. “I had the worst concussion I think I’ve ever had falling off of a pole. I fell straight down, it was almost two stories.

“I instantly woke up and ran, and then I had this giant bag of ice on my head, and I fell to sleep on the bag of ice, so that’s how I knew that I was badly concussed. For sure [worse than anything I felt in fighting.]”

No word yet on when the 34-year-old may be looking to return to competition. But, with her latest successes it seems more and more obvious that her change of careers is paying off.