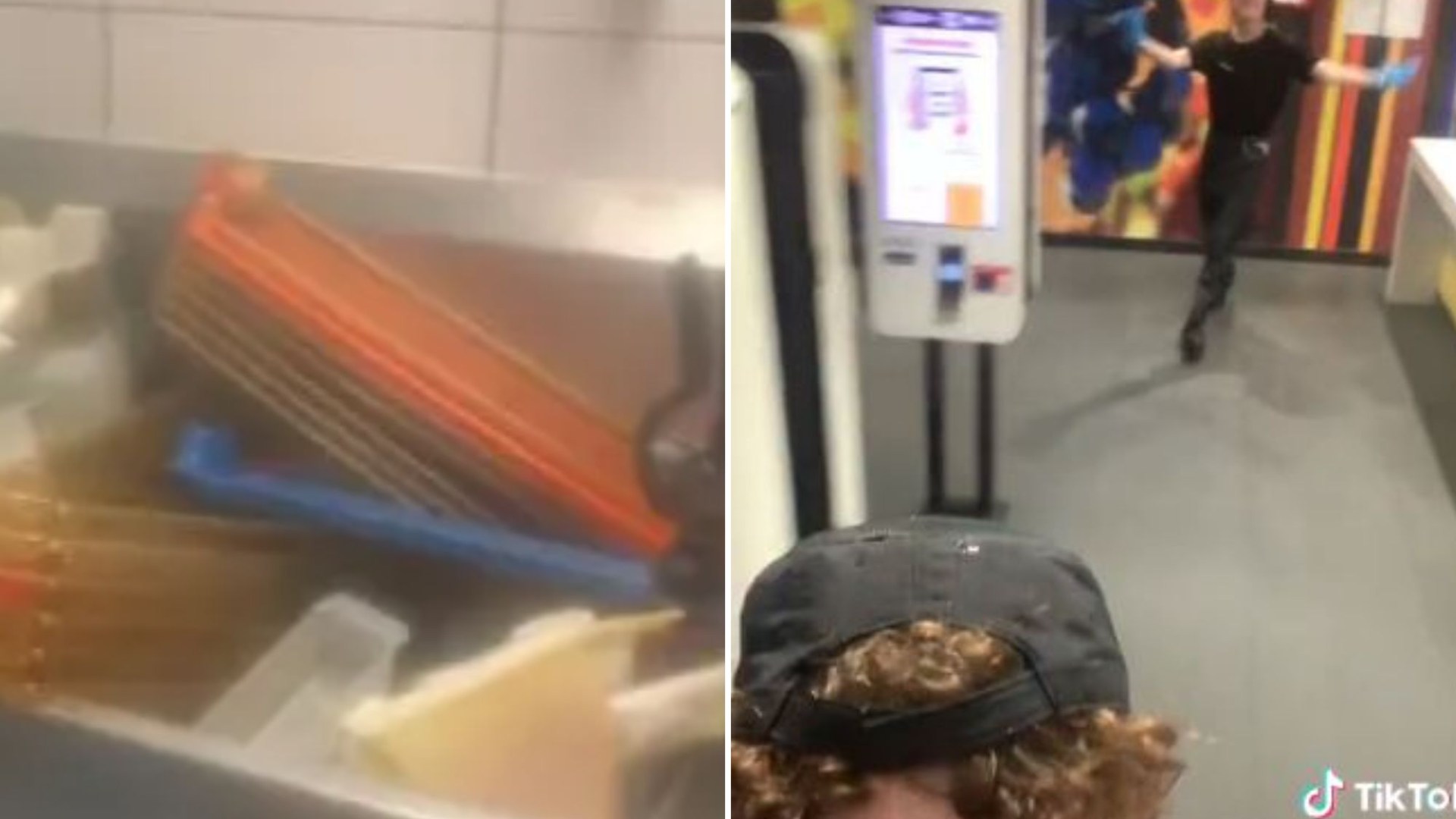 
A MCDONALD’S worker filmed himself QUITTING after refusing to do the washing up, prompting his furious boss to chase after him.

The young man, from New Zealand, appeared to abandon his role at the fast food restaurant after telling his manager he wouldn’t be scrubbing the dishes.

In a video posted to TikTok, the man is seen approaching the pile of cooking utensils, dishes and grills in a sink.

The bloke turns to his manager and says: “Ashley? I quit!”

His frustrated manager is heard shouting after him as his shocked colleagues watch on.

One person is heard saying: “No! Get back here!”

He is seen walking out the door, telling his workmates: “I quit, I’m leaving Maccas. See you on the flip side b*****!”

The man captioned the video: “They really thought I was going to clean that.”

His video has since been viewed almost 5 million times, garnering over 5,000 comments.

Viewers have been divided by his antics, with some agreeing he was right to walk out while others suggested he should have just got on with it.

One person said: “McDonalds was my first job, that’s a regular amount of dishes, pick up your socks boi.”

Another wrote: “That’s actually not that bad, I work at McDonalds that takes like half an hour.”

Someone else commented: “Should wait till after payday to quit hahahaha.”

The young man subsequently informed his followers the clip was just for a laugh, writing: “Disclaimer for anyone who doesn’t get it. This is a joke.”

His escapades come after an employee actually DID quit his job in a sensational video on TikTok which saw him call his boss a “b***h”.

Maxwell Dean left his job in Utah on June 24 after growing tired of his “rude” regional manager’s “belittling” behavior.

In footage shared on the social networking platform, the 31-year-old confidently approaches his soon-to-be ex-boss as he prepares to deliver the news.