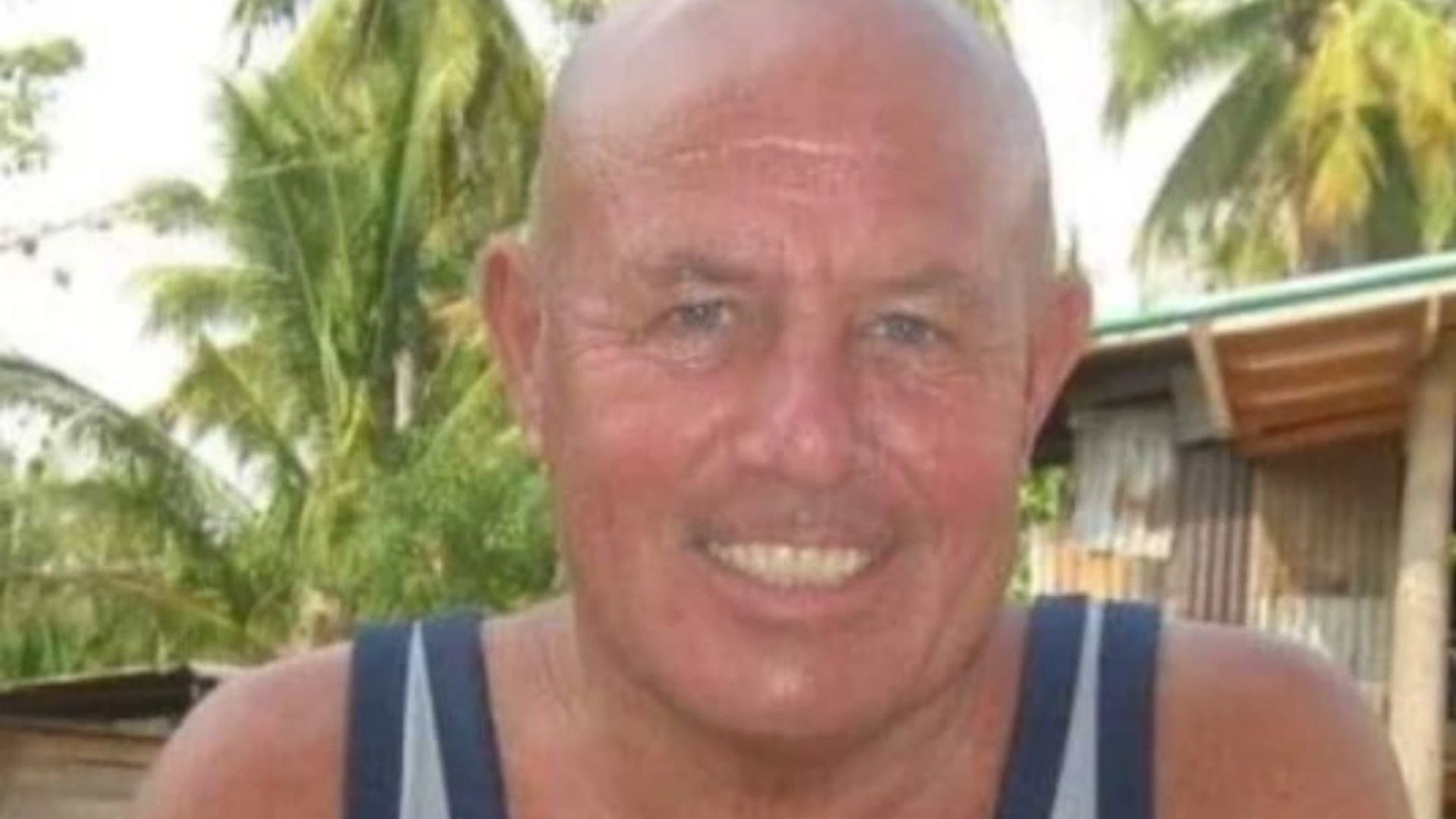 
A BRIT dad is facing having his leg amputated after it was devoured by a flesh eating bug from an insect bite while on holiday.

Alan Stephenson, 73, is in an “appalling hospital” in Thailand where he is desperately waiting to hear whether medics will have to remove his infected limb, says his worried son Kristian.

He suffered the freak reaction to the scorpion bite which developed into the gruesome disease that stripped the skin and flesh from his leg from toe to knee.

His family has set out to raise £18,000 for a mercy flight to bring him home from a remote part of Thailand and save his leg.

Alan, from Hull, had traveled to Thailand to spend a few months exploring the country.

After being bitten, he rang Kristian on November 9 to say he was in hospital and feeling worse and worse.

The 44-year-old endured a grueling journey to be by his father’s side in a ramshackle hospital, miles from the nearest city.

He feared for his father’s life after seeing cockroaches crawling on the hospital ceiling and stray cats eating food left out for patients.

His father was in “absolute agony” and so confused he could not remember where his visa or documents were.

Kristian said: “It was like something from Banged Up Abroad. The hospital conditions were appalling and didn’t have the resources to do anything with his leg. I thought – he is going to die here.”

Alan suffers from diabetes which led to his leg becoming red and swollen.

A short time later, the infection flared up and Alan was diagnosed with a flesh-eating disease.

He then gave the devastating news that amputation was the only option.

“His leg looked horrendous, but because he wasn’t being turned over or helped out of bed, he had bed sores that were just as bad,” Kristian said.

While his father was battling the infection, the place he had been staying was demanding rent and taking his belongings to cover the cost.

The hospital was also demanding that the soaring medical bills be settled in cash, even though the nearest ATM was nearly two miles away.

The family decided to move Alan to a better but more expensive hospital in a nearby town.

Doctors there said they could remove the infected leg, but the operation was repeatedly rescheduled, leaving the family with spiraling bills for treatment.

Hull MP Karl Turner, who has been helping the family, said: “Since Kristian contacted my office regarding his father’s situation I have been speaking with government ministers continuously to see if they can help with Alan’s repatriation to Britain.

“I am aware that Kristian is now with Alan but he is apparently struggling to get support from the British consular teams in Thailand.

“I will continue to push government ministers to ensure that Kristian and Alan get the support they need at this incredibly worrying time.”