HomeSPORTSUFC'I don't know what his problem is' - Ryan Spann responds to...
SPORTSUFC
November 23, 2022 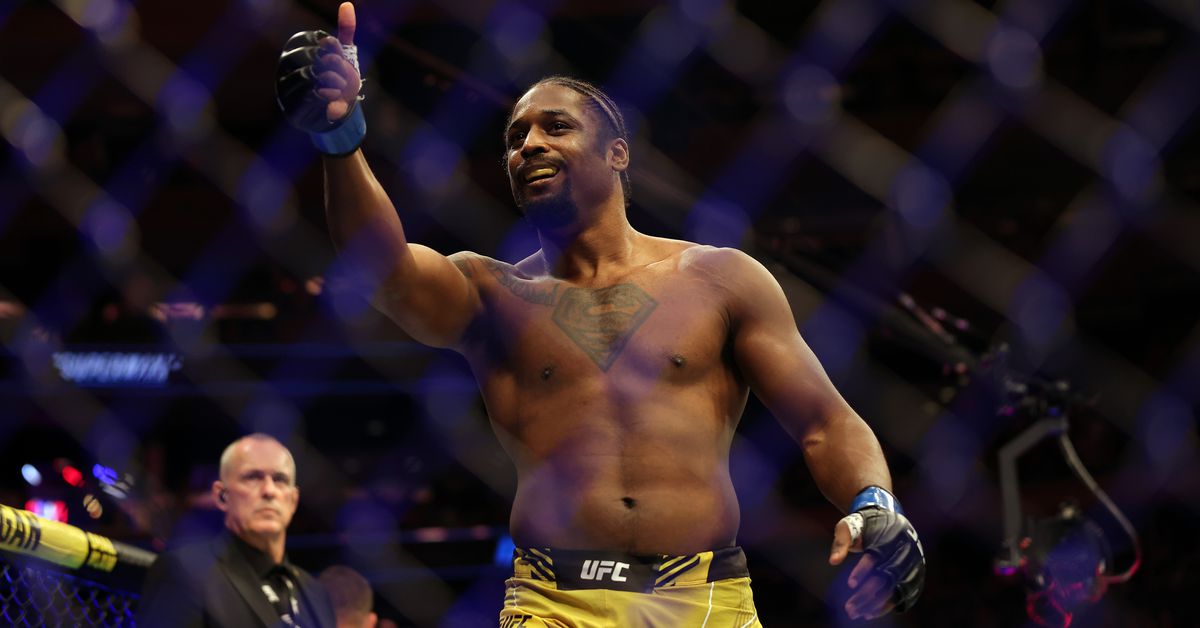 Shortly after scoring a first-round KO at UFC 281, Spann told UFC color commentator Joe Rogan he wanted someone in the top five for his next fight — but excluded the names at No. 4, 3 or 2. That would leave either No. 5 or no. 1, which Smith and Glover Teixeira occupy. And with Teixeira scheduled for a championship rematch against Jiří Procházka at UFC 282, it appeared as though Spann was hinting at a rematch with Smith.

Smith took the hint and responded to Spann on a recent episode of the Believe You Me podcast. For ‘Lionheart,’ it seems that he wanted to make it clear that he has little to no interest in a rematch with ‘Superman,’ especially since he already holds a win over him.

“I don’t know what happened in our fight that left him with any confidence that he thinks he can still beat me or that he deserves a rematch,” said Smith. “I had him on ice skates until he was shooting takedowns, I strangled him, and then stood over his body, reminding him what he said he was going to do to me. So, he’s my b—h forever and he knows it.”

Eventually, Smith did leave the door open for a potential rematch with Spann. Should Spann do something super impressive, the Factory X product could give him another shot. But until then, Smith has put his former foe on the back burner.

During an appearance on The MMA Hour with Ariel HelwaniSpann seemed confused by the hostility from Smith all around.

“I don’t know what his problem is,” said Spann. “I don’t know why he’s bringing my name up. All I said was I wanted two numbers. That’s all I said. Even in the first time when I said his name, I said I want the winner of this fight when he was fighting [Jimmy] Crute. I said both of their names. I said the winner of that.

“At no point have I ever called that man out,” continued Spann. “But the time will come, but right now, we have some in-house things that are more of a pressing matter, that has our attention as a team. At this point right now, it’s not even about me, but it’s all good. So whatever he has, his time will come.”

When that time comes remains to be seen, as Smith has yet to return to the Octagon following his second-round TKO loss to Magomed Ankalaev at UFC 277 this past July. In that fight, the one-time title challenger broke his ankle, requiring surgery.