HomeSTATESI am constantly being called a bully online because I have an...
STATES
November 12, 2022 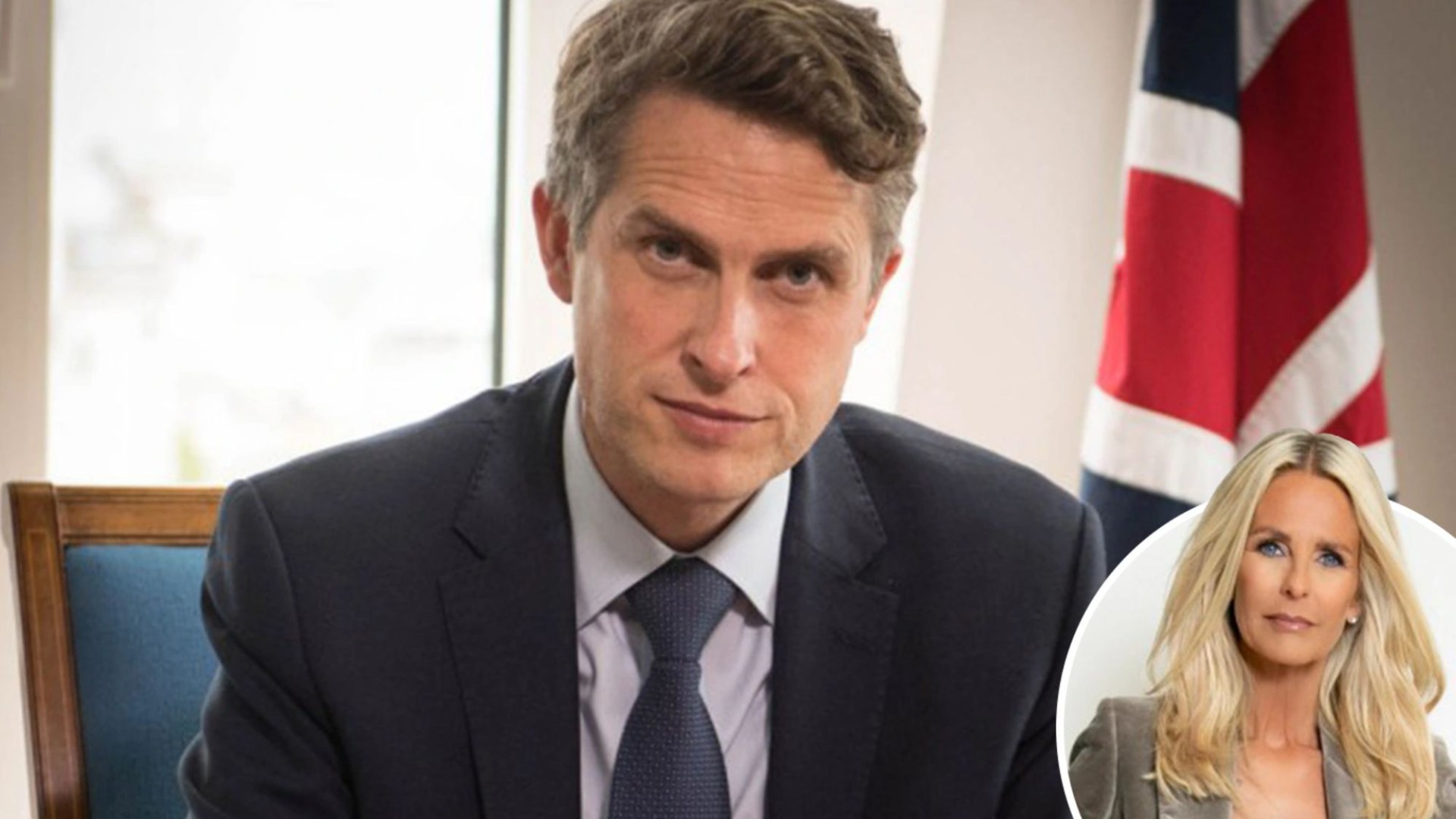 
I’VE never been a fan of Sir Gavin Williamson, so good riddance to him and his alleged bullying rubbish.

He’s the kind of guy who reckons he’s a hard man and takes himself too seriously.

He is what my stepfather would call a bit of a “twerp”.

Besides, any man who keeps a tarantula in his office in the hope of striking fear into those who enter. . . has got to be a bit insecure, no?

Or do my comments make me a bully?

Wally Williamson’s alleged language to colleagues was — if it was as reported — unacceptable.

And almost more sweary than the way I talk to my kids.

Though I’d never tell them to “slit their throats”, as he allegedly did. That’s not even funny.

Thankfully, I’ve not had the misfortune to work with Williamson and it could be that he does bully those around him.

But while bullying is a form of abuse, the question is, was he being a bully or was this a one-off snapshot of a rude, abusive situation?

There is a difference. There isn’t a cell in my body that defends Williamson but the word “bullying” seems to be thrown around with astonishing frequency.

​According to the dictionary, bullying is something undertaken “by a mean or predatory person who intimidates, abuses, harasses or coerces people — especially those considered unlikely to defend themselves”.

​This week, my friend Vicky Pattison put a playful, sarcastic post on her Instagram account joking about how her fiancé has the “emotional capabilities of a slipper”.

Without pausing for breath, the social media giants took it down, accusing her of using hate speech. You couldn’t make it up.

​Vicky is prominent on social media, with more than five million followers, and puts her profile to good use, showing both the glamorous and basic sides of life.

She is a huge critic of bullying. And here she was, joking about the man she loves, respects and will soon marry.

It was just comical, lighthearted and impish.

Oh the irony. It’s not just worrying that the platform is using auto-maton monitors with no capacity to tell a joke from real harm, but more concerning that male followers were quick to call her out on it.

They clearly felt bullied. No one should have the audacity to suggest a man has the emotional capabilities of a piece of comfortable indoor footwear.

That could damage someone’s mental health forever (that’s sarcasm, btw, for those of you who might be triggered).

I see the funny side first but can read between the lines. As an intelligent, mature woman, I believe I can tell the difference between vindictiveness and sarcasm.

But it seems the world is fast losing its ability to do the same.

Shining a light on mental health and abuse of others has been long overdue.

But now the scales seem to be tipping in the wrong direction.

We understand that words and deeds can cause harm. But it seems now no one dares to, or is allowed to, say boo to a goose.​​​​

One wry comment, a remark or a personal opinion doth not make a bully.

I’ve had a couple of stories taken down by Insta. One was when I “threatened” a friend of mine (chef Tom Bateman) that I would “end him” if he ever served me goat’s cheese.

I got the same lecture as Vicky because my comment went against their community guidelines about hate speech.

Sportsmen and women, politicians and others in the public eye are often subjected to racial abuse, homophobia and misogyny in uninterrupted attacks — and no one bats an eyelid.​

I get called a bully online if I’ve given a balanced but frank opinion of someone.

Opinion, folks, is not bullying. But we seem to have embarked on this salacious love affair with all things sensitive, vulnerable and triggering (another word I hate), so much so that we’ve become addicted.

It’s as if we are now riding on some kind of reactionary horse of brooding and self-pitying navel-gazing, through the delicate woodland of offense-taking and hypersensitivity — and now we just don’t seem to know how to dismount.

​The irony is that we’ve become desensitised to the loud noise of trolls and real bullies but thrive on being hypersensitive about opinions and that quiet, funny, noise of irony. It’s completely irrational.

Sensibility and balance have left us. Rationale appears to have perished.

People are either shouting vile abuse and going unpunished OR they make a hilarious, sarcastic jibe and are castigated.

People need to take a chill pill. Those offended by a slipper or goat’s cheese need to calm down and relearn how to be reasonable.

Why have we lost the ability to understand the difference between bullying, insults, jokes and opinions?

Racism, homophobia and sexism are never opinions but abuse and hate.

However, comment, feeling and, God willing, sarcasm have to be allowed in public discourse.

Finding offense in everyone’s words is the demise of free speech.

Bullying is never acceptable. But this constant oversensitivity and feeling of being offended is tiring.

Sorry, Chris and Em, but you’re no Monty or Meryl

What does that even mean? And who says so?

He looks like a pretty average Joe to me. He certainly doesn’t ooze sexy, in my humble view.

And that’s because sexiness is totally subjective.

Who says what is sexy? For some, it’s Owen Warner showing his torso in the shower on I’m A Celeb.

For others it could be Monty Don fully dressed in his gardening regalia. (Defo the latter for me, if you’re interested.)

It’s like when Emily Ratajkowski was declared the Most Beautiful Woman In The World.

I mean, she’s hardly a dog’s breakfast but I couldn’t say she’s the most beautiful woman in the world.

Give me 73-year-old Meryl Streep any day.

Gino says he never did Lego or activities with his kids because he just didn’t want to.

He claims to come from a generation of men who go out to work and are not expected to play with their children, let alone feel guilty about not doing so.

A few things, Gino. I hear you when it comes to doing activities with your kids – I’ve never been Fun Mum.

I did find a lot of it boring, tedious and a brain drain. But I did it because, as a parent, it was expected of me.

I wanted to bond with my children and I knew it was good for them.

Secondly, David Beckham is hardly the first father to show that he goes off and does fun things with his kids.

Where have you been, Gino? There are countless dads who engage with their children away from work and actually enjoy it.

But worst of all, Gino’s comments show an arrogance and a damaging misogynistic and outdated trope that it is the work of women to entertain and play with children.

Men are purely hunter-gatherers. Except as those of us who live in the real world – not Gino’s chauvinistic one – know only too well, women now also hunt and gather.

They also go out to work, do the housework and entertain the kids while scrabbling around on the floor looking for their dignity and sense of self. I’m staggered by Gino’s comments.

He sells himself as a great family man but is clearly that on his own terms.

He does what he wants and what he likes and the rest is up to his wife and the mother of his children.

Calling it “traditional” or “generational” is not so much an excuse but a sign of great ignorance, and ultimately an insult to mums and dads who have a clear understanding of what’s required of them as parents.

Not the kind who do only the bits they want to.

SEEING Stormzy and his ex, Maya Jama, embrace at a showbiz event this week makes me wonder just how long before this couple gets back together.

Listening to his insightful interview with Louis Theroux showed most of us a side of Stormzy we have not seen.

It was clear, when he talked non-specifically about a relationship break-up, he was referring to Maya.

None of us is perfect in relationships but I felt that his admission of not having treated her right and having made mistakes did more than substantiate the rumors he cheated on her.

He’s full of regret and – this may be sexist – but it’s really good to hear men speak from the heart.

As women, we’re good at opening up and sharing but men, more often than not, wear their protective suit of armor which gives us women the feeling they can never be hurt or heartbroken.

Stormzy talked about how he hAcesparks’t treated his ex right – she should have been treated like a queen.

Which is cute and endearing but also continues the narrative that us women want to be put on a pedestal and praised and given some kind of royal treatment.

The reality could not be further from the truth.

I’d be embarrassed if a bloke treated me like a queen. But that might just be the independent me.

Unfortunately, when it comes to respectable behavior from men, the bar is so ridiculously low at the moment, it is, in fact, in hell.

We’d all just be happy with a bit of loyalty, consideration and the odd cuppa in bed.