How the new ‘Black Panther’ pays tribute to Chadwick Boseman 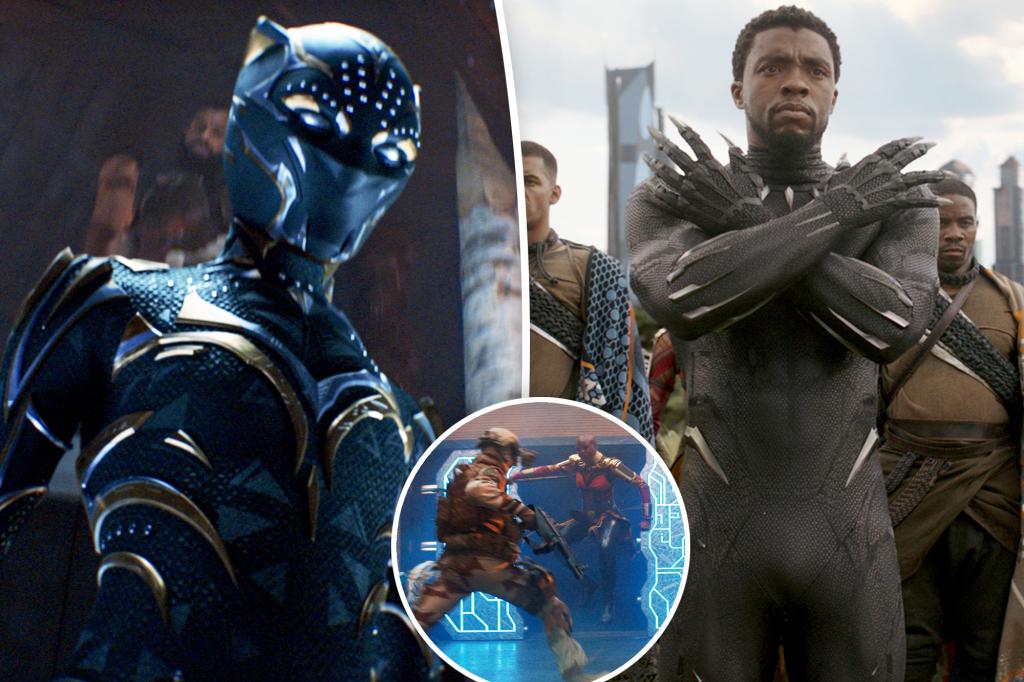 “Black Panther: Wakanda Forever” addresses both the death of King T’Challa and Chadwick Boseman — the beloved late star of the 2018 blockbuster that launched the superhero franchise — in its opening credits.

Typically, any Marvel film opens with the galaxy of its superheroes, but this time it only features Boseman as Black Panther. And instead of the usual Marvel theme playing, there is nothing but silence.

It’s a touching tribute to Boseman that has had fans in their feels right from the beginning of the highly anticipated sequel, which opened in theaters on Thursday night.

“Okay I saw Black Panther last night and during the opening sequence when they were flipping through pics of Chadwick. . . I’ve never heard a theater that quiet in my life,” tweeted one moviegoer.

Another tweeted that “the silence in the theater during the opening sequence dedicated to Chadwick was deafening.”

Rihanna’s “Lift Me Up” — the first single from the “Wakanda Forever” soundtrack, which opened at No. 2 on the Billboard Hot 100 this week — also served as a tribute to Boseman.

The 34-year-old pop superstar — who had been largely absent from music since releasing her last album, “Anti,” six years ago — also dropped another “Black Panther” ballad, “Born Again,” on Friday. The somber song plays over the end credits of the film, ensuring that there will be more feelings as you exit the theater.