How heartless Qataris are ‘snatching & EXTERMINATING’ pets ahead of World Cup 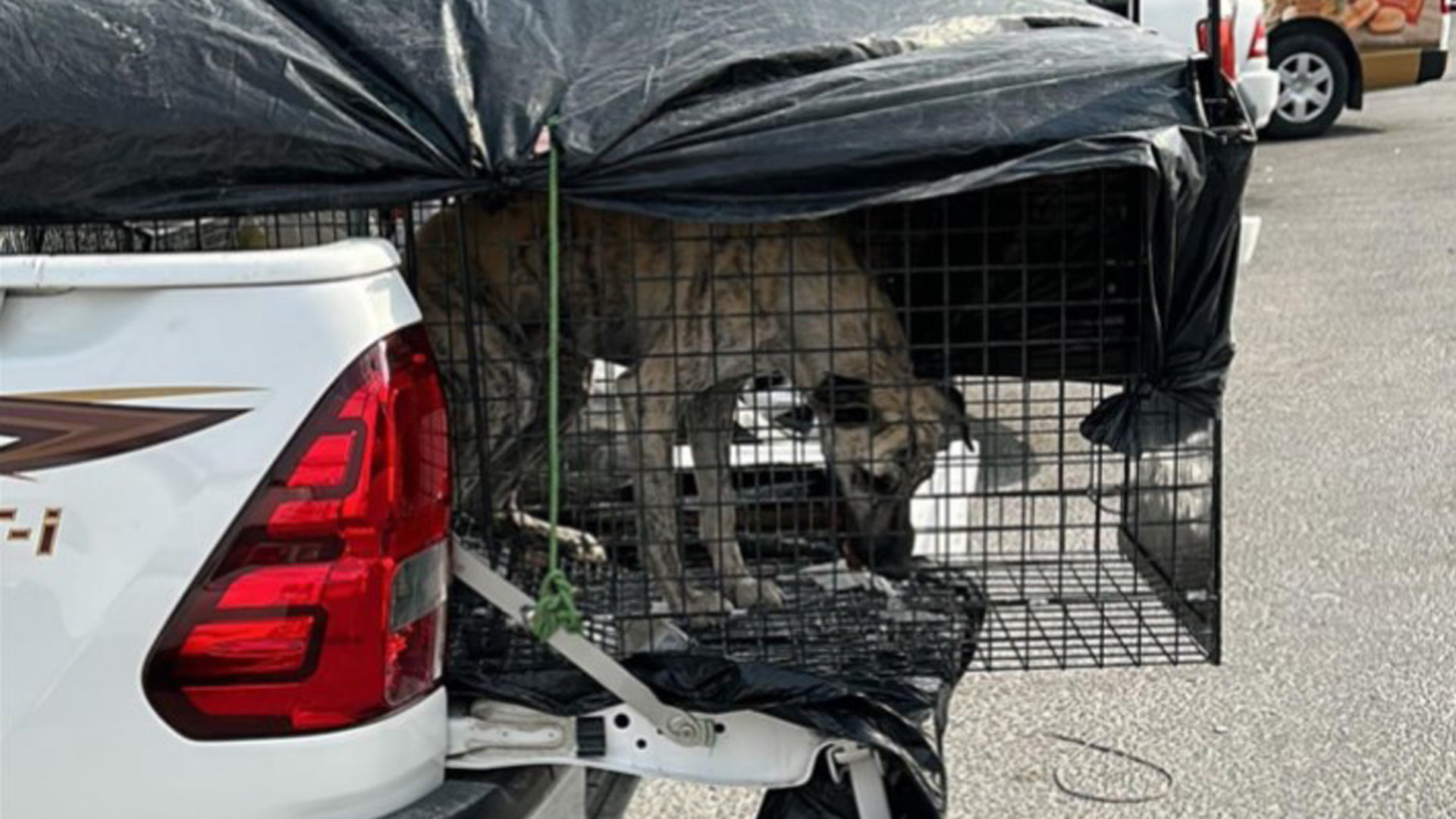 
QATARI authorities are snatching pet dogs and cats off the street that are seen as strays ahead of this month’s World Cup, an animal rights charity has claimed.

Paws Rescue Qatar, a Doha-based branch of the British charity Paws Rescue UK, issued the chilling warning just days before the controversial World Cup is due to kick off.

It shared a picture of a miserable-looking dog in a cage in the back of a pickup truck, reportedly after being snatched off the streets in Doha.

The group claimed that pest control companies had been given permission to round up animals and take them off the streets.

It warned that although the program was supposedly just targeting stray animals, multiple pet owners had come forward to claim their beloved cats or dogs had been taken.

The charity wrote on its Facebook: “Public information announcement. We have received many concerned messages from members of the public regarding managed dogs or cats on the streets or people’s own pets going missing.

“We have now been informed that certain pest control companies are now authorized to round them up under an agreement.

“This has been witnessed many times around Qatar by many people.

“Unfortunately we and many others involved are not able to verify where they are taken and what plan is in place for them. This is to make the public aware.

“We have been told that if you are missing a dog or cat and you are trying to locate them that you need to write through the
official channel to the Director of the Livestock Department with details so they can study the case.

“At this stage, we do not know if anyone has been successful.”

The Sun Online has approached the Livestock Department at the Qatari Ministry of Municipality for comment.

A spokesperson for one of the ministry-run shelters in Qatar categorically denied that any pets were being snatched off the streets.

They told The Sun Online: “We offer medical treatment and a safe place to keep the stray and abandoned dogs.”

The spokesperson added that the shelter has been running so-called TNR (trap, neuter, return) programs in Doha “for many years”.

They said that Paws Rescue Qatar had been invited “many times to visit and volunteer” in the TNR programs, and insisted: “We don’t go after people’s pets.”

The spokesperson went on: “If we receive an official complaint about stray dogs we go to assist the situation first and see if we would need any kind of medical help from the vets.

“After we catch them we scan them for microchipped to contact the owners.

“If they are not microchipped then we move them to the clinic and we put them in the medical isolation area for 15 days.”

Qatar’s dismal animal rights record has come under increased scrutiny recently, as the eyes of the world prepare to turn on the tiny Middle Eastern nation for the flagship football tournament.

In July this year, there was outrage after 29 dogs were shot dead at an industrial compound in Doha.

The animals were slaughtered by men armed with hunting rifles, who threatened guards at the factory before opening fire on the animals.

Among the dogs killed were several puppies, as well as heavily pregnant females.

Authorities in Qatar said police were investigating the killings, which drew outcry even from the sister of the country’s ruler, Sheikha Al Mayassa bint Hamad Al Thani.

The motive for the killing was not immediately clear, although activists claim dogs are often treated appallingly in the Gulf state where some believe that Islam considers dogs “unclean”.

One activist said that the killers told security guards that “a dog had bitten the son of one of the men”.

However, the compound was reportedly sealed off with high fences, meaning no child could have gotten near.

Activists said when the men showed up the dogs ran towards them thinking that “they were going to be fed”.

But instead, “the men started shooting at random,” the activist added.

Animal rights groups claim in recent years there have been many cases of animals such as dogs, and birds including flamingoes, being used for target practice by gunmen.

Paws Rescue Qatar has claimed that laws in Qatar outlawing animal cruelty are not being enforced.

A 2004 law criminalises mistreatment, but its enforcement is inconsistent, according to rescuers.

Last year, animal rights groups warned that an increasing number of strays was leading to higher numbers of reported abuse.

The country has long struggled with strays being abandoned by expats returning to their home countries, but the end of Covid restrictions is believed to have increased that figure.

In addition, rescuers warned in 2021 that construction projects ahead of the World Cup were forcing more and more strays into residential areas, where they are at greater risk of abuse.

One rescuer, who asked to remain anonymous, said they received calls almost weekly to save dogs who have been deliberately run over or even shot.

“The suffering we see is terrible and it’s getting worse,” they said.